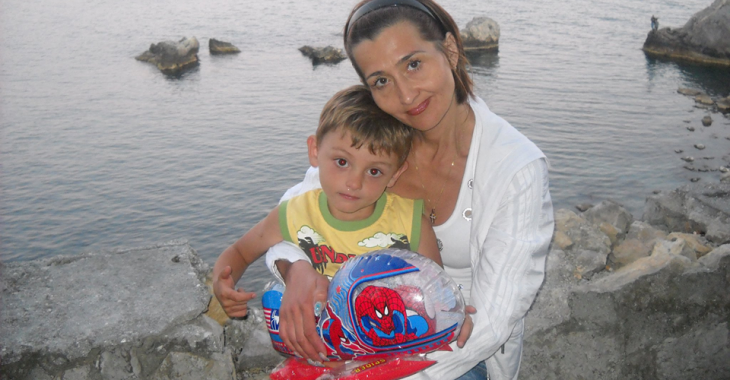 Natalya Zelenina has been imprisoned in the self-proclaimed ‘Donetsk people’s republic’ [DPR] since November 2017, although her potentially life-threatening plight has only recently been made public.  Zelenina’s colleagues at the Svitanok Club charitable fund had originally feared that publicity could harm her, but now understand that it is the 11-year sentence on absurd drug smuggling charges that could kill her.

Zelenina is HIV-positive and a drug addict who had been on opioid substitution therapy (OST) for several years.  The head of the Svitanok Club, Natalya Bezeleva explains that this treatment is not actually prohibited in ‘DPR’, and that the self-styled ‘republic’ has even adopted a law on fighting AIDS which is similar to Ukraine’s and does allow for the use of substitution therapy.  The program, however, closed in Donetsk, Horlivka and Yenakiyeve after the medication ran out  in 2016.

Zelenina was offered such treatment from a Vinnytsa dispensary, and had travelled to Vinnytsa and back to occupied Donbas several times without any incident.  All of this was according to the Ukrainian state program and entirely legal, yet in December 2017, she was stopped by DPR militants at the checkpoint between ‘DPR’ and government-controlled Ukraine.  Her buprenorphine medication was found, and even though she had documents confirming that this had been legally issued to her, she was ‘arrested’ and imprisoned in SIZO [remand prison], charged with drug smuggling.

Bezeleva says that another reason that they avoided publicity was that Zelenina had lawyer, on whom they had all, including Zelenina herself, pinned their hopes.

The problem is that while, on the one hand, DPR has followed government-controlled Ukraine on measures to fight AIDS, it has also adopted a ‘drugs policy’ which is almost identical to that of the Russian Federation.  This policy is punitive and imposes huge sentences, including in cases where the buprenorphine was legally obtained medication.

Zelenina was sentenced to 11 years, despite the fact that the regional narcologist came to the ‘court’ and confirmed that Zelenina was his former patient but that the program had ended, thus forcing her to seek the treatment in government-controlled Ukraine.

In the SIZO she has not been receiving replacement treatment, but has, at least, received the antiretroviral medication needed to suppress the HIV virus and prevent it progressing. Once she is transferred, as planned, to the Snizhne prison colony, this will also not be available, which is one of the reasons why her colleagues say that the 11-year ‘sentence’ would effectively be a death sentence.

They have no contact directly with Zelenina, but communicate with her mother who has passed on all the necessary documentation.

Her mother also came to Kyiv and lodged a request with the Ombudsperson Lyudmila Denisova to have her daughter included on the exchange list.  Worryingly, Zelenina has also applied to the so-called ‘DPR ombudsperson for inclusion in the list and received an official refusal.  It is not clear why.

This is not the first time that the DPR militants have imprisoned a person for small amounts of OST medication for personal use. 51-year-old Andriy Yarovyi was seized while on a monitoring visit to the so-called ‘Luhansk people’s republic’ [‘LPR’] in August 2018.  He remained imprisoned until the exchange of prisoners on 29 December 2019 (details here).