Russia calls Ukrainians in Crimea ‘foreigners’ and forces them to sell or lose their landUkrainians forced to take Russian citizenship, or lose their homes in occupied Crimea Putin hands out flats to turncoats who betrayed Ukraine in Russian-occupied CrimeaCrucial victory for Ukraine in ECHR case against Russia over Crimea Bandera. An Invitation to a Calmer ConversationMass detention of Crimean Tatars travelling to political trial in Russia Abducted, tortured and spending seventh Christmas in Russian solitary confinement Ukrainians forced to take Russian citizenship, or lose their homes in occupied Crimea The childhood Russia ended in 2020 with machine guns and arrests Moscow’s proxy ‘republics’ announce that Donbas is and always was ‘Russian’Russian invaders of Crimea imprison Ukrainian for ‘state treason’Russia seeks to imprison three Crimean Tatars for 50 years on thought crime chargesRussia’s Show Trial must go on, however many Crimean Tatar political prisoners it killsMPs challenged to fight Russian repression by adopting a Ukrainian political prisonerCriminal proceedings under Article 111 of CC of Ukraine against the journalistsInternational Criminal Court finds grounds to investigate war crimes in occupied Crimea and DonbasRussia passes grotesque 19-year sentence against head of Crimean Tatar TV ATRPutin signs ‘law’ imposing 10-year sentence for ending Russia’s occupation of CrimeaReprisals swift after former Crimean Tatar political prisoner takes Russia to court19-year sentence demanded against Crimean Tatar businessman for wanting Russia out of Crimea
• Topics / Human Rights Abuses in Russian-occupied Crimea 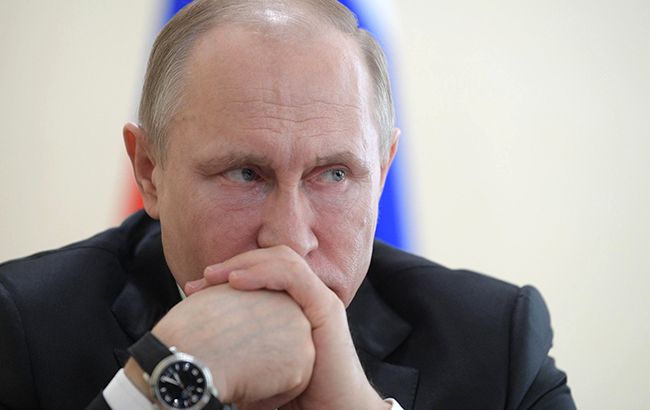 Six years after illegally invading and annexing Crimea, Russia is to prohibit Ukrainians from owning their own land.  Russian President Vladimir Putin’s decree, dated 20 March 2020, prevents those he calls “foreigners” from owning land in most parts of the occupied peninsula.  This effectively strips Crimean Tatars and other Ukrainians who have not taken Russian citizenship of their land rights.

The decree makes amendments to a list of “coastal territories” which “foreign nationals, stateless persons and foreign legal entities” cannot have land rights to. The list includes most parts of occupied Crimea, except for three regions without access to the Black Sea

Anton Korynevych, President Volodymyr Zelensky’s Representative on Crimea, condemned the move, pointing out that Russia is in breach of the Geneva Convention on the Protection of Civilians which expressly prohibits the destruction or expropriation of property by occupying powers.  Russia is forcing Ukrainians who have not taken Russian citizenship to either do so, or to sell their own property within a year.

Such policy, he says, has for a long time now resulted in human rights violations and war crimes.  He points out that the Prosecutor of the Autonomous Republic of Crimea has, together with the Regional Centre for Human Rights already notified the International Criminal Court in the Hague about war crimes such as the mass destruction and expropriation of property owned by the state or by individuals.

Refat Chubarov, Chair of the Mejlis of the Crimean Tatar people, believes that the degree is aimed at speeding up colonization of Crimea and stresses that there must be swift reaction from Ukraine’s leaders.  He says that Russia is creating a supposed legal mechanism which it will claim creates conditions for bringing Russians to settle in Crimea.  Russia does not have the resources to set up all these Russians, so he sees the decree as an attempt to “create a market of cheap, ‘free’ land”.  He is convinced that the danger of expropriation exists even for those Ukrainians who were forced to take Russian citizenship after annexation.  This includes most people with children since Russia made it effectively impossible to keep employment, register children in schools and medical clinics, etc. without its citizenship.  “They can at any moment be declared citizens of Ukraine and stripped of their land”, he warns.

Boris Babin, a former President’s Representative on Crimea, also fears that the decree could lead to land being confiscated.

It has long been clear that Russia is trying to strengthen its illegal occupation of Crimea by changing the demographic makeup of the peninsula.  This is a war crime under Article 8 of the Rome Statute to the International Criminal Court and in violation also of the Fourth Geneva Convention.  According to Korynevych,  Russia may have ‘resettled’ as many as 140 thousand Russians since its invasion.  Russia is, at the same time, using gravely repressive measures against Crimean Tatars and other Ukrainians as a way of forcing many to leave Crimea or face arrest and likely imprisonment