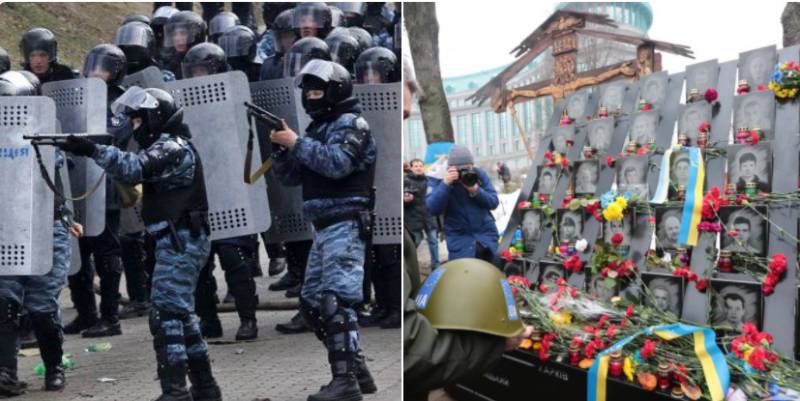 There are various explanations suggested as to why Prosecutor General Iryna Venediktova has forced Viktor Trepak from his role in charge of the department investigating crimes against Maidan activists.  The only motive truly difficult to believe is concern for the success and efficiency of Maidan investigations.  An NGO representing the families of Maidan victims has issued an urgent appeal to President Volodymyr Zelensky, calling on him to intervene and prevent a move that will halt recent tangible progress achieved by Trepak and his team of prosecutors.

Trepak was appointed Deputy Prosecutor General in October 2019 and given charge over the critical role in Maidan investigations carried out by the Prosecutor General’s Office, as well as on certain high-profile cases, such as the murder of Kherson activist Kateryna Handziuk.  It was under his leadership that significant progress was made in investigating cases that had been stalled for years.

In her comments shortly after news of Trepak’s removal, prosecutor Yulia Malashych referred to the arrest at the beginning of March of a key suspect in the abduction and savage killing of Maidan activist Yuri Verbytsky on 21 January 2014.  Serhiy Myslyvy is believed to have been one of nine ‘titushki’ or government-paid thugs hired to abduct and terrorize Maidan activists and to obstruct peaceful protests.  Another believed member of the same gang was also reported to have been arrested.  Malashych’s words are worth noting:  “Believe me, this is not simply an arrest, if the person had “the possibility and the finance” to hide for five years from the investigators right under the nose of those same investigators in Kyiv”.

What her department has achieved over a short period, she says, was to a large degree thanks to Trepak.

Trepak was appointed by Ruslan Riaboshapka and his dismissal may have been predictable after Riaboshapka’s disturbingly illogical dismissal at the beginning of March.  That does not make it any the less frustrating.

In the above-mentioned appeal to Zelensky, the relatives of Nebesna Sotnya, the activists killed during the Revolution of Dignity (Euromaidan), remind Zelensky of the promises he personally and others made to them when marking the sixth anniversary just over a month ago.

Venediktova’s removal of Trepak from his post in charge of the Maidan department has made all such assurances very empty.  The authors write that both from their own observations, and from the position of leading Maidan prosecutors whom they trust, it was thanks to Trepak that in recent months there had been positive moves forward in Maidan investigations.

They mention the arrest of the two believed ‘titushki’, as well as that of a former Omega special force officer, Volodymyr Kosenko.  The latter is believed to have fired the bullets which killed one activist, Oleh Ushneyvych, and seriously injured another (details here).

Under Trepak, a number of judges involved in wrongful prosecutions of Maidan activists, as well as police investigators, accused of wrongful prosecution, falsification of evidence, abuse of power, etc.  were presented with charges.  One of the latter, Artem Yeltsov, was in hiding, and a court hearing on choosing a preventive measure is due on 30 March.  Andriy Portnov,  deputy head of ex-President Viktor Yanukovych’s administration during the Maidan protests, has come out publicly in support of Yeltsov.  According to Maidan lawyer, Yevhenia Zakrevska, it was after this that Yeltsov failed to appear after being summoned for questioned.  Portnov is one of the key figures in major efforts over recent months to discredit the Revolution of Dignity and Maidan activists, and he will certainly be celebrating Trepak’s removal.  In February and March at least four judges were charged over their role in, for example, ordering the imprisonment of Maidan activists who had committed no crime.

Venediktova appointed two new Deputy Prosecutor Generals on 25 March, putting one of them – Andriy Lyubovych – in charge of Maidan investigations. The authors of the appeal note that during Maidan, Lyubovych was the head of the criminal investigation unit with the Dnipropetrovsk Region Prosecutor’s Office. Local prosecutors took part in detaining, jailing and prosecuting local Maidan activists, with these cases all later dismissed as unfounded by courts and the fact of wrongful arrest and imprisonment established.   The authors of the appeal are convinced that Lyubovych has an anti-Maidan standard which must inevitably impact badly upon Maidan investigations and the position of the prosecutions in court.

They point also to earlier concerns about a Venediktova appointment in her capacity as Acting Director of the State Bureau of Investigations (which has been handed around half of the Maidan investigations).  As reported, Venediktova appointed Oleksandr Babikov First Deputy Head of the State Bureau of Investigations despite a glaring conflict of interest given Babikov’s former role as one of the lawyers defending Yanukovych who is in hiding in Russia.  Despite irrefutable evidence of this role, it was constantly denied both by Venediktova and by Babikov.  There are also grounds for suspecting that Babikov was not, as claimed, chosen after a fair competition, but effectively knew from the outset that the job was his (details here).

The families of Maidan victims believe that Venediktova is now continuing these suspect appointments in her new role as Prosecutor General.  They call the appointment of a person “with an anti-Maidan position” to head the department of Maidan investigations a demonstration of systematic sabotage of the investigations and a focus of persecuting Maidan activists.  They write that they are now concerned for their own safety.

“Will you really close your eyes to this, Mr President? Will you forget your own promises and allow her to do this?  This is entirely your responsibility, and there is nobody you can hide behind”.

They demand a return of the Maidan department to under Trepak’s control, and removal from all Maidan cases of Lyubovych who is himself implicated in the persecution of Maidan activists, and, therefore, has a conflict of interests.  Otherwise, Venediktova herself should be removed.