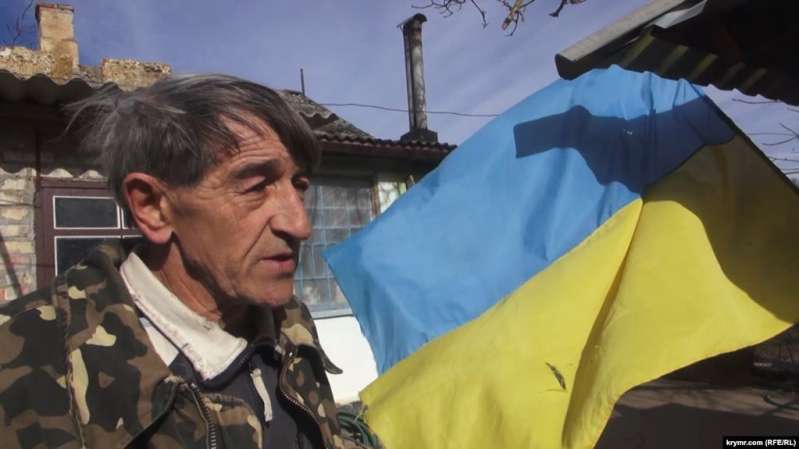 The trial is shortly to begin in Russia of 61-year-old Ukrainian Oleh Prykhodko on charges almost certainly linked with his pro-Ukrainian views and unconcealed opposition to Russian occupation.  He is currently still imprisoned in the Simferopol SIZO [remand prison], but will shortly be transported to Rostov-on-Don in a series of moves from prison to prison which are gruelling and dangerous, even without the current pandemic.

Although Prykhodko is adamant that he will prove the absurdity of the charges against him, his trial is to take place in the same Southern District Military Court in Rostov which has been passing politically-motivated sentences against Ukrainians since soon after Russia’s annexation of Crimea.  The lack of any grounds for the charges has not proven an impediment in other cases, and even the wild implausibility of one of the charges against Prykhodko is unlikely to make any difference here.

Prykhodko was arrested on 9 October 2019 after the FSB turned up and carried out ‘an inspection” of Prykhodko’s garage.  The 61-year-old had been completely open about his opposition to Russia’s invasion and annexation of Crimea, and the family had a Ukrainian flag on their land.  He had already faced harassment and administrative proceedings on trumped-up charges for his pro-Ukrainian position earlier.  Since the harassment had included at least one search of his premises, it is inconceivable that he would have tried to store anything illegal where it would certainly be found.  Judging by the video footage of the search in October 2019, Prykhodko was not allowed into the garage and the FSB would have brought their official ‘witnesses’ with them.  They allegedly ‘found’ a TNT type 200 explosive, a detonator for UZRGM-2 and cut welding arcs, supposedly for insertion within the explosive device.  They claimed then that Prykhodko had been planning to blow up the local administration building, but that the FSB had prevented this .Prykhodko was taken away, and remanded in custody the following day.

Early this year, a truly bizarre charge was added, with Prykhodko accused of planning to blow up the Russian general consulate in Lviv, Western Ukraine.  It is claimed that Prykhodko was planning an arson attack on the General Consulate “in order to impact the taking of the decision by the authorities of the Russian Federation of the need for the Republic of Crimea to be part of Ukraine.”  He allegedly found some person in mainland Ukraine, whom the investigators have not identified.  They do, however, claim that he rang this unidentified individual and proposed carrying out the above-mentioned attack.  The investigators claim that he subsequently had a text message conversation with this individual and planned the attack during October 2019.

This is yet another of the FSB’s cases based solely on alleged ‘plans’ and supposed evidence ‘found’ by the FSB without lawyers or independent witnesses present.  Prykhodko was arrested a month and two days after Russia released several prominent Ukrainian political prisoners in exchange for MH17 suspect Vladimir Tsemakh.  The men released included Volodymyr Balukh, another Ukrainian from Crimea whose case bore eerie similarities to that now facing Prykhodko.  Both men had suffered earlier harassment which was openly linked to their Ukrainian flags and opposition to Russian occupation, and in both cases, they were supposed to have obligingly hidden ammunition or explosives just where they could be ‘found’.

Another ominous similarity with previous politically motivated prosecutions is that the FSB illegally took DNA samples from Prykhodko. Sheikhmambet explains that on 9 October, after he was brought to the FSB in Simferopol, a person came up to him, claiming to be a doctor.  Claiming that this was part of an examination, the individual asked him to open his mouth and with a cotton wool tampon, he took DNA samples.

The combination of planted explosives, daubed with illegally obtained DNA traces, which is unfolding in the prosecution of Ukrainian activist Oleh Prykhodko, has already been used against at least three Ukrainian political prisoners whom Russia designated as ‘saboteurs’.

During his last meeting with lawyer Nazim Sheikhmambet, Prykhodko asked to pass on his thanks for the support given to him and his family, and to all political prisoners.  He stressed the grotesque nature of the charges against him, saying that despite his opposition to Russian occupation, it was inconceivable that he could have turned to terrorism and violence which he calls evil.

The first hearing in this new political trial in Rostov is scheduled for 9 April.