Ukraine’s new Prosecutor General moves to reverse progress on solving Maidan crimesWho is behind the campaign to discredit Maidan and turn its victims into perpetrators?Sombre Anniversary with hopes of justice for Maidan victims waningTaras Matviyiv, Maidan activist killed in Donbas saving comrades declared Hero of UkraineUkrainian jailed in Russia’s revenge for Maidan punished because of back pain Ukraine SBU officers on trial for the killing of 72-year-old Maidan activist Judge who persecuted Maidan activists could get millions in ‘compensation’ following Supreme Court rulingUkraine’s most malicious miscarriages of justiceFormer Kremlin hostages put release of all Ukrainian political prisoners on the agenda Crimean Resistance to Russian Aggression and Moscow’s Savage Revenge Protests throughout Ukraine following 7-year sentence against civic activist Serhiy SternenkoWill anyone answer for the killings on Maidan?ECHR finds Ukraine breached the right to life over Maidan killing and multiple other violations Zelensky gives top post to official involved in storming of Maidan MPs challenged to fight Russian repression by adopting a Ukrainian political prisonerSavagely beaten Maidan activist Tetyana Chornovol formally charged with a non-existent murderPost-Maidan Tale of ImpunityTotal impunity for Ukrainian politician suspected of involvement in killing of journalist SerhiyenkoNo end to Russia’s revenge for Ukraine’s Revolution of DignityUkrainian prosecutor hurries to acquit judge who persecuted Maidan activists
• Topics / Human Rights Violations associated with EuroMaidan 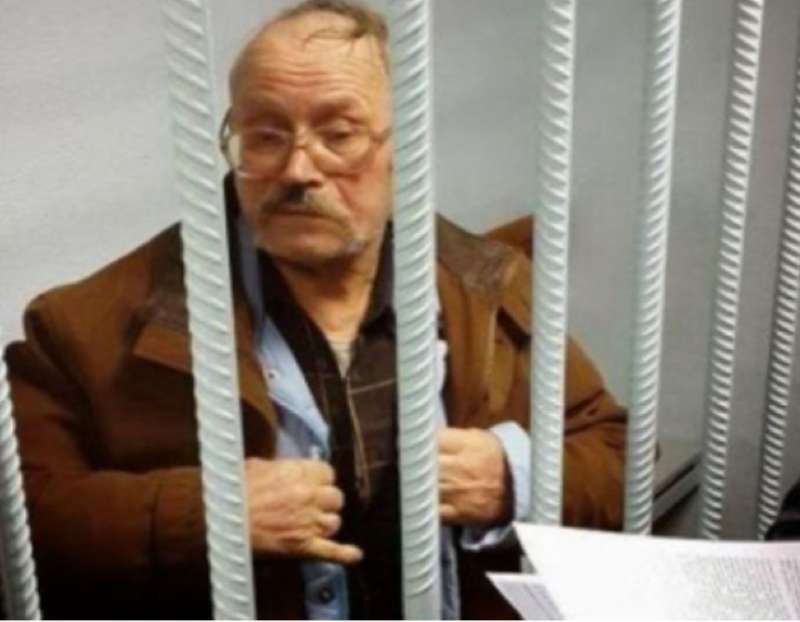 78-year-old Mykola Pasichnyck died on 26 March 2020, six years after he was beaten on Maidan by Berkut special force officers and then remanded in custody, charged with attacking those same well-trained officers, some 40 years his junior.  Neither prosecutor, nor judge thought it of relevance that it was Pasichnyk who had needed hospitalization, nor did they ask how a man who had lost control of one arm was supposed to have attacked anybody.

Mykola Pasichnyk had come to Kyiv from his home in the Vinnytsa oblast for the Unity Day procession on 22 January 2014.  He immediately went to Maidan and joined other activists going to Hrushevsky St where Berkut had burst through a Maidan barricade. The elderly man was unable to run away from the Berkut officers who came at the activists, beating all in their path.  A baton blow to the head caused him to fall and lose consciousness, and he was later diagnosed as having concussion.  That, however, was after he was dragged away to a police van and taken to a police station. 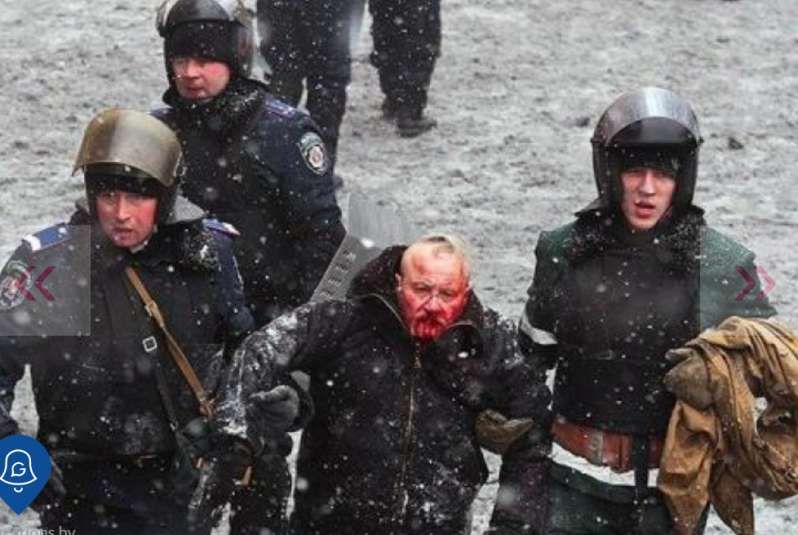 During a so-called ‘search’, the officers claimed to have found seven Molotov cocktails in the very small bag he had with him.  Charges were then laid of both organizing mass riots and of beating Berkut officers, with judge Yulia Shvachach, from the Obolon District Court in Kyiv remanding him in custody for two months.  The elderly man clearly needed medical care, and thanks to the intervention of some politicians and wide publicity, he was later released under house arrest.  After the Revolution of Dignity, his criminal proceedings were terminated for lack of any crime.

Danylo Mokruk has put together a video in which he spells out all the names of those involved in attacking and then prosecuting the 72-year-old, and how they have effectively escaped accountability for evident falsification and wrongful prosecution.  While some may think it too strong to call this “the death of justice”,  it would be hard to deny that it is a betrayal of all the commitments made after Maidan.  And a denial of justice that, in Mykola Pasichnyk’s case, can now never be fully rectified.

The ‘investigator’ in the case was Vitaly Matyusha who later successfully got through the re-accreditation procedure which, at least in theory, was supposed to ensure a new, reformed police force, and is working for the police in Boryspil, outside Kyiv.

Charges were laid against Matyusha, the Obolon Prosecutor Andriy Saichuk, and  Deputy Prosecutor  Ilona Klyuhe over the falsification of the case against Pasichnyk.  Saichuk died on 11 February 2019 while in the process of reading the material of the case.  All three suspects had been taking an inordinately long time to read through the case material, with the court not even trying to hurry them up.  When the surviving two suspects finally managed to read to the end, a different kind of circus began, with judge after judge from the same Obolon District Court withdrawing themselves from the case, with each such withdrawal taking a huge amount of time to be considered.  Mokruk says that the record-breaker here is judge Olena Zherera, who took a full six months to find time for the ruling which finally took her all of five minutes.   That was a month before Mykola Pasichnyk died.

Nor is the case ready even now to be examined, since it has been sent to the Dniprovsk District Court, with a judge needing to be appointed there also.

Klyuhe is, however, reported to have fallen under the lustration law and been dismissed from the prosecutor’s service.  There are grounds for thinking that this law may be declared unconstitutional, in which case Klyuhe would quite likely demand compensation and / or her job back.

It was reported in January 2016 that Shvachach, the judge who imprisoned Pasichnyk, had been dismissed over breach of her oath.  Mokruk however says that, although no longer a judge, she is now in charge of a department within the court,

Mokruk notes that two prosecutors sat opposite Pasichnyk, supporting the criminal proceedings against him.  Serhiy Morhun now has his own law firm, however Iryna Holovko (then Iryna Minchuk) is continuing to work in the prosecutor’s office, and competing for a post as anti-corruption prosecutor.

As reported here, the new Prosecutor General Iryna Venediktova has begun her new career by removing Viktor Trepach, a person who had, for the first time, made real progress on Maidan cases, in the investigation into the savage killing of Kateryna Handziuk and others.  She has also come out saying that she wants prosecutors to once again wear uniforms and be a credit to the prosecutor’s service.  Mokruk points to the photos of the two prosecutors – Morhun and Holovko –  both of whom look ‘beautiful’ in their uniform as they sat trying to get an innocent man imprisoned on fabricated charges, and asks if this is really how she believes the prosecutor’s service should be ’reformed’.

Over the last six years, countless Maidan investigations were sabotaged in the above or very similar ways.  As Mokruk notes, we all have other issues in our lives, and it can be hard to keep following and demanding jjustice for the victims, and accountability for those who persecuted them.   Yet, when we don’t keep our attention on justice, it vanishes.