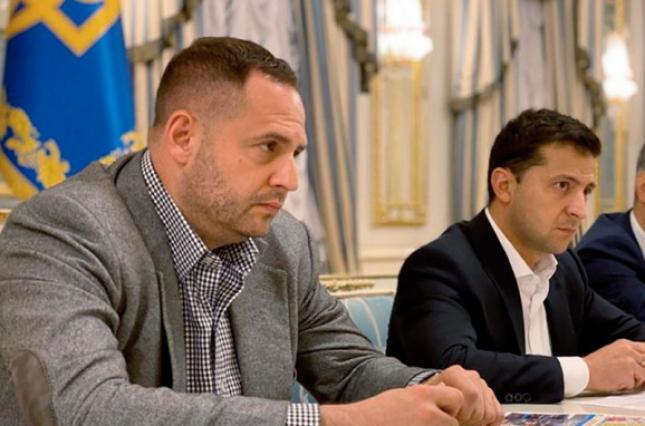 Russia’s Foreign Ministry has condemned Ukraine, Germany and France for thwarting its attempts to foist direct dialogue with occupied Donbas on Kyiv, with Moscow treated as a mere ‘observer’.  Unless this is all a stunt, it would seem that Ukraine’s leaders have heeded public outrage over plans for such dialogue, and Moscow is irate.

The Russian rendition of what was planned is, of course, quite different.  Moscow had purportedly been “working with the parties to the conflict: Luhansk, Donetsk and Ukraine”.  “Thanks to direct contact with our Ukrainian partners, we had succeeded in achieving important agreements able to break the stalemate on a process for regulating (the situation)”.   This included the broad agreement reached on 11 March to form an Advisory Council, signed by “Donetsk, Luhansk, Kyiv and OSCE, with the personal participation of the Deputy Head of the Russian President’s Administration Dmitry Kozak and Head of the Office of the Ukrainian President Andriy Yermak.”

Things began going wrong for Russia soon afterwards, with both Germany and France demonstrating unwillingness in telephone conversations to support such a move, and then the meeting of the Contact Group on 26 March, when Kyiv rejected it.  Moscow claims that the Ukrainian negotiators did not do this “without instructions from outside”.

In fact, the initial outrage was within Ukraine after news broke of what had been agreed in Minsk.  Distrust was fuelled by the fact that the real content of the meeting on 11 March was only learned on 13 March, thanks to a report by the newspaper Dzerkalo Tyzhnya.  The preliminary agreement, endorsed by Andriy Yermak, Head of President Volodymyr Zelensky’s administration, envisaged the formation of an ‘Advisory Council’, with 10 representatives from Ukraine and 10 from the self-proclaimed ‘Donetsk and Luhansk people’s republics’ [D/LPR].  These pseudo republics are under Russia’s political,  financial and military control, so giving Russia, as aggressor state, the same ‘observer status’ as that held by OSCE, Germany and France was a grave distortion of the situation, one that could suit only Moscow.

Yermak has since tried, very unconvincingly, to claim that no direct dialogue was planned with Russia’s proxy ‘republics’, and that this was about ‘dialogue’ between Ukrainians in government-controlled Ukraine and their fellow citizens in occupied Donbas.  His claims were dismissed by prominent Ukrainians, including many former hostages, such as Stanislav Aseyev, Iryna Dovhan, Ihor Kozlovsky and Volodymyr Zhemchugov.  The latter had paid a huge price for their patriotism, and made it quite clear that the agreement would make their suffering and that of countless others senseless.  The assertion that this was about dialogue between ordinary citizens was also rejected as nonsense and as totally unachievable in occupied Donbas which was recently given a rating of 5/100 on human rights by Freedom House (against 62/100) for government-controlled Ukraine.  Freedom House found that in these so-called ‘republics’ there is “no room for meaningful opposition” or free speech, and “the rule of law and civil liberties in general are not respected”.

There were also protests from civic activists, political analysts and 60 MPs from Zelensky’s own Servant of the People Party.  All pointed to the clear breach of the Law on Occupied Territory and were unanimous in calling any direct negotiations with the proxy republics inadmissible legitimization of formations that were totally controlled by the Russian Federation, as aggressor state.  By treating the Donbas militants as autonomous players, they warned, Russia and the international community would be able to treat the armed conflict on Ukrainian territory as “an internal conflict”, and not the result of armed aggression by the Russian Federation against Ukraine”.

In a recent press briefing, Yermak implied that the Council has not been taken off the table, but that they are consulting with France and Germany.  This might explain why Russia is clearly also blaming the latter for the failure of its latest attempt to legitimize its public formation.  In an interview to Ukrainska Pravda, Ukraine’s Foreign Minister Dmytro Kuleba said that the process was now suspended, but fell short of saying the idea had been abandoned. He does, however, assert that the structure of the Trilateral Contact Group remains unchanged: “There is a country which is attacking – Russia; a country which is defending itself – Ukraine, and the OSCE is in between. The Foreign Ministry’s position is very clear, and the ministry and I personally, as minister, are against any reformatting of the Trilateral Contact Group.”