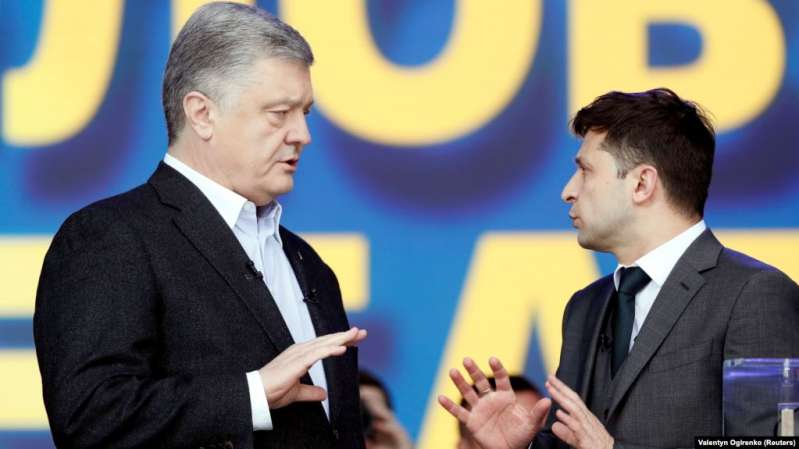 Ukraine’s new Prosecutor General Iryna Venediktova has registered five criminal investigations into “possible illegal actions” by former President Petro Poroshenko when appointing Supreme Court judges.  The most extraordinary of several potential charges is of “action aimed at the violent change or overthrow of the constitutional order or seizing of state power” (Article 109 § 1 and §3 of Ukraine’s Criminal Code).

This is the first criminal case against Poroshenko since Venediktova became Prosecutor General, but she actively promoted at least one prosecution in her capacity as Acting Director of the State Bureau of Investigators.  It is fairly widely believed that Prosecutor General Ruslan Riaboshapka was dismissed early in March at least in part because of his refusal to sign an indictment against Poroshenko.  Since his dismissal, Riaboshapka has reiterated his view that the charges were “legal rubbish”, unlawful and without foundation. In the same interview, however, he said he thought it likely that Venediktova would sign the document that she had, in all likelihood co-authored while SBI Acting Director.  A few days before this new criminal investigation, Venediktova was asked whether she had been appointed “to imprison Poroshenko”.  She claimed that Poroshenko’s name had not come up in her discussions with President Volodymyr Zelensky.  She did, however, add that she understands that this is how the public view her, and says that she “somehow” believes that Poroshenko also takes this view.

Since Zelensky became President, a worrying number of criminal investigations have been instigated by the State Bureau of Investigations against Poroshenko.  Most of them were prompted by Andriy Portnov, who was deputy head of ex-President Viktor Yanukovych’s administration during Euromaidan and only returned to Ukraine on the eve of Zelensky’s inauguration.  In December 2019, for example, it was reported that a criminal investigation had been launched against Poroshenko over the Minsk II Agreement in February 2015.  There are definitely reasons to be unhappy about that agreement, but it is absurd to charge Poroshenko with state treason’ over a political decision made at a time when Russia was waging a military offensive against Ukraine (more details here).

That criminal investigation seemed especially chilling given the obvious parallel with Yanukovych’s prosecution of his main rival, Yulia Tymoshenko, over a gas deal reached when Russia had cut off gas supplies to Ukraine and parts of Europe.

The criminal cases in which Venediktova, either as Acting SBI Director or Prosecutor General has been involved also elicit memories of the ‘selective justice’ applied under Yanukovych against Tymoshenko and former members of her government, ousted when Yanukovych came to power.

New charges were announced on 4 March 2020 of “seizing power and abuse of power”.  These involved two appointments – that of the deputy head of the Foreign Intelligence Service, and the other of two members of the High Council of Justice. It is these charges that Riaboshapka refused to endorse, and which he slammed as without any basis after his rather abrupt dismissal.

The criminal investigation which Venediktova has now initiated also pertains to appointments, but this time of Supreme Court judges.  It is supposedly aggrieved judges who approached the Prosecutor General’s Office. Even if that really is the case, there are plenty of appeals that go unheeded, and it is for the enforcement bodies to determine whether there are any grounds for a criminal investigation. Here the Prosecutor General’s Office has announced five such criminal cases, carrying a potential 10-year sentence, which are to be passed to the State Bureau of Investigations.

These “actions” are classified as abuse of power or official position, under Article 364 § 2;  interfering in the work of judicial bodies (Article 376 § 2); non-implementation of court rulings (Article 382 § 4); action directed at violation change or overthrow of the constitutional order or at seizure of state power (Article 109 § 1 and §3).

The Constitutional Court on 18 February 2020 issued its judgement in response to a  submission from the Supreme Court of Ukraine asking about the constitutionality of judicial reforms introduced in 2016.

These reforms had, first of all, dissolved the old Supreme Court, and created a new one, appointing a separate competition for this ‘new Supreme Court’.  The idea behind  these changes, the DeJure Foundation explains, was that the new procedure would make it possible to clear this highest judicial body from judges of questionable integrity.  However CCU revoked the 2016 dissolution of the Supreme Court without providing any instructions on the fate of both Supreme Courts.  There were other controversial consequences of that ruling (details here).

If the fact that CCU declares a legislative initiative to be unconstitutional were to be sufficient to bring criminal charges against the President or specific legislators, Zelensky would need to already be trembling about his fate once he loses presidential immunity.  All of these criminal investigations over political moves or on seriously strange charges are a disturbing echo of the recent past and, as such, something that should worry not only outgoing Presidents.