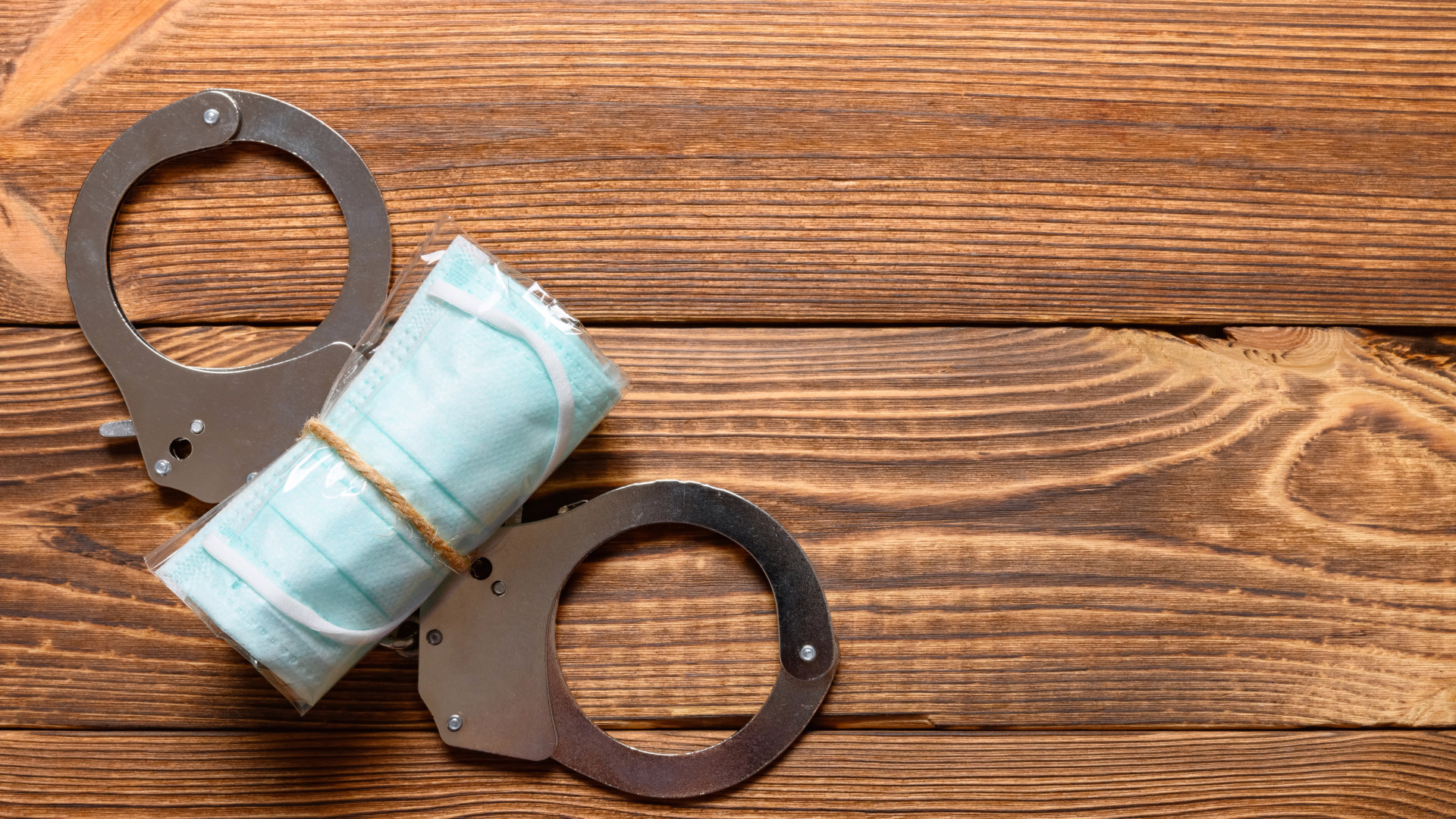 1. The number of new COVID-19 patients in Ukraine is steadily increasing every day, with the total number of confirmed cases reaching 2777 today (as to April 12). One of the most threatening sources of the disease can be penitentiary institutions (PI) and pre-trial detention centers (SIZOs). Also, the penal system is in a state of chronic underfunding, which, in particular, results in inappropriate conditions of detention in PI and SIZOs. Excessive concentration of convicts, inadequate material and sanitary and hygienic conditions, lack of adequate and sometimes any medical care at all, high levels of infectious and chronic diseases among convicts – these are far from being an exhaustive list of those problems that have a systematic character in State Criminal Executive Service of Ukraine (DCVS). This situation leads to the fact that, in the context of the announced COVID-19 pandemic, the virus can reach a penitentiary facility, causing a rapid and uncontrolled spread of the disease, first to convicts and subsequently to free citizens.

2. WHO/Europe office warned that “the risk of rapidly increasing transmission of the disease within prisons or other places of detention is likely to have an amplifying effect on the epidemic, swiftly multiplying the number of people affected”. In other words, “efforts to control COVID-19 in the community are likely to fail if strong (…) measures are not carried out in prisons as well” [1].

3. Recognizing these threats, the Ministry of Justice approved the Decree and, together with DCVS and the Health Center, a Prevention and Control Plan for measures to prevent and control on the spreading of COVID-19, which generally comply with existing international medical and administrative guidelines, designed to help prevent the spread of the disease. The main issue is the implementation of these measures in practice.

4. According to the convicts, in response to our questionnaire, a significant number of anti-epidemic measures are being implemented in practice. Several colonies look just perfect in this context. In some colonies, communication with the outside world has been converted to videoconferencing (though in some colonies one hour is given, in the other – one hour a week, and in the third ones – it is not provided at all), organized meals in the premises where the prisoners are held, reception of parcels and transmissions are carried out with the use of personal hygiene, whereby preliminary parcels are transferred to storage for one day and only after they are given to the convicted person. On the other hand, many of the requirements that may be crucial are not practically fulfilled. For example, neither changes in the movement of prisoners in the colony nor additional sanitary restrictions were imposed on the removal of prisoners to the work. Disinfection in institutions is carried out with excessive use of such agents as chlorine, which is itself a toxic substance that can lead to poisoning, acting, by the way, through the human respiratory system. Also, among the disadvantages for the convicts is the inability to engage in physical exercises which is important in the context of reducing the immune capacity of the organisms of the convicts. Convicts are not always allowed to take a walk in the open air, which also does not help to maintain their respiratory organs in proper condition. A major problem is the ability to provide the recommended social distance in detention facilities, a lack of awareness among the convicts about the desired behavior algorithms in preventing the disease and in case of detection of certain symptoms of the disease. Other problems include the lack of disinfectants, continuous temperature screening of prisoners and disinfection of public places. By statements of prisoners, one of the main shortcomings of anti-epidemic work is the non-compliance by the staff with the requirements of preventing the spread of the disease, in particular, not using personal protective equipment by the personnel.

5. One of the main recommendations of international institutions is to point out the feasibility of reducing the number of prisoners. It is obvious now that, regardless of national circumstances, the measures taken are not only insufficient but also impossible to take without the substantial and speedy release of certain categories of convicted and persons who are under custody under appropriate legal grounds. Such an event is one of the most widespread in other countries of the world. For example, in Iran, about 70,000 people were released from prison at the very beginning of the epidemic.
In March, the French minister of justice initiated the early release of several thousand convicts, whose imprisonment was nearing its end, and more than 6,000 prisoners were released (10% of the total). Turkey is considering a law to release 100,000 prisoners. There are plans to release 3,500 prisoners in the UK and 30,000 in Indonesia. There are many more similar examples.

6. This is known that the Ministry of Justice is considering three scenarios of the progress of the events[2]. Due to the first one, the coronavirus will not be got to the SIZOs and the PI at all. In the second scenario, in some institutions, there will be ill persons, but the situation will be under control and the disease will not spread. The third scenario is a large-scale outbreak. In our opinion, the third scenario is the most likely given the current situation in the SIZOs and the PI and due to that thought that the disease may manifest itself two weeks after infection. Therefore, in our opinion, the leadership of the Ministry of Justice, the leadership of the state should plan their actions based on only the third disappointing scenario. That is why the only way out in Ukraine today is to release as many prisoners as possible, who do not pose a public danger. Anyone who opposes such release should realize that he or she is, intrinsically, responsible for the lives of those prisoners who remain in the prisons and SIZOs and could be released.

7. Therefore, the justified release of convicts from serving sentences and changing the pre-trial detention measure for detainees should be recognized as a priority direction in countering the dissemination of COVID-19 in PI and SIZOs in Ukraine. Only then there will be a chance for effective prevention of the spread of the disease. The most widespread and universal practice for the PI is the conditional release of prisoners and the release based on the amnesty law. Let’s consider these two possibilities.

8. According to the DCVS, as of January 1, 2020, there were 52,863 persons held in penitentiary facilities, including 17,502 prisoners in 12 SIZOs and 17 PI with functions of SIZOs. In 2019, 35 361 were held in 76 prisons, and in 2018 – 37 048 convicts. In 2019, 13,109 persons were formally subjected to parole, while in 2018 – 14,670 persons. A total of 4,895 convicts were released under parole in 2019, representing 37.34% of the number of persons formally subjected to parole, and in 2018 – 5,552. or 37.8%. In 2017, 38.22% were released on parole, in 2016 – 41.15%, in 2015 – 47.2%, in 2014 – 53.5%[3].
This apparent tendency can be explained by the fact that the administration of the institutions required a bribe for the dismissal by parole. It is logical to assume that about the same number of prisoners now fall under parole, as in the previous year. And if instead of the existing judicial procedure of release, when the convicted person should have only encouragements and not have any penalty for a year, receive positive characteristic from the administration of the institution, and the administration will submit to the court for release, the prosecutor will not object and the judge goes to meet and release, if instead of all that, to introduce an automatic release on parole, as in Italy, there will immediately be released about 8-10 thousand convicts from the PI. We believe that such release is reasoned.

9. On March 6, Bill No. 3181 “On Amnesty 2020” was submitted to the consideration in Parliament. We believe it should be considered as urgent. According to the Ministry of Justice, approximately 900 convicts will be released after the adoption of this bill. In our opinion, in the context of the COVID-19 epidemic, there are reasonable opportunities to apply a wider amnesty. We suggest a further amnesty for anyone who has not committed a particularly serious crime and has reached retirement age or is a disabled person of group 1 or 2, as well as pregnant women and women who have children under 3 years of age. Besides, we consider it possible to amnesty those who have not committed a violent crime and have served more than half of their sentence, those who have committed a serious crime, but who have less than one year remaining by the end of their sentence, and those who still have to serve the punishment term of three months or less. Finally, in our view, it is quite appropriate to release the convicts, who are in 14 correctional facilities (there were 1,432 persons at the beginning of this year) and have served more than half of the sentence. The correctional centers do not have medical units, convicts go to the clinic, shops, etc. under escort and can communicate freely with the population of the areas where these centers are located, which creates additional risks for infection with COVID-19. The issue of amnesty is discussed in more detail in the accompanying table.

10. Pre-trial detention centers should be unloaded by avoiding the choice of a measure such as taking into of "new" suspects, accused and defendants, as well as by quashing the chosen preventive measure against those who do not put significant levels of social danger, do not pose a threat to society and for which doubts about their evasion from the investigation and the court are minimal. We are of opinion that such persons can be attributed to all those who committed negligent criminal offenses, persons who have committed minor and moderate crimes, as well as those whose detention is to expire in the coming month and who do not demonstrate such conduct that indicates an intense public danger of such persons. In such cases, it is advisable to involve probation authorities, which will be able to provide options for pre-trial reports characterizing the persons released from custody and assessing the risks of re-offending by such persons. In our opinion, the prosecutor offices should submit motions on changing the preventive measure

11. Finally, it should be noted that an amnesty or parole should not be mandatory. Those prisoners who have nowhere to return, sick prisoners who do not have the means to treat themselves (especially those with tuberculosis) should be allowed to remain in PI.

[3] All numbers are taken from the survey: “Criminal executive system of Ukraine 2019. A statistical survey”, Prison portal, http://ukrprison.org.ua/articles/1581323348