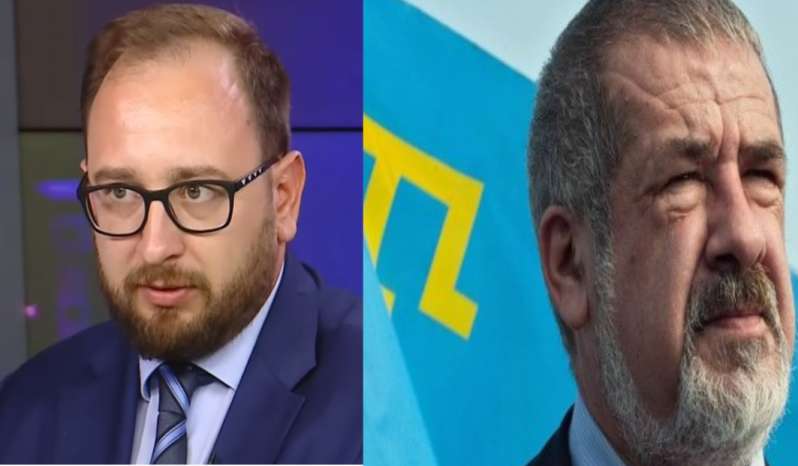 Russia’s Investigative Committee appears to be taking seriously its absurd new criminal charges against Refat Chubarov, head of the Mejlis, or representative body, of the Crimean Tatar people.  Seriously enough to try to block a defence lawyer who has already exposed their legal nihilism.  If, through its prosecutions of Chubarov and veteran Crimean Tatar leader Mustafa Dzhemilev, Russia is trying to justify flouting the International Court of Justice’s order to withdraw its ban on the Mejlis, it has chosen a very strange strategy.

Nikolai Polozov reported on 20 April that the investigator, Magomed Magomedov, has issued a decision removing him from the case, despite all the necessary authority from Chubarov himself. Magomedov claimed that since he had already defended First Deputy Mejlis leader, Akhtem Chiygoz, on essentially identical charges pertaining to the same event, that  “there could be contradictions” and was therefore excluding Polozov from the case.  Polozov dismisses the excuse given.  There has been a relevant judgement from the Supreme Court, however this applies to a situation where a lawyer’s defence of two defendants, one of whom is admitting a charge, the other rejecting it, could lead to problems in the lawyer’s qualified representation of both of them.  This was not the case here.  Chubarov was never involved in the prosecution and ‘trial’ of Chiygoz.  As reported, Chubarov even asked, several times, to be allowed to give testimony as a key witness.  Those requests were rejected for much the same reason as the present attempts to keep Polozov out of the case –because of all that they could expose.

Polozov says that, as soon as Russia “reanimated” the so-called 26 February case – “a model of lawlessness from beginning to end”, he anticipated that it would lead to new violations, with respect to Chubarov.  He had not, however, foreseen that such a flagrant violation of the right to defence would be committed by the investigator as the case was only beginning.  He has, of course, lodged an appeal, however this is with the Russian-controlled Kievsky District Court in Simferopol whose ‘judges’ under Russian occupation have seldom paid heed to the law.

On 23 March 2020, Russia’s Investigative Committee announced that it had initiated new criminal charges against Chubarov, calling him, in violation of the order from the International Court of Justice, “an extremist organization the Mejlis”.   He was accused, under Russian law, of ‘organizing mass riots’.  There were no mass riots that day, however there was a much more fundamental problem since the charges pertained to a pre-annexation demonstration that unequivocally took place on Ukrainian territory and under Ukrainian law.

Russia banished first Mustafa Dzhemilev, and then Refat Chubarov, from their homeland within the first months of its illegal occupation, and has previously also announced criminal charges for propaganda purposes.  It had seemed that the new charges, first against Chubarov, then against Mustafa Dzhemilev, were also a form of intimidation prompted by the active involvement of both Crimean Tatar leaders in organizing a March of Dignity on Crimea.  This has had to be postponed because of the pandemic, but certainly not cancelled.

The charges are preposterous, but Polozov says that it does look as though Russia is planning to seriously try another ‘mass riots case’ over the demonstration on 26 February 2014, with Chubarov this time designated as ‘organizer’.

Russia has already faced international condemnation over its imprisonment and trial of Chiygoz and seven other Crimean Tatars over the demonstration on 26 February 2014.  The prosecutions were openly anti-Crimean Tatar and appeared to be in reprisal against the Mejlis which had effectively prevented Russia from carrying out a coup that day and claiming that Crimea had voluntarily chosen to be annexed

Chiygoz was arrested on 29 January 2015, with two other Crimean Tatars – Ali Asanov and Mustafa Degermendzhy – both also imprisoned for two years on provably false charges over the demonstration.

Over the next two and a half years Polozov relentlessly exposed the political nature of the trial and revealed extremely uncomfortable details about Russia’s ‘operation’.  These included the accidental admission that among those present at the pro-Russian part of the demonstration were the so-called ‘private military company’ Black Sea and a paramilitary Cossack organization from Sevastopol.  It is believed, from the testimony of many witnesses, that it was after a large group of men arrived on coaches from Sevastopol and joined the pro-Russian demonstrators, that the pro-Russian side began behaving more aggressively (details here).

Only Crimean Tatars were targeted in this prosecution,  although pro-Russian demonstrators were present, and the two deaths that day were in fact on their side of the demonstration.  Nobody was charged over the deaths, probably because it was clear that no Crimean Tatar was to blame.  With respect to the death of Valentina Korneva, her husband specifically stated that he did not think the men on trial had had anything to do with it, and that it was probably paid pro-Russian thugs brought to the demonstration in two coaches.

Russia went through with this shameful ‘trial’ to the end, with Chiygoz sentenced on 12 September 2017 to 8 years’ imprisonment, and five Crimean Tatars, including Asanov and Degermendzhy, receiving suspended sentences. Chiygoz and another persecuted Mejlis leader, Ilmi Umerov, were both released into exile on 25 October 2017, in a deal negotiated with the help of Turkish President Recep Tayyip Erdoğan.  It now appears that the two men were in fact exchanged for two suspected Russia state killers, accused of at least one political killing in Turkey (details here).  The Kremlin is refusing to provide any information to Chiygoz about the decree to release him, presumably because of the unsavoury details about just whom Russia wanted in exchange for Ukrainian political prisoners.

Russia is clearly eager to be able to pin words linked to mass riots and violence on Crimean Tatar leaders, especially given the ruling from the UN’s International Court of Justice on 19 April 2017 ordering an end to the extraordinary ban on the Mejlis, and the ongoing proceedings at the Court.   They have a problem with this in general since Crimean Tatar resistance to Russia’s occupation and repression has been unwaveringly non-violent.  Returning to the demonstration on 26 February 2014 seems especially foolish, given the legal absurdity of the charges, the clear anti-Crimean Tatar nature of the case and, also, the fact that Russia will be yet again exposing the dirty methods it used to try to achieve a coup d’état in Crimea without the open invasion and sanctions that this provoked.  If Russia hopes that removing Polozov will enable it to conceal such details, it is seriously mistaken.