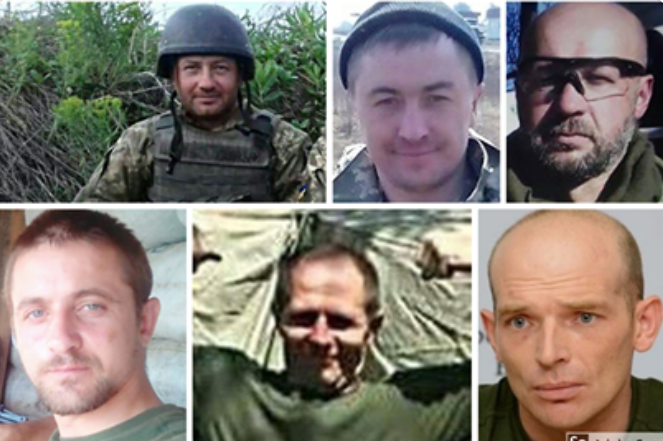 Despite considerable hype from Ukraine’s President Volodymyr Zelensky and his administration,  the last exchange of prisoners in April appears to have been a win for the Russian-controlled Donbas militants.  It was they who dictated who would be released and how many, and they who have left themselves most of the POWs and civilian hostages, including people both they and Russia have used for anti-Ukrainian propaganda.

Like Russia’s FSB, the militants in the so-called ‘Donetsk and Luhansk people’s republics’ [DPR, LPR] regularly produce videoed ‘confessions’ which have almost certainly been tortured out of men who are totally under their control.  Any such videos, claiming that men have deserted, feel abandoned or ‘have discovered’ that there are no Russian soldiers or mercenaries in Donbas cannot be viewed as credible, with the same applying to degrading video stunts for Russian propaganda.  All of this is in grave violation of the Geneva Convention on the Treatment of POWs.

The following are just some of the POWs the Russian-controlled militants are refusing to release.

37-year-old Hordiychuk is a solo father (of 10-year-old Maxim) who joined the Armed Forces in 2015.  His sister recalls his words at the time: “Who, if not I, will defend our land?”

He was taken prisoner by DPR militants on 22 May 2019, together with six other soldiers from the 53rd Mechanized Brigade.  It is not clear when one of the men, Roman Bespaly, was killed, however the militants first tried to hide his body, only handing it over towards the end of 2019.  Four of the men were released in stages, including Viktor Shaidov, one of the two POWs (together with Mykola Hrynenko) released in the 16 April exchange.  Hordiychuk and Pavlo Korsun, who is also 37, remain in captivity, with Hordiychuk’s mother, who is looking after Maxim, desperately trying to secure her son’s release.

The 30-year-old serviceman from the 24th Mechanized Brigade was captured by one of the illegal armed groups near occupied Maryinka in the Donetsk oblast on 28 July 2018.  Diachenko is from Vinnytsa, and had only signed up as a contract soldier two months earlier.  The first information about him came from Kim Duvanov, a fellow POW released in the December exchange, who spent several months in the same basement of the Donetsk SIZO [remand prison] as Diachenko.  The latter explained that he had been abducted during the night from 27 to 28 July.  He recounted that he had lost consciousness, though why is unclear, and that, when he came to, he was wet and covered in dirt, as though he’d been dragged through the mud.

He says that he was held separately and tortured for a month before being moved to the SIZO.

Svitlana Diachenko spent a year and a half frantically trying to find out what had happened to her son.  The family only learned that he was alive a month before Duvanov’s release when a person identifying himself as a lawyer phoned and said that he was ‘defending’ Diachenko during ‘court hearings’ and that his name was on the exchange list.

It was later learned that a so-called ‘DPR court’ had sentenced him to 13 years’ imprisonment – yet another breach of the Geneva Convention, since he was evidently a prisoner of war.   He was not, however, released, neither in December 2019, nor in the April exchange.  It is not even known where he is now imprisoned.

The 35-year-old is from the Mykolaiv 36th Naval Infantry Brigade and disappeared on 2 May 2018 near frontline Shyrokyne.  The Armed Forces immediately concluded that Chmil had decided to change sides.  Then on 23 May, the ‘DPR news agency’ produced a video during which Chmil says that he was declared a deserter after he was taken prisoner and that the militant command and the Kyiv authorities couldn’t care less about them. He then went on to repeat the same propaganda lines which POWs have been forced to repeat, such as that there are no mercenaries in Donbas, etc.

Such videos are produced while men are under the total control of militants who know how to apply torture without leaving evident marks.  There is no proof that this was the case here, but in most cases where POWs or civilian hostages have been released, they have confirmed that any such ‘confessions’ were not given voluntarily.

Chmil’s wife, Oksana, and his mother are both adamant that he could not have betrayed his country and defected to ‘DPR’.

The 44-year-old professional soldier from the Uzhhorod-based 128th Mountain Assault Brigade has been defending Ukraine in Donbas since early 2014.  In his case, there seems absolutely no doubt that his part in the video ‘confession’ and other stunt produced by the DPR militants after his capture on 9 February 2019 was anything but voluntary.

Myronchuk had been wounded several times, but kept returning to the front.  His sister-in-law, Olha Myronchuk says that he often repeated that he had to defend his country, and that if it were not for the lads at the front, the enemy could already be in our homes   Myronchuk received several presidential and other awards – Defender of the Motherland; for courage, for honourable service.

The propaganda videos were widely used both by the militants and by Russian propaganda media, and it was evident that Myronchuk had been forced to repeat standard elements of Moscow’s narrative about the conflict in Donbas, as well as claims about supposed abuse of alcohol and drugs in the Ukrainian Armed Forces (details here).

In Onishchuk’s case, as in all of those described here, it is his mother, Halyna Onishchuk, who has refused to give up fighting for her son’s return home.  Her suffering, and, of course, that of her son, have been the longest since Onishchuk was taken prisoner by illegal armed groups in the so-called ‘Luhansk people’s republic’ back in June 2015.  It was only with the major exchange of prisoners in December 2017 that his mother and the Defence Ministry received any confirmation that he was alive.  It is of major concern that the militants are so secretive about his whereabouts (scant details here