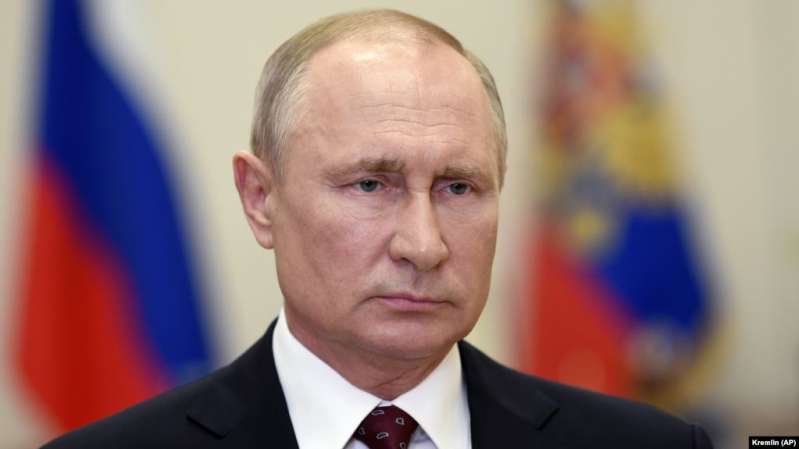 Russian President Vladimir Putin has ordered that flats be provided for former Ukrainian enforcement officers who betrayed their oath to Ukraine on Russia’s invasion and annexation of Crimea.  Since the individuals need to have been on Ukraine’s register as needing housing, we can only guess whether the turncoats who have zealously helped Russia persecute Crimean Tatars will be thus rewarded.  Or the ex-Berkut officers who killed 83-year-old veteran of the Crimean Tatar national movement Vedzhie Kashka during the ‘operation’ to arrest her.

This is not the first time that Moscow has rewarded traitors, however Putin’s order that the Russian government get on to this before 1 February 2021 comes less than two months after Putin issued a decree, effectively declaring Ukrainian citizens ‘foreigners’ and forcing those Ukrainians without Russian citizenship to either sell their land or risk losing it.  Since the decree will apply to the land of many Ukrainians forced to leave their homes after Russia’s invasion, it is possible that their flats could end up ‘allocated’ to traitors.

Moscow has, in fact, long provided rewards for what it terms “service for Russia”, with the main prerequisite being that the recipients, whether former Ukrainian military men, or enforcement officers, defected to Russia before annexation was complete.

In April 2018, Putin issued a decree providing Russian state-funded flats in Crimea to former Ukrainian military servicemen who ‘handed in their notice’ before 18 March 2014.  The procedure for resigning from the Ukrainian Armed Forces is, in fact, quite different, and any such scrap of paper does not change the fact that the servicemen switched sides to serve an invading army. Up to two thirds of the Ukrainian soldiers stationed in Crimea at the time of Russia’s invasion remained in Crimea with their families, many effectively switching armies.  Russia illegally appropriated the flats of those soldiers who had left, and claimed municipal ownership of those flats still occupied by soldiers who did not leave.

Enforcement officers got an even better deal.  While property prices – whether lease or purchase – went up steeply in 2014,  pushing many out of the market, many members of the enforcement agencies – the de facto prosecutor; the FSB and Russian Federal Security Service -  received flats in prime locations.  In October 2017, 650 FSB officers received new flats.

Some traitors were particularly generously treated.  Natalya Poklonskaya, who was installed as ‘prosecutor’ by the occupation regime and was extremely active in all politically-motivated persecution, received a flat that she was never asked to give up.

In principle, those who get flats by virtue of their ‘service’ should relinquish them if they leave their work.  The enforcement bodies are heavily engaged in measures of repression and intimidation in Crimea, with the number of people arrested and imprisoned on politically-motivated charges or for their faith steadily rising.  The Russian occupation regime demands unquestioning implementation. and the fact that refusal to take part in persecution will leave a person homeless likely to be a powerful deterrent.

These two ex-Berkut turncoats, deployed in the Russian Rosgvardia almost certain caused the death of Vedzhie Kashka on 23 November 2017, through the excessive force they applied during the shocking ‘operation’ to arrest the 83-year-old and four other respected veterans of the Crimean Tatar national movement in their fifties and sixties.

One of the most notorious former SBU officers, now working for the FSB, Kompaneitsev has been particularly active in persecuting Crimean Tatar human rights activist Emir-Usein Kuku and five other Ukrainian Muslims from the Yalta region.

There are many others traitors, but Russia is also violating international law by brining in large numbers of enforcement officers, ‘judges’, etc. with these also having a vested interest in carrying out the occupation regime’s criminal orders.