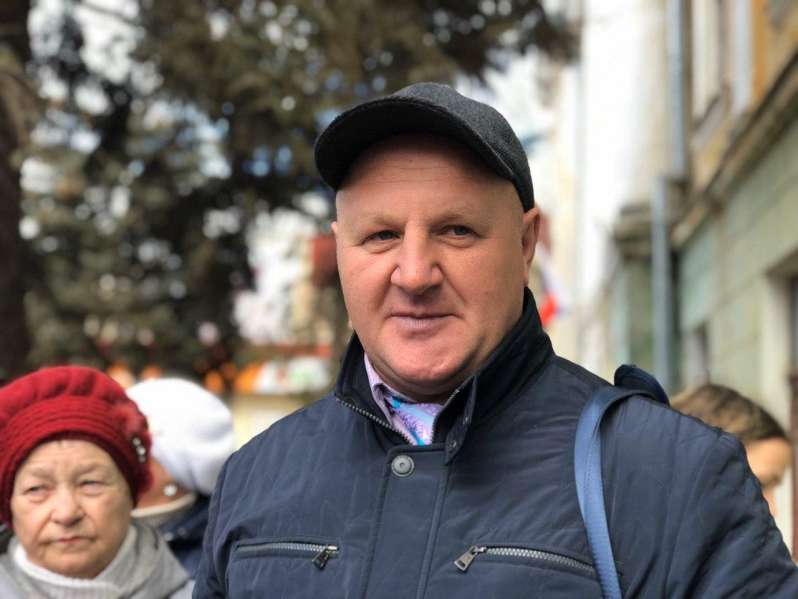 A Russian-controlled ‘court’ in occupied Crimea has rejected the appeal brought by Serhiy Filatov, a 47-year-old Jehovah’s Witness from Dzhankoy, against his six-year prison sentence for practising his faith.  Russia has now not only reinstated Soviet persecution of the Jehovah’s Witnesses, but is breaching international law by applying such repressive measures on illegally occupied territory.

The hearing before ‘judge’ Edward Belousov, of the Crimean High Court, was held on 26 May behind closed doors.  This was due to restrictions over the pandemic but did mean that Filatov, who took part by video link from the SIZO [remand prison] was deprived of the chance to see his family and all those who would have wished to show their support.

The closed hearing also makes it unclear whether Belousov made any pretence of examining the appeal.  This seems unlikely since he upheld the manifestly wrongful six-year sentence in a medium security prison colony handed down on 5 March 2020 by ‘judge’ Maria Yermakova, from the Dzhankoy District Court.  The sentence also includes a five-year ban on engaging in educational work involving public addresses or publications in the media or posting information in the media or Internet, as well as a one-year term of restricted liberty after the prison term.

Filatov was found to have prayed, together with others, in his own home, which the Russian-controlled prosecutor and court chose to view as “undermining constitutional order and state security”.  He was charged under Article 282.2 § 1 of Russia’s criminal code which punishes for something termed ‘organization of the activities of an extremist organization.”   Russia treats the presumption of innocence with the same contempt it shows religious freedom, and Filatov was swiftly added to Russia’s notorious ‘list of extremists and terrorists’, with this bringing serious economic restrictions.  He was not, however, held in detention, and was taken into custody after the sentence was announced on 5 March.  He has been held at the Simferopol SIZO [remand prison], where the overcrowding, filth and unsanitary conditions are a danger to life and health.  Now that the appeal has failed, he may be moved, in violation this time also of the European Court of Human Rights, to Russia.

Russia returned to the repression of Soviet times on 20 April 2017 when its Supreme Court banned the Jehovah’s Witnesses, claiming them to be ‘extremist’.  There was international condemnation of the ruling, but this was ignored, and over the last three years there has been a sharp escalation in persecution of members of this world faith for practising their religion.  Filatov is the 30th believer in Russia or occupied Crimea to be ‘convicted’ for his faith, and the first Ukrainian believer to be imprisoned.

On 5 March, around 100 people came to hear the sentence and show their support for Filatov.  Each of these people would have known that their presence would be recorded by Russia’s FSB and quite possibly make them the next targets.  It is thus cheering that they came anyway, and, judging by the photo posted by the Crimean Human Rights Group, there were quite a number of people who stood outside on 26 May as well.

As Filatov’s lawyer, Oleh Zakharchuk, said earlier, such repression is leaving believers with a terrible choice: to leave Crimea, to abandon their faith, or to remain, awaiting arrest.

Filatov is from mainland Ukraine, but moved with his family to Crimea before annexation for  the sake of one of his daughters who had health issues. He and his wife Natalya have four children: Anastasia (b. 1995); Oleksiy (1997); Ilya (2002) and Anna (2005).

Russia has now taken this road again, and has brought its persecution for faith to occupied Crimea.