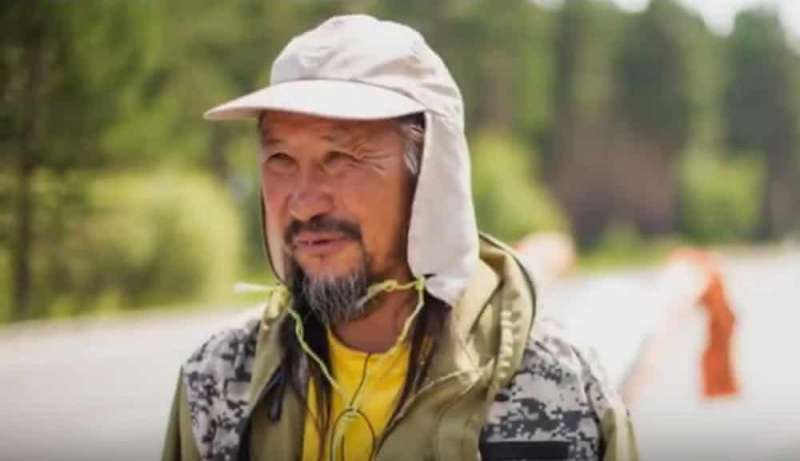 Russia is increasingly reinstating Soviet punitive psychiatry, with the victim this time a Siberian shaman, Alexander Gabyshev who wanted to drive out Russian President Vladimir Putin like an evil spirit.  A psychiatric commission has claimed that the 51-year-old from Yatutsk is “a danger to himself and to others” and ordered his forced ‘hospitalization’ without any timeframe.  Criticizing Putin has certainly proved a risky thing to do for Gabyshev.   The authorities first tried to stop the shaman’s march in 2019 on Moscow to rid the Kremlin of its evil spirit or Anti-Christ by detaining him and bringing criminal charges for supposed ‘calls to extremism’.

The Soviet authorities began using punitive psychiatry against prominent dissidents, like Ukrainian General Petro Grigorenko whose arrest and imprisonment would have aroused adverse publicity abroad.  This is very clearly the situation now as well since the shaman’s march on Moscow last year, and his detention, received considerable media attention.  While Russia is usually oblivious to criticism of widespread abuse of legislation on so-called ‘extremism’, this time the scrutiny would have been focused on how criticism of Putin can lead to a prison sentence.  With the Kremlin scheduled to stage a fake ‘referendum’ on 1 July, aimed at rubberstamping Putin’s effective life presidency, such publicity was presumably deemed undesirable.

The ruling to forcibly hospitalize Gabyshev was handed down by the Yakutsk City Court on 2 June.  According to Russian human rights defender, Alexei Pryanishnikov, this was on the application of the psychiatric clinic itself.  The latter did not, however, provide a medical description of Gabyshev’s alleged ‘condition’, saying instead that he was suffering from “an overestimation of his personality”.  They justified this assessment by saying that the shaman had expressed the idea of “harming the government and overthrowing Putin since the later is a demon and the Anti-Christ” and that he had “called for the overthrow of the legally elected authorities”.

Pryanishnikov noted also that the clinic’s application claimed that, from 12 to 29 May, Gabyshev had been voluntarily undergoing a psychiatric assessment, although it also described how he had been brought to the clinic by the police, and therefore clearly not of his own free will.  In fact, it was reported back on 28 May that Gabyshev’s lawyer, Olga Timofeyeva, had lodged a legal suit asking that the psychiatric clinic’s forced hospitalization be declared unlawful.  It is possibly because of this suit that Gabyshev’s de facto forced ‘treatment’ was formally ordered by the court.  According to administrative procedure, the last date for making the application for his forced hospitalization had been 14 May, which had long passed.

Judging by the lawyer’s application, Gabyshev’s rights are violated even more flagrantly through this forced psychiatric treatment since the clinic authorities are not allowing him to speak with his lawyer.

Gabyshev did not go ‘voluntarily’ to the clinic.  He was seized on 12 May by FSB officers who came to his home and took him to the clinic against his will.  Pryanishnikov then told MBX-Media that around 20 men had burst into Gabyshev’s home and had taken him, bent over and in handcuffs to the clinic.  A friend, Sergei Tikhy (Sergei Popov), streamed much of the ‘operation’ online which is almost certainly the reason that he was detained that day, and is reported to have been detained again, together with Viktoria Postnikova and former Yakutia government deputy Sulustaan Myraan on 2 June.  They will probably face administrative charges over coronavirus self-isolation rules.

Gabyshev first set off for Moscow “to drive out Putin’s evil spirit” from the Kremlin in March 2019.  His march gained publicity and also evidently had support, with people accompanying him, giving him money and taking photos with him. Grani.ru reports that there were dozens of videos on YouTube which had been watched by around a million people.

Gabyshev was arrested during the night on 19 September 2019 on the border between Buryatia and the Irkutsk oblast.  It was initially reported that he had been abducted by men in masks who surrounded his tent and took him and his trolley away.  It soon became clear that this was an FSB operation, with Gabyshev taken by plane to Yakutsk and then also forcibly placed in a psychiatric clinic.  Tellingly, no attempt was made to claim he was a danger then, and he was shortly released.  Back in September, long before the plans for Putin’s ‘referendum’ and the huge dip in the latter’s popularity, criminal charges were laid against Gabyshev, under Article 280 § 1 of Russia’s criminal code – ‘ calls to extremism’, with this carrying a sentence of up to four years’ imprisonment.  A ‘psycho-linguistic expert assessment’ deemed his words to people during his march to contain “a call to violent actions in relation to the President of the Russian Federation V.V. Putin”.  There is nothing in Russia’s criminal code to suggest that exorcism of evil spirits is considered criminally punishable acts of violence, but that is what Gabyshev was charged with.  In fact, Russia seems to have been wavering between punitive psychiatry and criminal charges ever since, although on 3 December 2019, the latter appeared to have won out, with the Yakutia Supreme Court finding the criminal charges to have been lawful.

Gabyshev, however, renewed his march on 7 December, together with two companions and again planning to drive out the evil spirit from the Kremlin.  He was detained two days later, and then fined for supposedly failing to obey the police.  It seems they even considered bringing criminal charges against Gabyshev for supposed use of violence against the people, but eventually discarded this.

The calculation appears to be that punitive psychiatry is the best option for silencing the shaman.  The move has already been condemned by Amnesty International, who say that “Gabyshev has been made an enemy of the state solely for voicing his dislike of Putin and his dramatic journey by foot from his home in Siberia to Moscow, halted by police after he spoke of ‘purging’ the president from office using his shamanic powers. By co-opting first the police and now the psychiatric system to do their bidding, the Russian authorities have revealed the astonishing lengths they will go to repress critics.”

This is by no means the first time that Putin’s Russia has resorted to punitive psychiatry, including in occupied Crimea.

In March 2020, a Russian-controlled court in Yalta ordered that 55-year-old Crimean Tatar political prisoner Yunus Masharipov be forcibly subjected to so-called ‘psychiatric treatment’.  This was after a retrial with the ‘court’ clearly understanding that an acquittal was required, and hiding behind forced psychiatric ‘treatment’.  That ruling has been challenged with the appeal hearing not yet set.

There have also been ominous attempts to threaten Oleg Sofianyk, a well-known marathon swimmer, with punitive psychiatry.  Sofianyk is a native Crimean who has never concealed his opposition to Russia’s annexation of Crimea (details here).