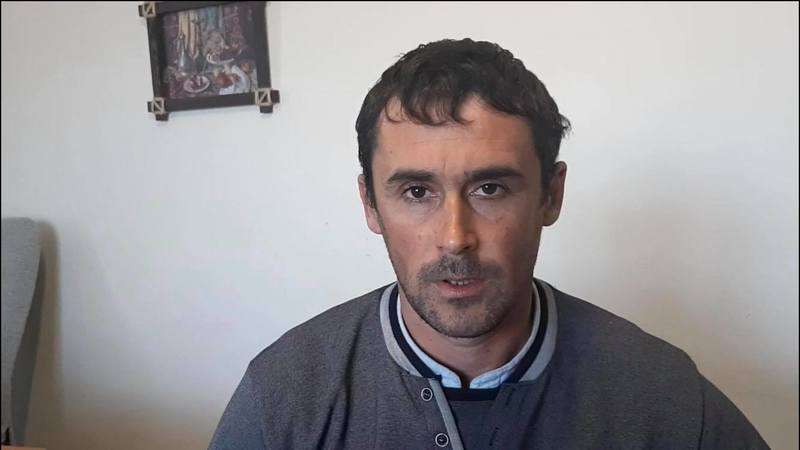 Russia has brought criminal charges against a Crimean Tatar who not only refused to give false testimony against political prisoner Enver Seytosmanov, but also lodged a formal complaint over the measures used by the FSB to force him to tell lies.

A year after Bekirov’s courageous refusal, the FSB turned up at his home in Orlinoye in occupied Crimea.  They carried out a search and then took him to the FSB offices in Sevastopol.  He managed to phone lawyer Rustem Kyamilev who advised him not to answer any questions, citing Article 51 of the Russian Constitution (on the right not to testify against oneself).   He was finally released many hours later, being forced to give a signed undertaking to not leave the area.

The criminal charge against Bekirov was initiated on 10 May 2020 under Article 307 of Russia’s criminal code (knowingly giving false testimony).

It was, in fact, false testimony that the FSB had tried to force and threaten out of him back in March 2019.  Bekirov was then detained by the FSB who tried to get him to testify against Enver Seytosmanov, a Crimean Tatar political prisoner who had been arrested in May 2018.

Bekirov was released once he agreed to ‘testify’, however in court on 21 August, he not only refused to confirm the written testimony given earlier, but described how it had been forced out of him and lodged a formal complaint.

He explained that he had been summoned to a police department where several armed men in FSB uniform and balaclavas twisted his arms behind his back and forced him into their car.  He was taken to the FSB in Sevastopol where ‘investigator’ Yuri Andreyev began showing him ‘prohibited’ books that he claimed had been removed from the home of Bekirov’s mother.  He also played a recording, claiming that the voice on it was Bekirov’s and that it proved his involvement in Hizb ut-Tahrir.  This is the peaceful pan-Islamist party which is legal in Ukraine, but which Russia has labelled ‘terrorist’ and is using to persecute Crimean Tatar activists and other Muslims in occupied Crimea.  Such charges could lead to a sentence of 10-20 years’ imprisonment and there were no grounds for believing that Russian and Russian-controlled courts would not pass the sentences demanded of them.

Lawyer Emil Kurbedinov reported back in October 2019 that a ‘pre-investigation check’ had been ordered into Bekirov’s allegations.  Predictably, that ‘pre-investigation’ found no evidence of a crime and the request for criminal proceedings was rejected.  Instead, it is Bekirov who is facing criminal charges.  He is represented by Rustem Kyamilev and Oksana Zheleznyak, and on their advice refused to answer any questions.

By no means everybody finds the courage to do what Bekirov did in court, however his account is confirmed by several other people who have described being tortured and threatened with arrest and imprisonment if they did not help the FSB fabricate testimony against men who have committed no crime.

The 33-year-old recognized political prisoner was sentenced to 17 years’ maximum security imprisonment on 5 December 2019, with that sentence upheld on 16 April 2020.   He had not been charged with any recognizable crime and the ‘evidence’ which was supposed to prove his ‘involvement’ in a peaceful organization did nothing of the kind. There were also serious grounds for believing that the charges were increased in April this year for highly suspect reasons.