2020: There was no worse year in the realm of human rights after the Revolution of DignityLukashenko plotted to kill Sheremet yet Ukraine has charged people with no motive for his murder Police summons for Briton who criticized Sheremet murder case as Avakov’s ‘public show’Belarusian Police Detain More Than 90 As Protests Enter 11th WeekHow post-election protests are creating a new Belarus’We’re Belarusians, Not A Russian Region’: Protests Take Aim At KremlinLukashenko regime’s savagery may be backfiring in BelarusYulia Kuzmenko released from detention as ‘proof’ of involvement in Sheremet murder increasingly in questionRussia’s fake ‘Ukrainian fascist’ returns to Ukraine to fight against ‘fratricidal’ war in DonbasBelarus: ‘I appeal to all Europe: Please help us, because they’re killing my family’Belarus: Peaceful protester killed in violent crackdown after claimed Lukashenko victoryWhy were Wagner fighters from Russia seized in Belarus and can Ukraine get them extradited?State Media Vs. The Streets: How Lukashenka Lost The Media War In BelarusFour years since Pavel Sheremet’s murder: From ‘a matter of honour’ for Ukraine to any arrests will do?Ukraine taken to European Court over Sheremet murder trial by press conferenceAI condemns purge on bloggers & activists ahead of presidential elections in BelarusEx-Kremlin hostage Sentsov calls out Zelensky over flagrant violations in Sheremet caseUkrainian police search home of lawyer criticizing controversial Sheremet murder arrestsVital questions remain unanswered after Donbas volunteers arrested for murder of journalist Pavel SheremetBack in the USSR: Russia uses Soviet methods to jam Ukrainian media in occupied Crimea
• Topics / News from the CIS countries 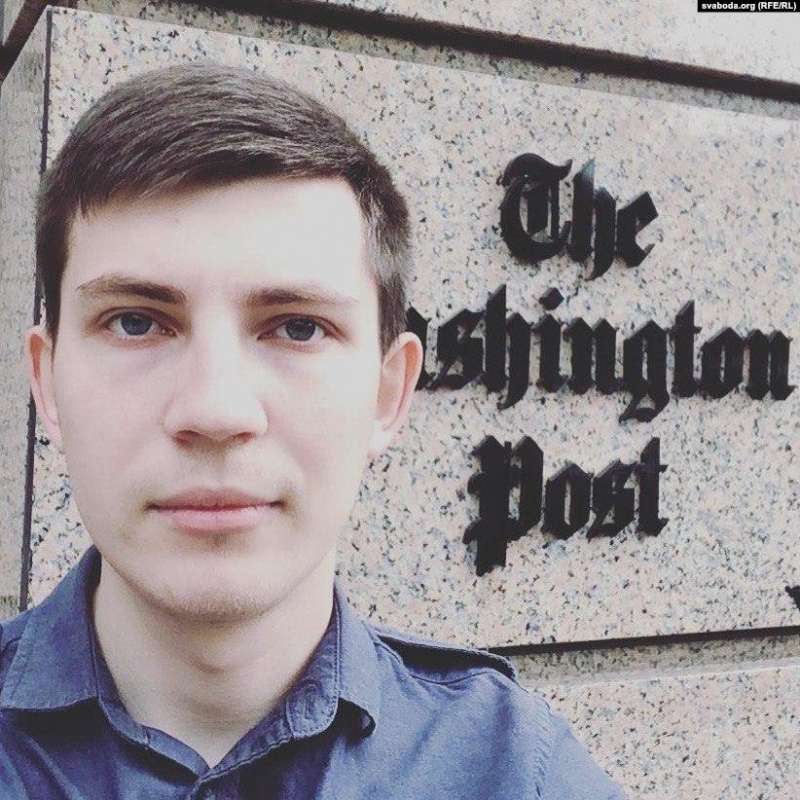 Amnesty International has demanded the release of all bloggers and activists recently arrested in Belarus, including three prominent bloggers - Ihar Losik, Syarhei Pyatrukhin and Syarhei Sparish – who were arrested on 25 June.  According to Aisha Jung, Amnesty International’s Senior Campaigner on Belarus, the Belarusian authorities are carrying out a full-scale purge of dissenting voices, using repressive laws to stifle criticism ahead of the elections, where President Alyaksandr Lukashenka is running for the sixth consecutive term. Opposition candidates, supporters, and independent media have faced arbitrary arrest, hefty fines, and incarceration. Now those active on social media are being targeted.

“We are appalled by these latest arrests. At least two more popular bloggers, Uladzimir Nyaronski and Uladzimir Tsyhanovich, are already under arrest and facing criminal charges. Nobody should be punished for using the internet to express opinions about the government and its policies. The authorities need reminding that free speech is a right, not a crime.

“Amnesty International is calling for all the bloggers to be immediately and unconditionally released and for the ongoing crackdown on freedom of expression across Belarus to end.”

Over the last 24 hours, the Belarusian authorities have arrested under spurious charges Ihar Losik, the administrator of popular Telegram channel Belarus of Brain, Syarhei Pyatrukhin, administrator of Telegram channels People’s Reporter and YouTube Deputies, and Syarhei Sparish, a member of the constituent committee of the new opposition party, People’s Hramada. Another blogger, Uladzimir Tsyhanovich, who is serving 15 days of administrative arrest for taking part in a peaceful demonstration, has also been charged with the crime of “organization and preparation for a grave breach of public order” (Article 342 of the Criminal Code of Belarus). Blogger Uladzimir Nyaronski is also in detention and facing the same charge, along with “publicly insulting a representative of the authorities” (Article 369 of the Criminal Code).