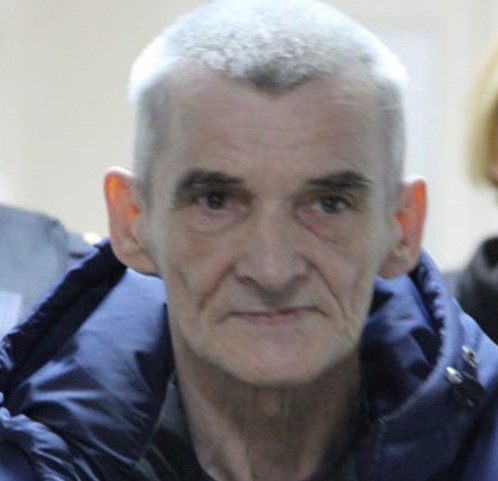 Russia’s cynical rerun of its trial of world-renowned historian of the Soviet Terror, Yuri Dmitriev, is coming to an end with the prosecutor on 7 July demanding a 15-year sentence in a maximum security prison.  This is despite Russian and international condemnation of a trial that is widely recognized as linked with Dmitriev’s work in investigating the darkest pages of Soviet history and his role in finding the mass graves of victims of the Terror at Sandarmokh.  The charges against the 64-year-old historian and head of the Karelian branch of the Memorial Society coincided with the beginning of a campaign to rewrite the facts about the mass killing by quota of Russians, Ukrainians and other prisoners of the Solovetsky Labour Camp at the Sandarmokh Clearing in Karelia in 1937. There have been increasingly aggressive efforts since Vladimir Putin first came to power to justify or minimize mention of the worst atrocities of the Soviet regime, and these are now, unfortunately, including persecution of historians and attempts to crush the Memorial Society.

Dmitriev’s arrest on 13 December 2016 and the charges against him were clearly aimed at discrediting him, and Memorial.  Less than a month after his arrest, a propaganda film, that had obviously been made in cooperation with the FSB, was broadcast nationwide on the state-controlled Rossiya 24 TV channel.

Charges of child pornography can undoubtedly damage a person’s reputation, but they do need to seem plausible, and the allegations made against Dmitriev were evidently absurd.

Dmitriev was taken into custody immediately, charged with ‘preparing pornography involving a minor’ (Article 242.2 of Russia’s criminal code) and ‘depraved actions with respect to a child under the age of 11’ (Article 135).  The charges pertained solely to a folder filed on his computer, and never ‘circulated’, which contained 114 photos of his adopted daughter Natasha.  The little girl had been painfully thin and in poor health at three years old, when he and his former wife took her from the children’s home, and the authorities had themselves advised him to monitor her development.  Each of the photos, taken between 2008 and 2015 recorded her weight and height.

This assessment was rejected by Dr Lev Shcheglov, the President of the National Institute of Sexology, as well as two other specialists who saw nothing pornographic in the photos and who confirmed that it was common practice in Russia to take photographs for such medical purposes.  With the trial in tatters, the prosecutor tried to get ‘a psychiatric assessment’ from the notorious Serbsky Institute, however even the psychiatrists there found no aberrations.  It was also evident from the letters that 12-year-old Natasha had sent to her father in prison how much she loved Dmitriev and missed him. In short, on 5 April 2018, with huge attention focused on the trial, the Petrozavodsk Court under Judge Marina Nosova acquitted Dmitriev of the ‘child pornography’ charges. He was convicted only of “illegal possession of a weapon” over part of a rifle barrel, which he had once found among rubbish and taken inside so that kids didn’t pick it up and try to do something with it.

Acquittals are virtually unheard of in Russia, regardless of how obviously fabricated and rigged the charges are, and it is safe to assume that the decision was not taken by Nosova.  It seems probable that the ruling was always planned to be appealed by the prosecutor and swiftly revoked, in the hope that the second time around the trial would attract less attention.

This did indeed happen, and swiftly.  On 13 June 2018, without any grounds at all, the Karelia High Court revoked the original ruling and the case was sent back for ‘re-trial’ under a different judge. The sole arguments provided during the appeal hearing were objections from Natasha’s grandmother, who had left her small granddaughter in a children’s home and had not seen her for many years.  There were also excerpts from questioning of the child which was supposed to demonstrate a disturbed psychological state (‘suicidal moments’).

On 27 June 2018, Dmitriev was re-arrested, with Russia’s Investigative Committee now charging him with ‘violent acts of a sexual nature’, also against his adopted daughter, whom he had not seen since his arrest almost two years earlier. On 28 October 2019, 200 prominent Russians issued a statement in defence of both Dmitriev and his adopted child.  They condemned the “unacceptable and inhuman methods” deployed against Dmitriev’s adopted daughter, which were causing the young girl irreparable psychological harm.  The authors also pointed out that there had been a foul campaign against Dmitriev in the nationwide and regional media

This was, in fact, not the only method used.  In October 2018, a second historian of the Terror, Sergei Koltyrin, was arrested on worryingly similar charges.  Koltyrin died in a prison hospital in Russia on 2 April 2020, less than a year after being sentenced to nine years’ imprisonment. He had, purportedly, admitted to the charges, but only after the investigators put massive pressure on him to reject the services of Dmitriev’s lawyer Viktor Anufriev. Koltyrin had cooperated closely with Dmitriev, and had strongly opposed barbaric excavations at Sandarmokh shortly before his arrest.

If those who want Dmitriev imprisoned thought that prison would silence him and that the remake would gain less attention, they were mistaken. There have been repeated appeals within Russia and abroad and Dmitriev himself has written a vital book entitled ‘Sandarmokh.  Place of Memory’, providing information about both the victims and the perpetrators of the mass executions in the forest.  In a recent letter, Dmitriev wrote that “it is memory that makes human beings human, and not a part of the population.  <> While I’m alive, I won’t allow them to rewrite our common history. <> The attempt to rewrite the history of Sandarmokh is part of the strategy of the current regime, an attempt to return our country to a camp “surrounded by enemies”. The aim is to retain their power.  A frightened population will always seek protection from a strong leader”.

After taking Natasha from the only loving family she had ever known, the Russian prosecution has used her age as an excuse to hold the trials behind closed doors.  Dmitriev’s final address to the court is due on 8 July, after which judge Alexander Merkov is expected to iannounce a date for the verdict.

Update  The verdict is expected on 22 July.