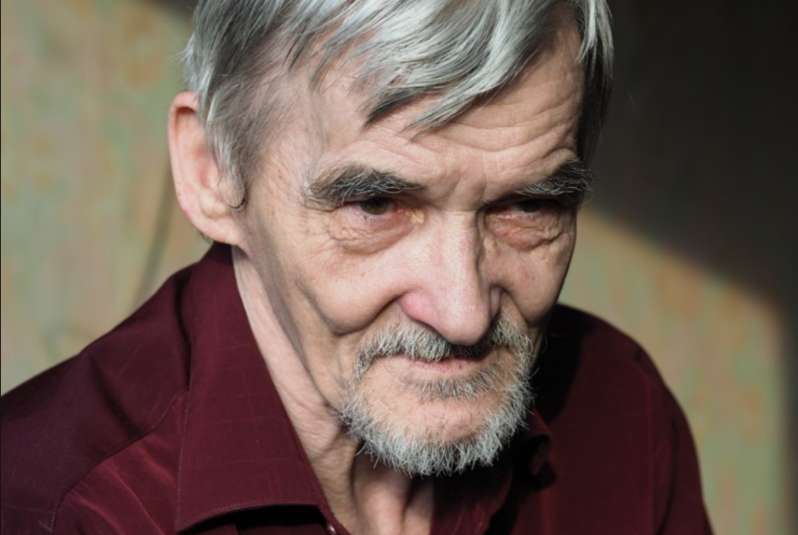 A Russian court has sentenced 64-year-old Yuri Dmitriev to three and a half years’ imprisonment on one of four charges he was facing, acquitting him on the others.  Since the renowned historian of the Soviet Terror and head of the Karelia Memorial Society has already been in detention for over three years and the prosecution had demanded 15 years, the sentence, if not challenged, means he should be released in November.  All of the charges were politically motivated and Dmitriev should, undoubtedly, have been acquitted for the second time, however in modern Russia acquittals are almost unheard of, especially where a person has been held in detention for so long.  Lawyer Viktor Anufriev, who has achieved a near miracle for the second time, says that he and Dmitriev will discuss whether to appeal against the verdict.

Judge Alexander Merkov from the Petrozavodsk City Court announced the verdict on Wednesday, 22 July.  64-year-old Dmitriev was found ‘guilty’ of the new charge that the prosecution came up with after getting the first acquittal overturned, namely ‘acts of a sexual nature towards an underage child’ (Article 132 § 4 of Russia’s criminal code).  Dmitriev was, however, acquitted for a second time of the first two absurd charges over which he was arrested and remanded in custody on 13 December 2016:  of ‘preparing pornography involving a minor’ (Article 242.2) and ‘depraved acts with respect to a child under the age of 11’ (Article 135).  Both these apparently serious charges pertained solely to a folder filed on his computer, and never ‘circulated’, which contained 114 photos of his adopted daughter.  She had been painfully thin and in poor health when Dmitriev and his former wife took her from the children’s home, and the photos, most of which recorded her weight and height, were taken because the social services had themselves advised them to monitor her development.  All of the photos were also, however, taken, because Dmitriev had enough experience of the authorities to anticipate that he could face accusations of ill-treatment or similar.

It is a telling indicator of the nature of such trials that in April 2018, Dmitriev was acquitted of the above two charges, but found guilty of a third scarcely remembered charge of illegal possession of a weapon.  This was over part of a rifle barrel, which Dmitriev had once found among rubbish and taken away so that kids didn’t pick it up and try to do something with it.  The original ‘conviction’ on this charge was doubtless because it looked bad to totally acquit a man who had spent well over a year in detention.   He was thus acquitted of this charge for the first time on 22 July.  The prosecution challenged that acquittal, and quite unwarrantedly got it overturned on 14 June 2018.

Then on 27 June, he was re-arrested, with all the old charges, as well as the new accusation of so-called ‘acts of a sexual nature’ with respect to the same daughter who was 12 when he was arrested.

The reason that Dmitriev was acquitted of the first charges was not particularly because he was innocent.  That is true of all essentially all politically-motivated trials in Russia and, unfortunately, does not lead to acquittals.  Here, however, Anufriev provided a huge number of experts who totally demolished the charges.

The same was true of the new charge of so-called ‘acts of a sexual nature’, and it is frustrating that the judge was not brave enough to knock this out as well.

After wrenching 12-year-old Natasha from the only family who had ever wanted and loved her, the prosecution used the little girl’s age as an excuse to hold the entire trial behind closed doors.  Such concerns were not seen when the FSB very clearly passed the photos of the child to two Russian propaganda channels, who used them in grubby programs aimed at discrediting both Dmitriev and Memorial.

The closed nature of the trial has enabled the same channels (NTV and TV Rossiya) to continue attacks on Dmitriev.  Although there has been huge national and international support for the historian, it was until very recently quite unclear what the prosecution was now accusing him of.  Details emerged both from Dmitriev’s final address, and from an important study carried out by Nikita Girin for Novaya Gazeta.

The prosecution claimed that Dmitriev had on several occasions touched his adopted daughter around her groin.   It seems that this was in connection with a period when Natasha was 8 years old and began having attacks of enuresis (involuntary urinating).  If Dmitriev noticed the tell-tale smell of urine, he would, like any other parent, pat the little girl’s knickers around the area of the groin to see if they were wet, and if necessary get her to have a wash. There is confirmation in Natasha’s medical records that she was suffering from enuresis, and that she was due to be placed in the Karelia hospital for a proper check-up soon after Dmitriev’s first arrest, yet the prosecution claimed that these were ‘acts of a sexual nature’.

Sergei Koltyrin died in a prison hospital in the early hours of 2 April 2020.  He had been sentenced to nine years on charges that bore a disturbing similarity to those against Dmitriev and after shenanigans clearly aimed at preventing Viktor Anufriev, Dmitriev’s lawyer, from defending Koltyrin.

It does seem likely that the other victim of the Dmitriev case was supposed to be historical truth, at least about Sandarmokh.  Certainly a discussion on Sandarmokh and highly controversial excavations was cancelled shortly after Koltyrin’s arrest, suggesting that politicians and others in Karelia were not convinced of the lack of political motivation for the prosecutions of Dmitriev and Koltyrin.

In fact, though, the prosecution miscalculated.  There have been more people, rather than less, at the annual ‘pilgrimage’ to Sandarmokh in August and Dmitriev himself has spent time in detention updating an important book on Sandarmokh.  As he said during his final address:   To this day I don’t know what the aim was of beginning this prosecution. Was it to stop people’s memory?  With these acts, they won’t succeed.  To deprive me of the opportunity of taking part in this?  I have not taken part for three years, yet it [the remembrance of victims and restoration of memory] has not been stifled”.