Fears mount for Crimean Tatar political prisoner suffering Covid-19 complications in Russian torture conditions On the situation in prison colonies №77, №100, №25. Following the visit of the European Committee for the Prevention of Torture and Inhuman or Degrading Treatment or Punishment (CPT) from 4 to 13 August 2020 Mothers of Crimean Tatar political prisoners prosecuted for affirming their sons’ innocenceUkrainian jailed in Russia’s revenge for Maidan punished because of back pain So what will “New SBU” be?Not just Navalny. EU sanctions needed over 18-year sentences against Crimean political prisoners Crimean Tatars sentenced to 18, 17 and 13 years for discussing their faith and Russian persecution 2020: There was no worse year in the realm of human rights after the Revolution of DignityNext, Russia will come for the children A brief description of the KHPG strategic litigations in July–December 2020Is COVID-19 present in penitentiaries and pre-trial detention centers?Russia: New legislative initiatives: a threat to NGOs, freedom of assembly, education and moreAbandoned mines in the Russian proxy Donbas ‘republics’ threaten environmental disasterRussia passes monstrous sentences without any crime against three Crimean Tatar political prisonersState honour in Ukraine as Russia prepares horrific sentence against Crimean Solidarity CoordinatorCourt in Russia refuses to hear defence witnesses confirming Crimean Tatar political prisoners’ innocenceBelarusian Opposition Presents Broadest Challenge Yet To Strongman Lukashenka After Disputed ElectionA brief description of the KHPG strategic litigations in January – June 2020Ukrainians who fled Putin face new pandemic realitiesIs Ukraine’s penitentiary system ready to fight the coronavirus?
• Topics / The right to health care 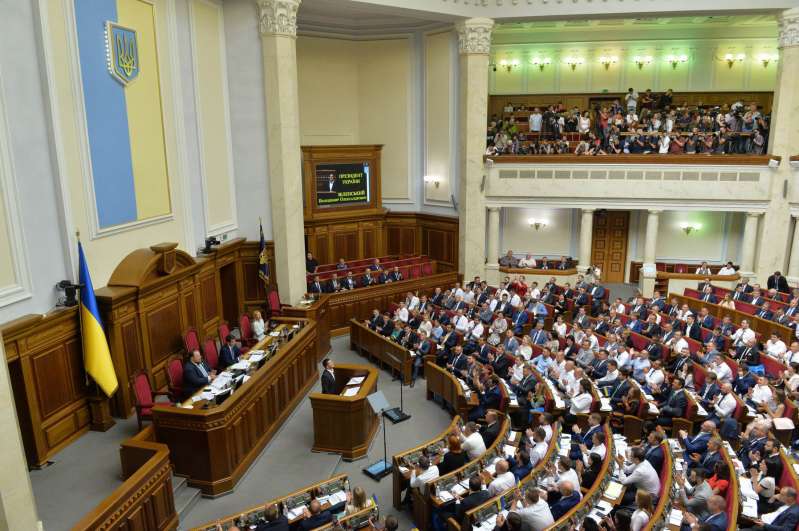 A draft bill now before the Verkhovna Rada on compulsory psychiatric treatment has alarmed specialists in the field who believe that some of the norms infringe the rights of people with mental illness.   The international federation Human Rights in Mental Health – FGIP has published an expert assessment in both Ukrainian and English in the hope that Ukraine’s legislators will reject amendments which one of their members, Robert van Voren, says are in direct violation of Ukraine’s international commitments.

Draft Law. No. 3536 proposes amendments to the procedure for applying to subject a person to involuntary psychiatric treatment, and for considering such applications. The first criticism of the bill is that any mandatory hospitalization needs to be the absolute last resort.  Legislation should provide service to the community in the first instance, rather than institutions, supporting services aimed at mitigating mental health crises, and delaying any decision to institutionalize a person for as long as this is realistic and safe (for the person him/herself and, perhaps, for others).  The authors stress that there needs to be stress on rehabilitation and resocialization, rather than on isolating people.  Most people with mental health issues can cope fine if they are provided with decent therapy, focused on the person’s recovery.  “Isolation due to perceived ‘dangerousness’ or potential of harm only enlarges the spiral of violence.”

Their criticism of the bill is based on its total failure to understand such principles. On the contrary, the amendments would make it easier to institutionalize a person.  At present, only a psychiatrist can initiate compulsory psychiatric treatment before a court.  The draft bill would make it possible for the police to do that if “a person with signs of mental disorder systematically poses a danger to himself or others”.  Police officers are not trained to be competent in recognizing mental health issues, and the scope for abuse would be enormous.  The authors call this “a slippery slope towards political abuse of alleged mental health issues”.

The scope for abuse would be even greater when it came to compulsory outpatient psychiatric treatment since here any Ukrainian citizen would be able to initiate such treatment if they were systematically “disturbed” by a person with a mental disability.

Whatever that may mean.  The specialists point out that a person cannot be detailed or ‘treated’ against their will just because their views or behaviour deviate from established norms, and that would be the danger of such loose powers.   While some of the grounds for applying for a person to receive compulsory outpatient treatment are the same as at present, the new bill envisages that police officers or any other Ukrainian citizens would be able to initiate such a move “if the person with a mental disorder systematically disturbs the normal life of others and public order.”

There are other dangerously woolly terms.  At present, compulsory outpatient psychiatric treatment can only be ordered if a qualified medical practitioner assesses there to be “a serious likelihood of immediate or imminent harm to that person or to other persons”.  The new bill changes the wording here to “may pose a danger” which is far more loose and subjective. It would also enable medical practitioners without the relevant competence in psychiatry to make decisions that at present require a psychiatrist.

The specialists point out that the authors of the bill wrongly claim that their proposed amendments are needed in order to ensure that any doctor can facilitate a court order for a compulsory assessment and / or treatment in the event of an acute crisis.  This is already provided for they note in Article 11 §§ 4 and 6 of the Psychiatric Care Act.

A particularly alarming provision of the bill in question is that it would make it possible for a court to decide on compulsory inpatient or outpatient psychiatric treatment in the person’s absence.  This is in breach of standards of a fair trial (as per the European Convention on Human Rights) and breaches the rights of a person with mental disability as set out in Article 4 of the Convention on the Rights of Persons with Disabilities.

Human Rights in Mental Health – FGIP believe that the proposed amendments “are counter-productive and undercut ongoing efforts – the draft Mental Health Action Plan – to support persons with mental health impairments with state-of-the-art treatment”. They propose that the draft bill be replaced with regulations aimed at community-based rehabilitation of people with mental health needs.