Why were Wagner fighters from Russia seized in Belarus and can Ukraine get them extradited? 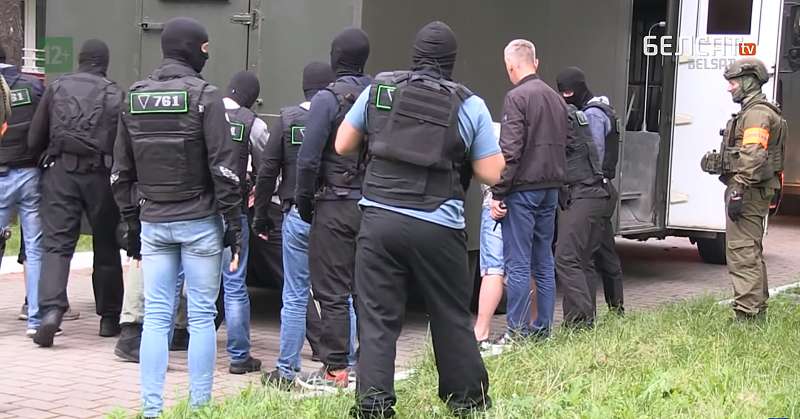 33 fighters from the notorious Wagner ‘private military company’ have been in custody in Belarus since 29 July after they were very publicly seized by the Belarusian KGB.  While for Ukrainians, Wagner fighters are inextricably linked with Moscow’s aggression and hybrid war tactics, the situation in Belarus is not so clear-cut.  Belarusian President Alexander Lukashenko is very obviously unpopular and able to ‘win’ the approaching elections only by arresting his rivals and fiddling the results.  The problem with the claims about the Wagner fighters having arrived in the country to destabilize the situation on the eve of the elections was not so much in some very implausible details, but in the way that even the first Investigative Committee report about their arrest began with similar accusations being made against two important opposition politicians.

The claim made both by the fighters and by Moscow that the men had been on their way “to Turkey” certainly seems more plausible since Wagner fighters are deployed in Syria, Libya and the Central African Republic, to name just three.  Russia has plenty of less well-trained and cheaper headbangers that could have been used to destabilize the situation, and who would not have wandered around the Minsk region in military gear just asking to be noticed.

On the other hand, it does seem strange that the Belarusian authorities were not informed that the fighters would be passing through Belarus. Ukrainian political analyst Vitaly Portnikov has a rather sinister, but not totally implausible, interpretation for the situation.

While Lukashenko, like other dictators, clearly didn’t see the possibility that he could be ousted when the people came out in support of persecuted opposition candidates, Portnikov believes that Russian President Vladimir Putin did, and that this was the reason for the Wagner fighters in Minsk. He suggests that Putin wanted Lukashenko’s hands in blood, just as he had with Ukrainian President Viktor Yanukovych in 2014.  With respect to Yanukovych, this was a widely held fear in January – February 2014, with civic activists and political analysts warning Ukraine’s western partners of likely bloodshed after the Russian-hosted Winter Olympics ended.  This was, indeed, what happened in Kyiv, although the bloodshed led to Yanukovych fleeing to Russia rather than, as predicted, being left totally dependent on Russia, with no friends in the West.  Lukashenko is certainly resisting Moscow’s attempts to swallow up Belarus, however there do seem some problems with Portnikov’s analogy.  Lukashenko does not necessarily need Putin’s prompt to use thoroughly excessive force against his own people, and the EU may not have been strong enough against Belarus, but it is also not making friendly overtures, and could not be, given the repressive crackdown in the last month. .

As mentioned, the first report about the arrests of the Russians first notes that two criminal prosecutions have been laid against opposition politician Sergei Tikhonovsky over supposed acts aimed at inciting social enmity and calls to violent-aggressive actions against the enforcement bodies.  Tikhonovsky, Nikolai Statkevich and others are also accused of planning mass riots.  It is only after this that the report mentions the Russians, and clearly endeavours to link them.

Tikhonovsky’s wife, Svetlana Tikhonovska seems to have taken up the gauntlet after her husband was arrested and is attracted rallies of many thousands – something that until recently was unheard of in Belarus.  There have already been a large number of arrests, and these are likely to increase before the elections on 9 August.  Perhaps Lukashenko will try to use the detained Wagner fighters as an excuse for further crackdowns, but up till now he hasn’t seemed too bothered about the optics.  The latter are also not much helped by the rather comical story of 33 fighters on a secret mission decked out in military gear who attracted the attention of the KGB because they didn’t drink and bring in women.

It is not clear whether Ukraine’s interest in the Wagner fighters was taken into consideration before seizing the men, but it is certainly an issue now. Several of the fighters are believed to have Ukrainian citizenship and as many as 28 are reported to have been involved in Russia’s aggression in Donbas.  At the moment, the Belarusian authorities appear to be willingly cooperating with Kyiv in providing information about the men. On the other hand, the Belarusian authorities clearly collaborated with Russia in the 2017 abduction of Ukrainian teenager Pavlo Hryb, and may well not want to clash with Moscow by handing the men over to Ukraine.

The men’s testimony, if extradited to Ukraine, could be invaluable.  The so-called Wagner private military company (led by Dmitry Utkin, or ‘Wagner’), is believed to have taken part in Russia’s invasion and occupation of Crimea, being used, for example, to disarm Ukrainian military bases.  From there they moved to Donbas and became involved in the military conflict on the side of the self-proclaimed ‘Luhansk people’s republic’ [LPR].  Utkin and his men are believed to have carried out several killings of prominent militants, such as Alexander Bednov [Batman], Alexei Mozgovoi, Pavel Dremov and others. The men are very experienced and highly-trained, and get paid very well.   The money for the unit is normally said to be provided by Yevgeny Prigozhin.  Since the latter has gone from being an ex-con, who served a long sentence for serious crimes, to being known as ‘Putin’s chef’ and a billionaire, he can afford to pay for well-trained mercenaries whose activities closely follow developments in Russian foreign policy. In December 2016, the commander of the Wagner Unit was spotted at a Kremlin reception marking Hero of the Fatherland day and at least one Wagner fighter is known to have received a state award signed personally by President Putin.

At least in Ukraine, the Wagner unit provided a cover for regular Russian military who were also engaged in the battles for Debaltseve and the Luhansk Airport.  InformNapalm and other civic journalists are convinced that the Wagner unit gets heavy weaponry and technology directly from Russian Defence Ministry bases and that its men differ from regular military servicemen only in the wording of their contract, in the amount they’re paid and in the fact that Russia can claim to have nothing to do with them.