Russia’s ’new approach’ to Stalin and extended secrecy about his victimsStalin Museum: Putin’s Russia Immortalizes Bloody DictatorAnger and Protest over Stalin Monument in YaltaPortrait of Stalin appears in Russian-occupied CrimeaStalingrad as latest step in re-glorification of tyrantNeo-Nazis in Moscow’s ServicePro-Russian separatists start their own anti-Semitic TV channelPro-Russian, anti-Roma, anti-Semitic and hunting out Ukrainian speakersThe Donetsk anti-Semitic leaflets – what should not be overlookedEast Ukraine crisis and the ’fascist’ matrixRussia continues its false narrative as defender of oppressed minorities in UkraineRussian propaganda claims Jewish organizations supporting Maidan are bringing on "second Holocaust"The Crimean referendum’s neo-Nazi observersPutin’s Neo-Nazi HelpersChief Rabbi and others dismiss Putin’s “anti-Semitic extremist” claimsRussian propaganda must be challengedWestern Media: Don’t distort the situation in Ukraine!Russia’s aggression poses dangers beyond Ukraine’s bordersCrimea: Anti-Semitic card and other provocation in time of siegeMr Putin: We ethnic Russians and Russian speakers don’t need protection
• Topics / News from the CIS countries 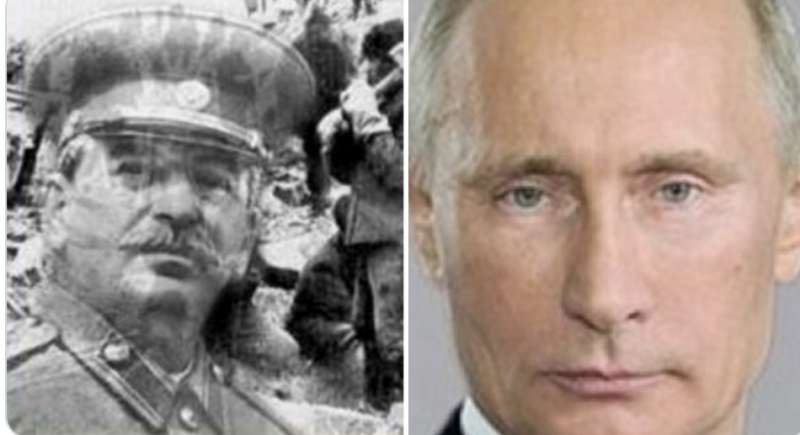 Russia’s Prosecutor General’s Office has succeeded in blocking access by Memorial Society historians to information identifying eleven Soviet prosecutors who, as members of the notorious NKVD ‘troikas’, took part in ordering executions during the Great Terror of 1937-38.  The claim that this was personal data that could only be revealed with the permission of their descendants was meekly accepted by the Tverskoy District Court in Moscow on 24 July, although such an argument could logically result in all archival material becoming out-of-bounds.   Under President Vladimir Putin there has, in fact, been a trend towards concealment of archival material,  with such archives clearly obstructing Moscow’s efforts to rewrite the darkest pages of its history.

Memorial approached the Prosecutor General’s Office in July 2019, asking for information about the eleven prosecutors, in order to include them in a historical reference book giving biographical details of all troika members.  While Memorial itself has faced harassment from the authorities for several years now, this project is reportedly a joint venture between Memorial; the Russian State Archive of Socio-Political History; the RF State Archives and the Central Archives of the FSB [the Russian Security Service].  Nonetheless, the Prosecutor General’s Office refused, citing Articles 7 and 9 of the Law on Personal Data which states that information about a person cannot be passed to third persons without the permission of the person him/herself or their heirs.

Marina Agaltsova, lawyer for the Memorial Human Rights Centre (a linked, but legally separate body), told Kommersant that the prosecutor’s office has claimed that the historians would be circulating information that discredited the people.  This, however, flies in the face of the essence of history which is to record all actions.

Memorial repeated their request in October 2019, pointing out that, since the same law on personal data states that information can be published as part of scholarly activities and for objectives of public importance, it was unlawful to block access to the information.  They noted, in addition, that since the material in question is archival, a Russian Federation law on personal date could not possibly be applied.

Having received a second refusal in December 2019, Memorial approached the Tverskoy District Court.

The court chose to ignore further cogent arguments, such as the sheer length of time involved.  The period of 75 years that has elapsed is even sufficient, in accordance with the Law on the Archives, to gain access to documents containing an individual’s personal or family secrets.

Even more disturbing is the fact that both the Prosecutor General’s Office and the court ignored the crucial fact that the information is about perpetrators of extrajudicial killings which were in principle illegally even at the time they were carried out.  Those who participated in such troikas were undoubtedly committing a crime against justice.  Article 18 of the Law on the Rehabilitation of the Victims of Repression stipulates that information about such perpetrators cannot be hidden from the public.

Perhaps the most cynical of the counter-arguments presented in court was the assertion that the historians had not provided “objective data” proving the falsification of cases by the 11 prosecutors.

It was on 5 August 1937 that the Soviet Politburo’s resolution ‘On Anti-Soviet elements’ effectively began the Great Terror in which at least a million Russians, Ukrainians and others were executed.  It defies believe that the Russian prosecutor general could have denied the presence of objective reasons when the troikas in question effectively carried out such ‘purges’ according to a quota, with the victims tortured into signing insane ‘confessions’ and then executed.

Memorial will be appealing against the 24 July ruling and consider this to be a case of strategic importance.  As Jan Rachinsky, from the Board of Memorial, explains, “In order to study the state and society, you must know what actions people committed and to what consequences this led.”.

While in Ukraine access to the state archives has become more and more open and the SBU [Security Service] is helpful to people trying to find out what happened to their relatives or to do research, Russia under Putin has come up with ever more obstacles.  In March 2014, for example, the period during which the archives of all of the secret police [officially ’state security’] bodies (Cheka, NKVD, KGB, etc.) was extended by a further 30 years.  This effectively extended secrecy to a vast bulk of material regarding the Great Terror.  A petition initiated by Komanda 29 and signed by almost 120 thousand people pointed out that such secrecy meant that hundreds of thousands of victims of the execution lists could end up unidentified.

“Almost half a century has passed since the collapse of the USSR, yet the FSB, the successor to the Soviet state security bodies are continuing to guard their secrets creating fertile ground for falsification of our country’s history.”

The problem is that such falsification of Russian and Soviet history does appear to be the current regime’s objective.  The monstrous dictator and mass murderer Joseph Stalin is increasingly presented in a positive light.  There is emphasis, for example, on the Soviet victory over Nazi Germany with this presented as though this were thanks to Stalin.  Stalin’s collaboration with Nazi Germany and invasion of Poland in 1939 are either ignored or seriously distorted, with the same largely applying to most of Stalin’s crimes.  This has resulted in a terrifying number of Russia’s viewing Stalin in a positive light.

It seems very likely that the wish to rewrite history and to silence independent historians of the Terror was behind the imprisonment and prosecution of world-renowned historian Yuri Dmitriev and probably Sergei Koltyrin.