Belarus: ‘I appeal to all Europe: Please help us, because they’re killing my family’ 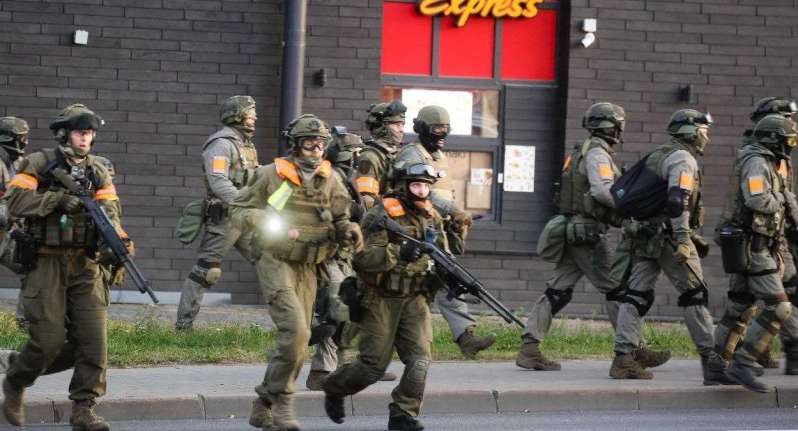 During the first night of protests in Belarus against fraudulent presidential elections, one young man was killed, many injured and an incredible three thousand people were detained.  This was while the world was still watching and could see the brutality of riot police and soldiers against peaceful protesters.  In a very sombre call on Monday evening, the former world chess champion and Russian opposition politician Gary Kasparov wrote: “Listen to the Belarusian people. And watch, so they and their dictator know the world is watching. Every democracy should let Lukashenko (and his enablers, Putin and Xi Jinping) know there will be consequences for a massacre.”

Belarusians abroad have been holding protests in many cities, and calling on the West to react.  In Poland, a young woman, choking back tears, addressed her appeal to all of Europe: “Please help us, because people near my home are killing my parents”.

On 10 August there were the anticipated expressions of deep concern from the UN, NATO, the EU and other bodies, however nobody threatened to even reinstate the sanctions against the regime of Alexander Lukashenko inexplicably withdrawn in 2016.

Instead, the EU statement said only that “we will continue to closely follow the developments in order to assess how to further shape the EU’s response and relations with Belarus in view of the developing situation.”  In other words, expect more statements of deep concern.

Andrei Sannikov, a former Belarusian presidential candidate and political prisoner now living in Poland, told the Guardian that it had been a huge mistake to remove the sanctions. “It was encouragement for Lukashenko to continue with his policy to use violence against peaceful demonstrations. It meant impunity because there is no justice in Belarus, no independent judiciary.”  He believes there need to be proper measures: “Stop all the financial aid, start sanctioning everything. They [the EU] do have instruments and they do know how to react, show some political will.”

For the moment, protests are continuing, and there have been further (isolated) reports of riot police having laid down their shields.  There had, however, been a huge number of arrests and repressive measures even before the elections and the brutality seen on 9 August.  The number of arrests and savage behaviour by enforcement bodies are far worse than that seen in Ukraine at the beginning of the Euromaidan protests.

The Belarusian Central Election Commission, which cannot be considered politically independent, claimed on Monday morning that Lukashenko had received 80.23% of the votes, against 9.9% for Tsikhanouskaya (and sundry amounts for the largely nominal candidates, who were probably put forward to give the event some pretence of democracy after opposition candidates, like Viktor Babaryka and Tsikhanouskaya’s husband, Siarhei Tsikhanouski were arrested.

The main opposition candidate, Sviatlana Tsikhanouskaya stated early on 10 August that she believed she had won the elections, that she is with the people, and has no plans to retreat.  Tsikhanouskaya drew absolutely massive crowds during the election campaign, and the vast queues to vote throughout Belarus on 10 August, and outside embassies abroad, suggest that she was the true winner.

Maria Kolesnikova from her campaign team told the Polish OKO Press that over 50 polling stations had found the courage to display truthful results.  These were unequivocally in Tsikhanouskaya’s favour, with a ratio of around one vote for Lukashenko to five for the opposition candidate.

The following are some of the developments which were able to be reported during 10 August, despite the regime’s efforts to totally block the Internet and disperse protesters.

Ukraine’s National Union of Journalists has reported the names of 16 journalists who had been detained, some brutally, on 9 August or during the night from 9-10 August.  They included Ukrainian Mistislav Chernov, who was covering the events for Associated Press.  He was grabbed and then beaten by enforcement officers and ended up in hospital with suspected concussion.  Much later on Monday evening, it was reported that the riot police had begun shooting at protesters, and that a Nasha Niva journalist had been injured.

The enforcement bodies’ behaviour on 10 August was certainly no less brutal than on Sunday evening, indeed Maciek Piasecki from OKO.press suggests it was even worse.   Although the above-mentioned report suggests that lethal firearms may have been used, from early in the day, there had been reports of enforcement officers shooting at protesters with rubber bullets or so-called ‘traumatic’ weapons.  This was in addition to beatings, stun grenades; tear gas, etc.   Belsat also reported seeing an armed personnel carrier.

According to Alexei Mikhalevich, an opposition politician who once ran for President, you can feel public solidarity with the protesters. He told OKO press that on 9 August, 40 people had received shelter in his apartment block from the OMON riot police. He explains that the guard of a shop on the ground floor locked the doors before the security services and let the people through into the rear of the building.

Mikhalevich believes that there has not been so many people on the streets since 1991, “in fact all the youth have come out onto the street, which means that their parents support the protests, otherwise there would be far less. “

He adds that OMON are not coping and that if Lukashenko wants to crush the protests, he will need to bring in a state of emergency.  Unfortunately, he believes this to be a likely outcome.

Various opposition sources reported that protesters are building barricades at least in Minsk.  The one reported death on 10 August was in Minsk, with the police claiming that a protester died when an explosive device blew up in his hands.  This is, however, disputed, with others reporting that he did not have Molotov cocktail and died after being hit by a stun grenade.

Although most is known about the protests in Minsk, explosions are reported to have been heard, and enforcement officers seen behaving with appalling brutality in other cities as well.