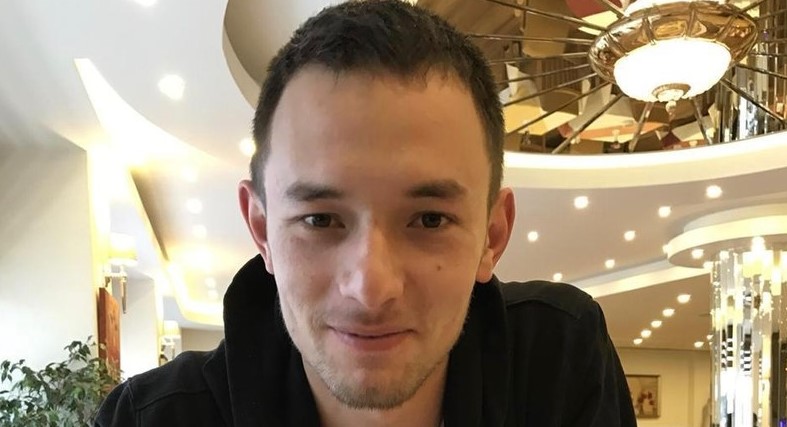 Crimean Solidarity activist and political prisoner, Rayim Aivazov has had the charges against him significantly increased , just as the Russian ‘investigators’ threatened when Aivazov retracted a confession which they had extracted through torture.  The change means that Aivazov, who is not accused of any internationally recognizable crime, could now face a sentence of up to life imprisonment.

Aivazov is one of 25 Crimean Tatar civic journalists and activists whose persecution on entirely fabricated ‘terrorism’ charges has received international condemnation.  Human Rights Watch stated that “the sweeping arrests in Crimea aim to portray politically active Crimean Tatars as terrorists as a way to silence them”, and the men’s release has been demanded by, among others, the European Parliament.  Russia’s most brazen attack to date on Crimean Tatar civic activists began with the arrests of 23 men on 27 March 2019.  The FSB had planned 24 arrests, but one of the men was not in occupied Crimea.

Having arrested one less man than planned, the FSB presumably looked around for another victim.  They found Rayim Aivazov as he was crossing the administrative border between mainland Ukraine and occupied Crimea during the night of 17 April 2019.   Aivazov, who is from Kamenka in the Simferopol district, is, like the majority of men arrested, a civic activist involved in the Crimean Solidarity civic initiative, which arose to help the mounting number of political prisoners and their families, and to report on repression in occupied Crimea.

Crimean Solidarity first sounded the alarm after Aivazov disappeared at the Russian checkpoint and all contact with him was lost.  It was only 10 hours later, at 14.30 that he was able to call his sister and tell her that he had been detained, and that the FSB were charging him with supposed ‘involvement’ in the peaceful Hizb ut-Tahrir party which is legal in Ukraine, but which Russia has labelled ‘terrorist’ without providing any explanation.

These are the same charges as those laid against the 23 men arrested on 27 March 2019 and condemned by the international community.  Russia’s so-called ‘Hizb ut-Tahrir cases’ have been rightly described as a conveyor belt of repression.  On the basis solely of a highly dubious and secretive ruling by Russia’s Supreme Court in 2003 declaring Hizb ut-Tahrir and 13 other organizations ‘terrorist’, the FSB are able to get men who have committed absolutely no crime sentenced to 20 or 25 years, and thus produce good statistics for ‘fighting terrorism’.

In all such ‘Hizb ut-Tahrir cases’, at least one person is charged with ‘organizing’ a Hizb ut-Tahrir group (Article 205.5 § 1 of Russia’s criminal code).  This carries a potential life sentence, and it became apparent with the first such political trial in occupied Crimea that the FSB will simply force a repetition of the ‘trial’ if it does not get a harsh enough sentence.  Others are charged under Article 205.5 § 2 .  This also carries a sentence of  10-20 years’ imprisonment, although here a little flexibility seems to be tolerated (with some Crimean Tatars having received lower sentences).  In none of the cases, is any actual crime required, nor indeed any real proof of involvement in Hizb ut-Tahrir.

In April 2019, Aivazov was charged with the lesser ‘involvement’ (Article 205.5 § 2).  His lawyer, Maria Eismont, is convinced that the decision now, in August 2020, to charge him instead with the more serious ‘organizer’ role (Article 205.5 § 1) is in retaliation for his retraction of ‘testimony’ which he signed under torture. She points out that the ‘investigators’ did not conceal this, saying that in that case they’d make it the more serious charge.

Eismont explains that after he was detained, Aivazov was held for 10 hours by some FSB men who, at one point, took him by car somewhere and subjected him to fake executions (shooting right by him).  Those 10 hours of torture and psychological pressure are, of course, not recorded, with the documents claiming that he was detained at 13.30.

During the detention hearing, almost immediately afterwards, Aivazov retracted the testimony signed and spoke of the illegal methods used to extract it.  It was after this, and with Eismont as witness, that the Crimean Tatar was first warned that he would “in that case” face the harsher charge.

The investigators would, of course, deny that the change in charges is linked with his retraction.  They have claimed that there is a phonographic expert assessment identifying Aivazov’s voice as that on a tape.  Eismont says she cannot check this as she has not been given access to the tape, but has been given a copy of the text, coming it quite clear how innocuous it is.

This supposedly incriminating utterance is as follows:

“A Muslim is prohibited from regretting and being sad about the past since that spoils the present and distracts from what brings one nearer to it. When the future comes, [such a person] is preoccupied with sadness and regrets. In this way, he wastes his life, repeating, if I had acted like that or like that.  In truth, achievement of the goal is not attainable through sadness for the past, but is possible only through serious activities and the use of all time to achieve ones aim and to work towards it.  This was understood by Muslim scholars who left knowledge, recording it and preserving it”.

As Eismont says, there is not even the remotest connection with terrorism in such words which the investigators are claiming to be ‘incriminating’.

Aivazov is just 26.  He and his wife Mavile have two small daughters – Ayat and Amaliya.  The latter was born after his arrest.

Aivazov, and the other 24 men (counting Eskender Suleymanov, arrested on 10 June 2019) have all been recognized by the renowned Memorial Human Rights Centre as political prisoners.  See: Russia uses wholesale arrests to try to crush Crimean Tatar human rights movement

Rayim Aivazov, b. 30.01.1994, is a Crimean Solidarity activist.  He and his wife have two small daughters

Ruslan Suleymanov, b. 21.04.1983, is a physics teacher and Crimean Solidarity civic journalist and activist.  He has two children (after the tragic death of his youngest child, Musa and Russia’s refusal to let him attend the funeral).