Lukashenka returns Donbas mercenaries to Russia, others, reportedly, on their way to Belarus 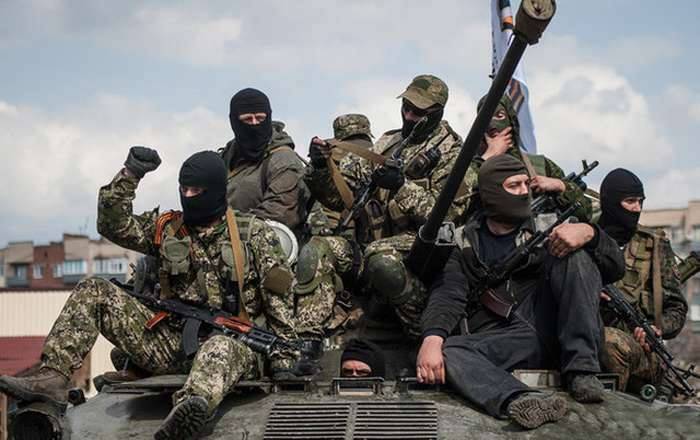 While Moscow is publicly demonstrating a fairly restrained approach with respect to the  mounting protests in Belarus, it is almost certainly not taking a back seat.  It is Russian state television journalists who have been sent in to fill the propaganda void after Belarusian journalists resigned or went on strike in protest, and there are reports of fighters in Donbas being recruited for work as ‘volunteers’.  If the reports, from a Ukrainian human rights group’s sources, are correct, then the money for such ‘volunteers’ must be coming from Russia.  Such tactics are very familiar to Ukrainians, and have the advantage for Moscow of enabling it to deny any involvement and to decide as events unfold how to deploy such fighters.

If Belarusian dictator Alyaksandr Lukashenka’s objective in very publicly arresting mercenaries from the notorious Russian ‘Wagner private military company’ on 29 July was never entirely clear, his aim in handing them back to Moscow on 14 August could not have been more transparent.  By then it was quite clear that the attempt to savagely crush protests over his rigged ‘election victory’ on 9 August had failed, and he badly needed Russian support.  The latter would certainly have been angered had Minsk handed any of the former mercenaries over to Ukraine to face trial for their activities in Donbas.  Lukashenka has also begun using a very anti-Western rhetoric and openly seeking Russia’s support, which Russian President Vladimir Putin is being very vague about promising.  Although there are lots of Russian flags and St. George ribbons to be seen at the state-organized demonstrations in support of Lukashenka,  the Kremlin surely understands that overt Russian intervention will certainly change the position of protesters who at present are against Lukashenka, but not anti-Russian.

The claim on 29 July that the 33 seized Wagner unit fighters were in Belarus to destabilize the situation and attempt to link this aim with the opposition had always seemed absurd.  Although Moscow has a long track record of lying about the uses it makes of Wagner fighters in Crimea, Donbas and in other parts of the world, it was probably telling the truth that the men were in Belarus on their way to their latest ‘job’ (possibly in Venezuela).

Vera Yastrebova, from the Eastern Human Rights Group, first reported on 6 August that the Russian proxy ‘Donetsk and Luhansk people’s republics’ [herein occupied Donbas] were recruiting fighters for activities outside Ukraine.  Their sources within occupied Donbas had informed them that such recruitment had been going on for the past two weeks, and had spoken of a deployment point near the border between the Russian Federation and Belarus. They said that the people were being recruited via the Prizrak [Ghost] brigade and local military recruitment offices, and that the individuals were offered 30 thousand roubles [400 USD], and daily expenses payments.  It was demanded that the recruits urgently obtained ‘passports’ of one of the so-called ‘republics’.   When asked how the contingent is to be moved into Belarus, the recruits answered that the RF and Belarus have a shared economic realm.  Yastrebova encloses some advertisements seeking fighters ‘on contract’.  None mentions work outside occupied Donbas, but she writes that people who answered the ads received such offers.

On 17 August, the Eastern Human Rights Group wrote that they had been informed that three coaches with ‘volunteers’ from occupied Donbas had headed towards the Russian-Belarusian border the previous day.  Two coaches had gone via the Izvarino checkpoint, while the third had set off from Antratsyt and gone via the city of Novoshakhtinsk in the Rostov oblast (Russia).

Any such sources from inside occupied Donbas risk at very least their freedom by revealing such details, so obviously their identity must be concealed.  There is no independent confirmation of the reports which are, obviously, worrying.  A disturbingly familiar detail is the insistence that the men hold passports from the unrecognized ‘republics’  This would change nothing if any such paid ‘volunteers’ caught fighting in Belarus proved to be Ukrainian citizens, but would be a convenient cover for Russians so caught.

Russian propagandists on state television, like Vladimir Solovyev, are certainly pushing the same line as Lukashenka.  Solovyov has, for example, appealed to Belarusians to “not let their country be stolen from them”.  “Do not give in to Lithuanian, Polish, Amerian and other jokes, do not listen to the voices of agitators and propagandists” and “look at what happened in neighbouring countries” and don’t fall into ‘Russophobia’.

Lukashenka confirmed on 21 August that they had invited journalists from Russia to work on the Russian state television [BelTA], replacing journalists and technical staff who are on strike in solidarity with the protests in the country.  He claimed that these were six or nine people “from the most developed television”. “Let our youth see how they work”.  In response to reports that the Russian propagandists are earning exponentially more than Belarusian journalists, Lukashenka claimed that Minsk is not paying them at all, that their salaries are being paid by Lukashenka’s “friends in Russia who will support these people.”

Although Russian state media became increasingly Soviet and sycophantic after Putin came to power, it became a weapon in Russia’s aggression against Ukraine from early 2014.   Those brought in to prop up Lukashenka’s regime will doubtless be experienced propagandists.  For the moment, it is not clear if they can succeed.  Lukashenka’s attempts to instil fear, not to mention his arguments about ‘foreign interference’, paid protesters, etc. are so far failing to deter protesters.  As one man put it most succinctly on his placard, “Sasha [i.e. Lukashenka], we hate you free of charge”.