Threats against journalist probing impact of pro-Russian Telegram channels on Ukrainian MPsReturn to Yanukovych’s selective justice condemned as thousands protest plan to arrest PoroshenkoQuestions to Zelensky if ex-President Poroshenko really is remanded in custodyCriminal probe against Poroshenko regarding Biden tape discredits Zelensky and UkraineChilling déjà vu in Ukraine as criminal charges brought against ex-President PoroshenkoDismissed Prosecutor General condemns baseless criminal charges against Poroshenko‘Treason’ investigation initiated against ex-President Poroshenko over Minsk Accord with RussiaWhistle-blower judge exposes sinister role of Bohdan in Zelensky administrationHead of Zelensky Administration linked to negotiations with Russia that prompted EuromaidanZelensky claims he dismissed illegal Head of President’s Administration Bohdan in response to huge petitionUkrainian media accuse Zelensky & Co. of deliberate provocation after Bohdan resignation fakeZelensky removes top official who opposed illegal appointment of Bohdan as Head of Presidential AdministrationUkraine’s Supreme Court claims illegal Zelensky appointment is not its businessZelensky appoints Kolomoisky lawyer with shady past to head his AdministrationBombshell PrivatBank ruling and other disturbing moves on the eve of Ukraine’s presidential electionsUkraine needs real debates between Poroshenko and Zelenskiy – candidates are not “colouring books”Where Ukraine’s presidential candidates Poroshenko and Zelensky (don’t) stand on Crimea and DonbasLegal classification of Holodomor 1932-1933 in Ukraine and in Kuban as a crime against humanity and genocideOpinion: Legal classification of Holodomor 1932-1933 in Ukraine and in Kuban as a crime against humanity and genocideThe Ukrainian Famine of 1932-1933 and the UN Convention on Genocide
• Topics / Freedom of expression 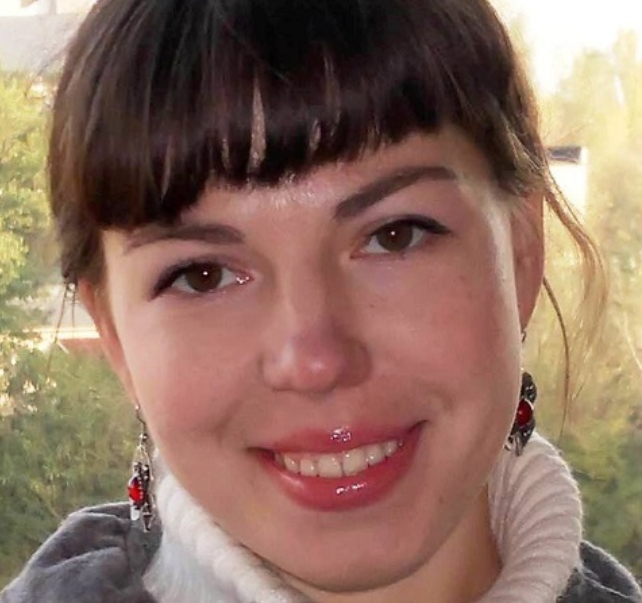 Liubov Velychko has lodged a formal complaint over police failure to properly investigate the serious threats and harassment she has faced since her shocking investigation into the influence of certain Russian or pro-Russian Telegram channels on legislators from the ruling Servant of the People party.

The journalist wrote on 26 August that, together with her lawyer, she had filed the complaint with the State Bureau of Investigations regarding what she called unlawful actions by an investigator from the Brovary Police Station during the investigation into death threats she received after the above-mentioned study.  She later explained to Detector Media that the complaint concerns the failure by the investigator to register an investigation into unlawful obstruction of a journalist’s activities (Article 171 of the Ukrainian Criminal Code).  Such obstruction, they allege, came from both the administrators of the Telegram channels and from Olha Shariy, the wife of a rather notorious pro-Russian blogger, Anatoly Shariy, and the head of the latter’s political party.  The investigator questioned Velychko, but did not register the case in the Single Register of Pre-Trial Criminal Investigations, despite their repeated requests for information about this over three weeks.  Velychko says that the investigator’s failure to register the case is in breach of the law and hopes that the State Bureau of Investigations will hold her to account.

Velychko lodged her initial complaint back on 29 July, under Article 171, over both Olha Shariy and the Telegram channel administrators whom she accuses of having hurled offensive abuse and put pressure on her during the space of several weeks.  Since the investigator did nothing, she was forced to turn to the court to get an investigation initiated.  On 21 August, she reported that the Brovary Inter-District Court had ordered that the investigation be added to the Single Register of Pre-Trial Criminal Investigations.  The investigator did not appear at the hearing and, as of 26 August, has not complied with the ruling.

As reported, Velychko first announced that she was under fire from the Telegram channels back on 15 July, two days after her pivotal study, written with the support of the Institute for Mass Information, was published simultaneously by IMI, Liga.net and Texty.org.ua .

Most people who expose anything to do with Russian propaganda or its hybrid warfare against Ukraine experience Internet abuse, very often from anonymous trolls. On this occasion, however, there were direct threats of physical violence and a coordinated offensive, with false claims about her being circulated and repeated on mass.  A considerable amount of the false allegations were clearly aimed at discrediting the investigation (claiming she had received 20 thousand USD; that the study had been put together in just a week and that nobody had analysed the 10 thousand texts.

As well as threats which made Velychko fear for her safety, this was also a systematic attack on her reputation as an investigative journalist and she is surely justified in wanting a criminal investigation launched and carried through to its conclusion against those responsible for it.

Attempts to discredit the journalist were very clearly aimed at distracting attention from the deeply disturbing results of what certainly seemed like an extremely thorough piece of research.   Velychko analysed the content of 10 thousand posts on five popular Telegram channels between 1 September 2019 and 1 April 2020.  The five were chosen asking speaking with Servant of the People deputies (MPs), some of whom only agreed to speak with Velychko anonymously.  The channels are:

«Темный рыцарь»  [Dark Knight] – also anonymous, though run by a person who claims to be a ‘Servant of the People’ deputy.

Since Servant of the People (or SP, the party linked with President Volodymyr Zelensky) has an absolute majority in parliament, it is very clearly of concern if both ‘Legitimate’ and ‘Resident’ are, as Velychko suspects, but cannot prove, administered from the Russian Federation.  What does seem indisputable, and worrying, is that three channels which are entirely anonymous, all have a very pro-Russian slant.  They also appear to have considerable influence on political events in Ukraine.  is seriously alarming.

The target audience of all five channels are people ‘in the know’, who don’t need to be told what position the named politician holds, or given a name in full.  Velychko suggests that those administering the channels believe that the information they circulate will get to people in power.

Judging by the examples Velychko gave, such assumptions are correct.  Of around 100 messages posted on such channels in the autumn of 2019 regarding the disengagement of troops in Donbas, all of the messages on the Telegram channels assured Zelensky that such disengagement was needed and that the civilian population supported it.  It is easy to glance at ordinary media reports at the time to understand that the issue was significantly more contentious.

Velychko found that these Servant of the People top-five channels write much more often about Russia than about the EU or West as a whole, and not in the light of Russian aggression.  ‘Dark Knight’, for example, criticizes the EU-Ukraine Association Agreement and suggests that Ukraine took the wrong turn in 2013.

87% of the posts analysed were neutral about Russian President Vladimir Putin, with 12% positive.  Velychko did not find a single negative epithet referring to the leader of a country that has been waging undeclared war against Ukraine since 2014.  More details can be found here.

This is a very sobering study which should have prompted reaction and further investigation into how anonymous Internet sources of information (or disinformation) with a pronounced pro-Russian agenda, could be wielding considerable political influence on Ukraine’s legislators and the implications this can have for national security.  Instead, its author came under attack and is having to fight to uphold her rights as a citizen and as a journalist, making this an issue for all journalists writing hard-hitting material in Ukraine.