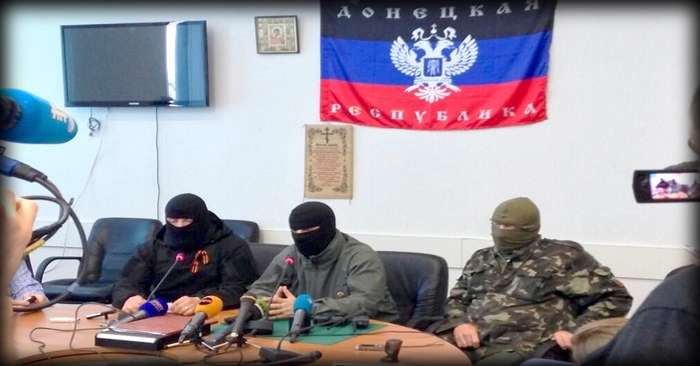 According to Eastern Human Rights Group sources, the death penalty has been handed down over nine times in the self-proclaimed ‘Donetsk people’s republic’ [DPR].  Such ‘sentences’ are of immense concern given the effective violation of all fundamental principles of the right to a fair trial in the Russian proxy ‘republics’.  They also, of course, run counter to Ukrainian legislation, with the death penalty having been declared in violation of Ukraine’s Constitution back in 2000, and abolished.

In its recent report Human Rights in the Administration of Justice in Conflict-Related Criminal Cases in Ukraine April 2014 – April 2020, the Office of the High Commissioner for Human Rights expressed concern, inter alia, about the use of the death penalty in ‘DPR’, but reported only two cases (one in February 2016, the other on 18 July 2018).  At the time of writing the report, it was not aware of any such sentence having been implemented.  In fact, the report has merged three cases into two, with the ‘sentence’ for the alleged rape and murder of a child being imposed in November 2017.  Those from February 2016 and July 2018 both involved murder, pillaging, etc. by so-called ‘Cossack’ militants.

While all such ‘sentences’ were for crimes including murder, in reporting the first of them, the so-called acting head of the ‘DPR military tribunal’, Lyudmila Strateichuk, spoke of other cases that envisaged the death penalty, saying that “these are cases of killings and of spying”.  There are a very large number of Ukrainians currently imprisoned by the Donbas armed groups for what has been called ‘spying’, but seems to have involved commenting about DPR on social media, etc.

Vera Yastrebova, Director of the Eastern Human Rights Group, responded to the OHCHR report by noting that she had worked in a Debaltseve court for five years before the military conflict began in 2014.  She says that she knows many of the court workers who betrayed their oath to Ukraine and “went to serve the occupiers”.  She also has reliable sources of information, and knows from them of over nine cases from 2014 to 2019 where people in the occupied ‘republics’ have been ‘sentenced’ to death.  Such cases, however, are classified as ‘top secret’, with those involved in the procedure for implementing such ‘sentences’ forced to sign undertakings not to divulge any information about them.  Yastrebova  notes that she personally passed on this information to the former head of the UN Mission, Fiona Frazer.

In an interview to Hromadske Radio back in August 2018, Yastrebova spoke of the death penalty in occupied Donbas and stressed that the so-called ‘criminal code’ that the DPR cites cannot be called a law. “There is no presumption of innocence there and the right to defence is also essentially lacking. There is no institutional for independent defence lawyers.  This is only a punitive system which restrains protest sentiments.”  While the death penalty is supposedly imposed only for grave crimes, there is no way of guaranteeing that a person actually committed them if there are none of the components of a law-based system of justice.

OHCHR essentially echoed such findings, expressing concern that the ‘DPR criminal code’ “results in an imbalance favouring the prosecution and infringing upon fair trial rights.”

There is no judicial control over pre-trial investigation and detention. In fact, we know from former hostages, such as writer and blogger Stanislav Aseyev and Stanislav Pechonkin about the horrific torture used in the secret ‘Izolyatsia’ prison on the territory of the Izolyatsia Arts and Cultural Centre and the total lack of any semblance of a real trial.

OHCHR notes that the so-called ‘DPR supreme court’ began functioning on 9 January 2015, with the same body of the ‘Luhansk people’s republic’ operating as a court of appeal and cassation from 25 October 2018.  In fact, Strateichuk was still being described as the head of the Military Tribunal in February 2016.  OHCHR goes on to say that, before the establishment of these systems, “military formations operating in the self-proclaimed ‘republics’ held ad hoc ‘military tribunals’ or ‘people’s courts’ as show trials either without any legal framework or following USSR martial law of the Second World War. Those ‘trials’ led to arbitrary or summary executions and other violations of human rights law and international humanitarian law.”

In reporting the first ‘official DPR death sentence’, the Russian newspaper Gazeta.ru cited, without naming “a former commander of one of the DPR cities’ as saying that “according to his estimates, just in the eight months of active military conflict in 2014, around 100-150 death sentences were implemented in the republic”.

Although there is no independent confirmation of such a huge figure, the militants fleeing Sloviansk in July 2014 left evidence of extrajudicial killings, as well as at least two unmarked graves, containing the bodies of victims.  The first was discovered shortly after liberation of the city, the second in 2020.

See: Unmarked grave uncovered of people killed during Russian armed and led occupation of Sloviansk in 2014