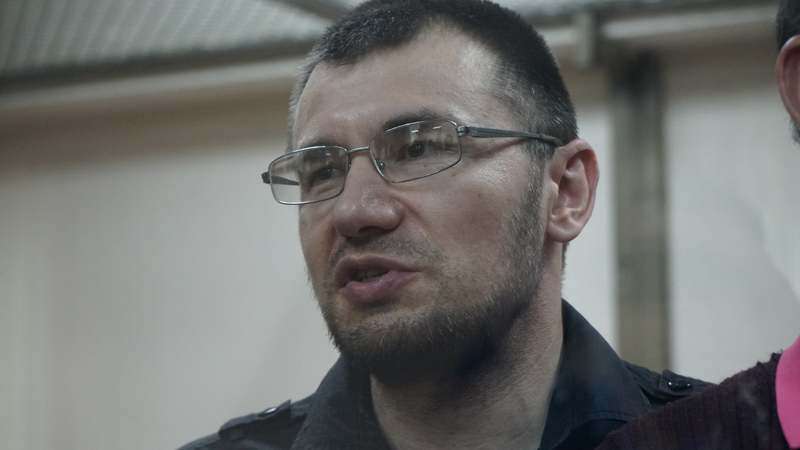 Russia is continuing to conceal the whereabouts of Crimean Tatar prisoner of conscience, Muslim Aliev, almost three weeks after he was taken away, with pronounced coronavirus symptoms.  The man rights defender Emir-Usein Kuku and the four other political prisoners, sentenced in Russia to huge terms of imprisonment without any crime, have arrived at prison colonies in Bashkortostan.

This Russian Federation republic (also known as Bashkiria) is not just thousands of kilometres from the men’s homes and families in occupied Crimea, with this directly flouting the European Court of Human Rights.  It is also desperately cold for Ukrainians, accustomed to Crimean temperatures. After over four years in the appalling conditions of Russian or Russian-controlled imprisonment, all six men are suffering from a range of medical issues.  44-year-old Kuku has long complained of kidney problems, and in the first phone call on 4 September that he was able to make to his wife, he said that the cold is exacerbating the problem. He was placed in quarantine immediately after arriving at the prison colony on 18 August and then straight away thrown into a punishment cell  [SHIZO] for 15 days.  His ‘offence’ – to have asked if it was possible to do the scheduled morning exercises inside, rather than out in the cold,  For this entirely reasonable question,  he received a note on his file and 15 days in conditions that are especially intolerable, with the cell almost certainly even colder.

Nothing has been heard of Muslim Aliev since 20 August, when lawyer Edem Semedlyaev tried unsuccessfully to visit him and the other men.  Semedlyaev was only able to see Arsen Dzhepparov, and was told that Aliev had been ill with clear signs of Covid-19.  He appears to have been taken away somewhere that day, with his wife and family understandably very worried.

Kuku responded to the ever-increasing number of forced disappearances, armed searches and arrests under Russian occupation by becoming active in the Crimean Contact Group for Human Rights.   By now he is one of very many Crimean Tatar human rights or civic activists and journalists, imprisoned on fabricated ‘terrorism’ charges, after facing harassment and often administrative prosecutions in connection with their activism.  In Kuku’s case, there is reason to believe that the FSB may have planned an abduction, which only turned into an ‘FSB search’ after passers-by came to his rescue as he was being attacked by two men.

Kuku; Aliev; Refat Alimov; Inver Bekirov; Arsen Dzhepparov and Vadim Siruk have all been recognized as Ukrainian political prisoners and Amnesty International prisoners of conscience.  They have been imprisoned since early in 2016, with their arrests marked by particularly shocking brutality and cynicism.  Not only were they never accused of any recognizable crime , but all were effectively targeted for their steadfast adherence to principles.  This was in marked contrast to the Ukrainian turncoat, Alexander Kompaneitsev, who in his new capacity as FSB officer, played an especially malignant role in persecuting the men.

Russia began its persecution of Crimean Muslims less than a year after its invasion and annexation of Crimea, however it took the shockingly brutal ‘operation’ on 11 February 2016 to draw international attention to this particular conveyor belt of repression.  The gratuitously violent armed searches that day left small children profoundly traumatized and Aliev; Bekirov; Kuku and Siruk imprisoned. Kompaneitsev had directly threatened Bekirov that if he did not ‘cooperate’, the FSB would come for his nephew, Refat Alimov.  He had also threatened Arsen Dzehappov with arrest if he did not become an FSB informer.  The latter refused, although he and his wife were well aware of what that meant for him.  The FSB came for both Alimov and Dzhepparov on 18 April 2016.

Update  Late on 10 September, Muslim Aliev’s wife was told that her husband has been sent to Prison Colony No. 2 in Salavat, Bashkortostan.   There were no details about his state of health.