Russia brings out Yanukovych to push the Kremlin line on Ukraine’s electionsJudge heavily implicated in persecuting Maidan activists chosen for trial of ex-President YanukovychReal danger that Yanukovych would win against Ukraine in European Court over trial for Maidan killingsParliament pass law that could help Yanukovych avoid justice while hurting UkrainiansNot the Right Way to Bring Yanukovych to TrialNew Laws in Ukraine Obstruct Prosecution for Crimes against Maidan ActivistsHalf the Berkut officers deployed against EuroMaidan activists remain police officersYanukovych ‘doesn’t remember’ the bloodiest day of Maidan killingsPolitical PR & sabotage instead of real investigation on eve of 2nd Maidan anniversaryUkraine’s only trial over Maidan killings under threatPolice & judges accused of impeding prosecution of crimes against Euromaidan activistsAnother person charged with Euromaidan crimes allowed to escape?Ex-Security Service chief in custody over Euromaidan killingsSo who doesn’t want justice for Euromaidan victims?High-ranking Berkut officer charged over Euromaidan killingsEuromaidan: A Year of Impunity and what went wrongEx-Berkut officer on trial over AutoMaidan ambushEx-Berkut officers arrested on suspicion of involvement in Maidan killingsWhere are 13 mysterious Berkut sniper suspects?Who (hasn’t) answered for crimes against Maidan?
• Topics / Court practices 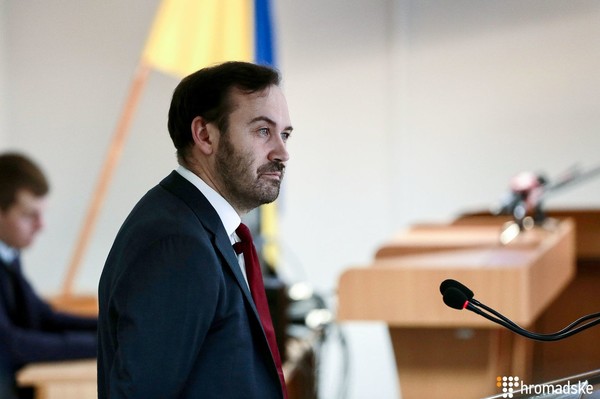 In a truly jaw-dropping ruling, the Pechersky District Court in Kyiv has allowed a defamation suit brought by the son of former Ukrainian President Viktor Yanukovych and ordered that testimony given in Yanukovych’s trial for state treason be retracted.

The news has only just been reported, although the ruling in question was passed by judge Iryna Hryhorenko on 17 August.

The defamation suit was brought by Oleksandr Yanukovych against Ilya Ponomarev, a former Russian State Duma deputy.  The latter was the only deputy to vote against Russia’s annexation of Crimea, becoming the target of almost certainly politically motivated criminal prosecution soon afterwards.  He has been living in Kyiv since 2016 and has provided both testimony in court and interviews to the media, in particular regarding Russia’s plans for and implementation of its invasion and annexation of Crimea,

In her ruling, Hryhorenko found untrue and defamatory information “circulated on 14 February 2018 in the Obolon District Court in Kyiv” while Ponomarev was appearing as a witness in the ex-President’s trial for treason.  Ponomarev asserted that Russia had bribed Yanukovych to get him to reject the EU-Ukraine Association Agreement.  It was the abrupt about turn by the Yanukovych regime in November 2013, reneging on their earlier commitment to seek this vital agreement with the EU that led to the Euromaidan protests and, eventually, to Yanukovych’s flight to Russia (together with his two sons, one of whom later died in an accident). .

The statements that were challenged were as follows:

“... the main negotiator from the Ukrainian side was Oleksandr Yanukovych, the President’s son.”

“I don’t simply confirm, I actually assert that this was specifically bribery.  The task was set absolutely directly to financially interest members of the Yanukovych family.”

“The whole point of this deal was in not directly handing over public funding of the Russian Federation or Ukraine, but to give the possibility to specific individuals, in this case the son of President Yanukovych, to get rich with the help of operations on the stock market.

Hryhorenko also found Ponomarev’s assertion that Oleksandr Yanukovych “was the beneficiary of the deal” on TV 112 Ukraina to have been defamatory.

The court has ordered that Ponomarev retract what is asserted to be false information about Yanukovych Junior in the same program on 112-Ukraina, but informing of the court ruling and reading out the conclusion part (with the ruling). This retraction is supposed to be within a month, however Ponomarev has a month to appeal against the ruling which he will surely do.

Oleksandr Yanukovych’s lawyer, Yuri Kirasir, asserted immediately after the court hearing back on 14 February 2018 that Ponomarev had given false testimony. He further claimed that Ponomarev had “most likely” given the testimony at the instruction of the Prosecutor General’s Office as ‘payment’” for being able to live and run his business in Ukraine.  Kirasir promised both a defamation suit and “report of a crime having been committed”.   He did not divulge what exactly the crime was that they were alleging.

Something can only be defamatory if it is untrue,  It is not clear how Hryhorenko has concluded that Ponomarev was not telling the truth, but this should really only be relevant with respect to Ponomarev’s appearance on television.  A successful defamation suit over witness testimony given in a criminal trial would open a whole Pandora’s box of potential law suits, as well as serving as a deterrent to people who would otherwise be willing to give testimony.

In May 2020, the Supreme Court’s Cassation Civil Chamber allowed a cassation appeal brought by the Prosecutor General’s Office [PGO] after a first instance court and court of appeal found against it in a defamation suit.  The claimant on that occasion, described as “a public individual”,  had objected to the PGO notification on its official website about criminal charges over embezzlement which it claimed to be defamatory. The Cassation Civil Chamber concluded that it was inadmissible for civil proceedings to force retraction of information contained in notification of criminal proceedings. The two first courts, it found, had not taken into account that such retraction would influence the presence or lack of the elements of a crime.  Whether there were such elements needed to be investigated and considered in criminal proceedings, not refuted in a civil defamation case.

The situations are not completely analogous.  In Ponomarev’s case, he was making assertions about Oleksandr Yanukovych who was not on trial.  On the other hand, the allegations did pertain to the trial, and the role that he alleged Oleksandr Yanukovych had played would only be possible because of the link between the ex-President and his son.  Here too, it is impossible to envisage how a civil court ruling that there should be a retraction would not usurp the power of the criminal court to determine whether the information were true or not.