What is wrong with the bill on SBU?A brief description of the KHPG strategic litigations in July–December 2020Stalin Terror echoes in monstrous sentences for totally fictitious ‘Network’ in Putin’s RussiaA brief description of the KHPG strategic litigations in January – June 2020Zelensky’s proposed ‘reform’ of the Security Service fails badly on both reform and human rightsA brief description of KHPG strategic litigations in July–December 2019Russian court passes huge sentences for involvement in non-existent “Network”Ukrainian authorities copy Russia and carry out raid outside Kyiv MosqueAzerbaijan opposition blogger illegally deported from Ukraine despite ECHR rulingUkraine ordered to pay compensation to Russian activist it helped Russia abduct and jailUkraine’s SBU must not help Russia persecute an asylum-seekerDefender of Ukraine sentenced to 18 years after being treacherously handed over to RussiaUkraine’s Security Service abducts and deports former political prisoner to BelarusAnother fighter for Ukraine threatened with deportation to Russia‘Russian world’ supporters in shock as Moscow deports ‘Donbas republic’ propagandist to face trial in UkraineБезпека в Україні жертв переслідувань авторитарними режимами країн колишнього СРСРA brief description of KHPG strategic litigations in January–June 2018Fighter for Ukraine savagely beaten after being treacherously handed over to RussiaChilling twist in Russia’s claim that Ukraine helped Islamic State fighter try to kill Donetsk militant leaderLutsenko admits asylum seeker who defended Ukraine in Donbas was handed over to Russia “by mistake”
• Topics / On refugees 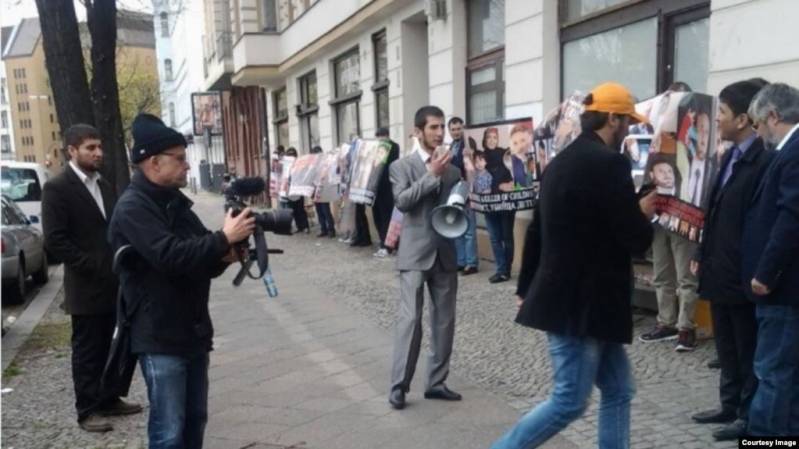 On Monday, 14 September, the European Court of Human Rights (ECHR) asked Ukraine’s Government to provide updated information in the case of an asylum-seeker from Tajikistan, A.A. vs. Ukraine No. 79750/16.

On 18 September, in response to the ECHR letter, the asylum-seeker was detained in Kyiv and taken to an investigative cases judge where prosecutor Pavlo Rak, for reasons unknown, demanded for a second time that the asylum-seeker be placed under arrest pending a decision on extradition. After his detention, the applicant (i.e. asylum-seeker A.A.) was handed over to the Security Service or SBU, where, probably under threat of new torture, it was demanded that he retract the testimony he gave to the ECHR about being tortured in a secret prison by the Kharkiv SBU.

His lawyer does not know where the asylum-seeker is at present and has not been provided with a copy of the application for his detention, or informed about when the court hearing is to take place.

The SBU (or should we already say KGB?) is terrorizing an asylum-seeker, flouting even the European Convention which strictly prohibits interference in the case of an ECHR application. This is not an isolated incident  and confirms the methods of work of the SBU which has been described in detail in journalist investigations, such as Hromadske TV’s SBU Secret Remand Prison and Amnesty International / Human Rights Watch’s report “‘You Don’t Exist.’ Arbitrary Detentions, Enforced Disappearances, and Torture in Eastern Ukraine”, as well as in a KHPG study The security in Ukraine of victims of persecution by authoritarian regimes of post-Soviet countries.

In view of the total brazenness and impunity of SBU officers, we are publishing the testimony of the asylum-seeker (and ECHR applicant) about his torture by the SBU in 2016.

“On 14.07.2016, in the apartment where the applicant was living, he and four other foreign nationals were detained by enforcement officers who did not identify themselves. The officers removed all the people’s passports; money and mobile phones, began checking them and carrying out a search of the apartment. The removed items were not returned. At first there were 3-4 officers, but then several other people arrived.  The applicant cannot say exactly how many officers there were.

The applicant and the other foreign nationals were taken from the apartment to some kind of administrative building which they entered by going through an arch, and then through a security checkpoint with brown metal gates which close automatically.

The applicant was taken to the building and placed in a cell on the second floor  which had grating on the window, metal doors with a window part which was closed.  He was held there until 22.07.2016.

On 14.06.2016 and 16.07.2016, in a law enforcement officers’ office (on the fifth floor), officers used force against the applicant to extract his confession to being involved in the so-called Islamic State and to say where one of the detained foreign nationals had fled. After that the applicant was photographed (possibly videoed) against the background of an ISIS flag and threatened that the photo would be sent to Tajikistan with this meaning that his family would have problems.

We would note that in 2019, X, a citizen of Tajikistan, who was seeking asylum in Ukraine, was secretly abducted in Kyiv by people he says were SBU officers, taken to the airport, where his hands and feet were chained, and he was placed on a plane that took him from Ukraine.  That is, he was effectively handed over to the Tajikistan authorities.  In response to a question from ECHR, the Ukrainian Government asserted that Mr X. had received a passport and had voluntarily left for Tajikistan. . Perhaps it would be possible to believe this version if Mr X. had not recently been sentenced in Tajikistan to 23 (!) years’ imprisonment.

We demand immediate reaction from the Head of the SBU, the Office of the Prosecutor General, the Government’s Representative in European Court of Human Rights cases; the State Bureau of Investigations; the Human Rights Ombudsperson in order to stop such lawless behaviour from SBU employees.