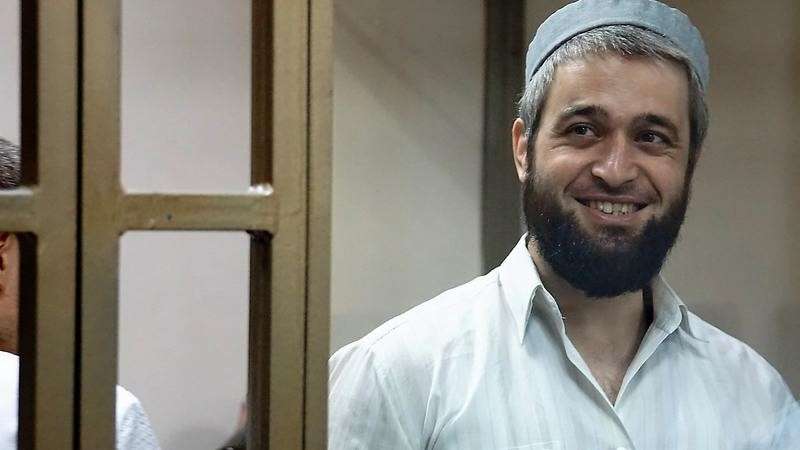 A Russian court on 16 September 2020 sentenced Crimean Tatar civic journalist Seiran Saliyev to 16 years’ imprisonment on an identical charge to that used by the Soviet regime against his great-grandfather.  The latter’s refusal to go into a collective farm, after the Soviets had taken away everything he owned, had been treated as ‘trying to overthrow the state’ and “calling to counterrevolution”.  More than 80 years later, Seiran Saliyev was accused of ‘terrorism’ and ‘trying to overthrow the state’ after he reacted to the mounting repression following Russia’s annexation of Crimea by actively helping political prisoners and their families, and as a civic journalist, ensuring that people knew of the armed searches, arrests and political trials.   “If you compare the documents”, Mumine Salyeva, human rights defender and Seiran’s wife, says, “it turns out that it’s all happening again.  It’s just that ‘counter-revolution; seizure of power and propaganda of anti-Soviet views’ have been replaced by ‘terrorism; justification of terrorism and seizure of power’.  Yet how can you seize power in Crimea without weapons?”

The FSB initially tried to silence Saliyev through administrative prosecutions.  When he refused to be silenced, or to leave Crimea, they brought the ‘terrorism’ charges.

On 12 May 2016, Saliyev used the loudspeaker in a Bakhchysarai mosque to alert people to the latest armed searches and arrests of four Crimean Tatars: Rustem Abilltarov; Zevri Abseitov; Enver Mamutov; and Remzi Mememov.  All four are recognized political prisoners, and there were no grounds for Russia’s ‘operation’ that day, however Saliyev was later prosecuted and fined 20 thousand roubles for having supposedly ‘organized an unauthorized demonstration’ through his use of the loudspeaker.

On 26 January 2017, the FSB carried out an armed search of the home Saliyev shares with his wife and four children (one of whom was then still on the way) and his mother, Zodiye Saliyeva, a veteran of the Crimean Tatar national movement.  Renowned human rights lawyer, Emil Kurbedinov was detained on his way to Saliyev’s home after news of the search.  Kurbedinov was subsequently imprisoned for 10 days on preposterous charges relating to a video posted a year before Russia’s invasion and annexation of Crimea.  Saliyev was imprisoned for 12 days on two equally flawed charges of ‘circulating extremist material’ and ‘showing images of an extremist organization’.

The arrests of a prominent lawyer and the son of a veteran of the Crimean Tatar national movement received international condemnation and were the subject of a scurrilous disinformation operation by the Russian state media.  RIA Novosti wrote of a ‘special operation’ against  ‘extremists from Hizb ut-Tahrir’.  REN-TV went even further.  Describing the arrest of Saliyev and his lawyer as “a special operation to eliminate terrorists from Hizb ut-Tahrir”, they showed a video from some kind of FSB raid in the Caucuses.

Hizb ut-Tahrir is a peaceful pan-Islamist movement  which is legal in Ukraine and which is not known to have committed acts of violence or terrorism anywhere in the world.  The authoritative Memorial Human Rights Centre considers all those convicted only of membership of the organization to be political prisoners.  It has especially condemned the prosecutions in Crimea since Russia is breaching international law by prosecuting people under Russian legislation on occupied territory, however it has also pointed to the grave flaws in any such ‘Hizb ut-Tahrir’ prosecutions.

Saliyev was one of six men taken away in handcuffs on 11 October 2017, after a second armed search of his home, during which his elderly mother was also forced to the ground.  In his final address to the court on 10 September 2020, Saliyev spoke of the flagrant violations in both searches.  The fact that he had already received FSB summonses and come when demanded meant that there had been no good reason for the armed search on 11 October, terrorizing small children. The claim that he could go into hiding as excuse for taking him into custody that day and holding him there ever since was also without justification.  He had not hidden before, during or after the previous administrative prosecutions.

Saliyev and the other men were not accused of any actual crime, and none of the searches came up with anything to suggest that the men were involved in anything illegal.

It was clear then that this was an offensive against the civic initiative Crimean Solidarity, formed in April 2016, which helps political prisoners and their families and publicizes information about repression in Crimea. Four of the men: Marlen (Suleyman) Asanov; Timur Ibragimov; Seiran Saliyev and Ernes Ametov were Crimean Solidarity civic journalists, while Memet Belyalov and Server Zekiryaev were active participants in the organization.  Then, on 21 May 2018, similar ‘operations’ resulted in the arrest of Crimean Solidarity Coordinator and civic journalist Server Mustafayev and Edem Smailov.

Although Kremlin-loyal media presented the arrests as being the FSB detaining ‘terrorists’, the men were basically accused merely of involvement in Hizb ut-Tahrir.

Memorial HRC believes that the Russian Supreme Court’s secretive ruling in 2003 declaring Hizb ut-Tahrir ‘terrorist’ was because Russia needed an excuse to extradite Uzbeks who had come to Russia, fleeing religious persecution in Uzbekistan.  Russia was, until 2016, the only country in the world which has called the movement terrorist, and is now one of two, together with Uzbekistan, which remains notorious for its persecution of people for their faith.  Having never explained why it calls the organization ‘terrorist’, Russia is now using the mere label as an excuse for imprisoning law-abiding people to terms far greater than those which murderers or other real criminals can expect.

All of the men have been recognized by the Memorial Human Rights Centre as political prisoners.

Initially, only Marlen Asanov was charged with the more serious ‘organizer’ role under Article 205.5 § 1 of Russia’s criminal code, however in February 2019, the same charge was also brought against Memet Belyalov and Timur Ibragimov. . Seiran Saliyev; Ernes Ametov; Server Mustafayev; Edem Smailov and Server Zekiryaev were charged with ‘involvement in such an alleged ‘group’ (Article 205.5 § 2).  All eight men were also charged (under Article 278) with ‘planning to violently seize power’.  This additional charge is believed by Memorial HRC to be generally used against people who refuse to ‘cooperate’ with the investigators (which all Ukrainian Muslims in these cases have refused to do).

Essentially none, with virtually the only testimony against the men coming from a Ukrainian turncoat with an interest in proving his ‘loyalty’ to the Russian FSB and two ‘secret witnesses’ whose real identity proved impossible to conceal.  Both of the latter were illegally in Crimea and had reason to fear the consequences if deported to their country of origin (details here).  Their lies could also on many occasions be proven, however in this the defence was systematically obstructed by presiding judge Rizvan Zubairov.

On 16 September 2020 judges Rizvan Zubairov (presiding); Roman Saprunov; and Maxim Nikitin from the Southern District Military Court in Rostov (Russia) sentenced Marlen Asanov to 19 years’ imprisonment; Memet Belyalov to 18 years; Timur Ibragimov to 17 years; Seiran Saliyev – 16 years; Server Mustafayev - 14 years; Edem Smailov  and Server Zekiryaev to 13years.  The sentences were all in the harshest of Russian prison colonies, and in most cases were to be followed by a year (including in Saliyev’s case) or 18 months’ ‘restriction of liberty’.

No crime, no evidence and sentences handed down by a court of the country recognized by the UN General Assembly and all democratic states to be illegally occupying the men’s homeland. The only bright moment was the acquittal of one of the men – Ernes Ametov.  Acquittals are almost unheard of in Russian courts and this was the first such acquittal in ‘Hizb ut-Tahrir cases’.  There are, however, no grounds for assuming that the decision was taken because of Ametov’s obvious innocence, since all of the men are obviously innocent.  It is possible that Russia was seeking to dilute condemnation of a trial so very brazenly aimed at silencing civic activists and journalists.

PLEASE WRITE TO SEIRAN SALIYEV AND THE OTHER MEN!