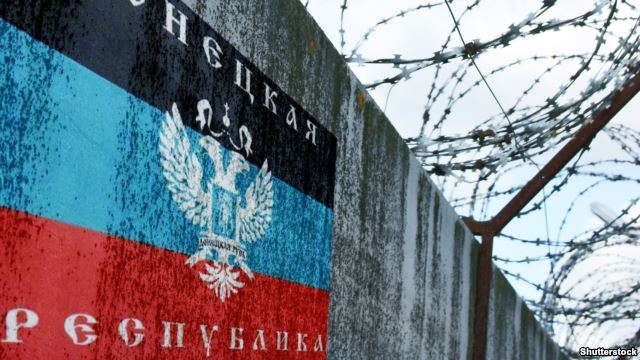 The European Court of Human Rights has ordered the governments of both Ukraine and Russia to take measures to secure the medical treatment of Natalya Z. , a charity worker with HIV who is imprisoned in the so-called ‘Donetsk people’s republic’. In an interim ruling from 18 September 2020, it also demanded that Ukraine include Natalya Z.  on the exchange list and take all measures needed to secure her return to government-controlled Ukraine.  This does not at all mean that Russia’s proxy Donetsk ‘republic’ will agree to place her on the list, but it is nonetheless an important move.

As reported, Natalya Z is HIV-positive and a drug addict who had been on opioid substitution therapy (OST) since 2007.  Such treatment is not actually prohibited in ‘DPR’, however the program closed in occupied Donetsk; Horlivka and Yenakiyeve in 2016 after medication ran out.

Natalya Z. is from Donetsk but had moved to Vinnytsa after Russian and Russian-backed militants seized control in 2014, and was registered with a Vinnytsa dispensary.  According to her colleagues from the Svitanok Club charity, she had travelled between Donetsk, where her mother was still living, and Vinnytsa several times without any problem. On 5 November, 2017, however, she was stopped at the checkpoint into occupied territory by DPR militants who found the buprenorphine medication that she was carrying.  Even though she had documents confirming that this had been legally issued to her, she was ‘arrested’ and imprisoned in SIZO [remand prison], charged with drug smuggling. While in both government-controlled Ukraine, and ‘DPR’, buprenorphine is a restricted drug, it is recognized in Ukraine as part of medical treatment.  Although ‘DPR’ has, in principle,  followed government-controlled Ukraine on measures to fight AIDS, it has also adopted a ‘drugs policy’ which is almost identical to that of the Russian Federation.  This policy is punitive and imposes huge sentences, including in cases where the buprenorphine was legally obtained medication.

In December 2019, Natalya Z.  was sentenced to 11 years, despite the fact that the regional narcologist came to the ‘court’ and confirmed that Natalya Z. was his former patient but that the program had ended, thus forcing her to seek the treatment in government-controlled Ukraine.  Natalya Z, has appealed against the ruling, with this hearing still awaited.

In the SIZO, she had not received the replacement treatment, but was at least allowed the antiretroviral medication needed to suppress the HIV virus and prevent it progressing.  It was partly concern that even this would not be available in the Snizhne prison colony that prompted her colleagues to begin publicizing her plight and also, presumably, to turn to the Ukrainian Helsinki Human Rights Union [UHHRU].  As part of a program of free legal aid for, among others, people living with HIV, UHHRU’s Centre for Strategic Litigations took on her case in February this year.  It was Yevhen Chekaryov, from UHHRU, who made the successful application to ECHR.  The Court in Strasbourg has also added the case to its list of those considered according to fast-track procedure.

Natalya’s mother has been in Kyiv where she asked the Ombudsperson Lyudmila Denisova to have her daughter included on the exchange list.  Worryingly, Natalya Z. has also applied to the so-called ‘DPR ombudsperson for inclusion in the list of prisoners for exchange but, on 17.02.2020 received an official refusal.  It is to be hoped that the publicity and the Court in Strasbourg’s intervention will help change their mind.

The other problem, however, is that Russia and its proxy ‘republics’ are currently trying to blackmail Kyiv, by refusing to consider any exchange of prisoners until Kyiv agrees to hold local elections on occupied territory, which it cannot possibly do (details here).