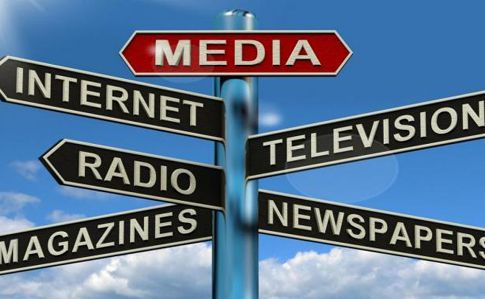 Ukraine’s parliamentarians are due to consider the revised version of a draft law on the media in the last week of September.  The bill was first registered back in December 2019 and elicited considerable criticism both within Ukraine, and beyond. Although some of the norms have been radically changed, many of the problems remain, with human rights lawyer Volodymyr Yavorsky  believing these must be changed in order for the bill to meet Council of Europe and OSCE standards.

Although it was a highly contentious draft law on fighting disinformation that aroused most controversy early in January 2020, the draft bill on the media was also criticized. Particular concerns included the powers the draft bill proposed to given the National Council of Television and Radio Broadcasting, and the number of restrictions on content which can be disseminated by the media.  The latter was seriously criticized in a legal analysis produced by the Office of the OSCE Media Freedom Representative   It would appear from Yavorsky’s analysis of the revised draft law that the problems arising over such restrictions have not been resolved.

The new draft Law on the Media, No. 2693-d was registered on 2 July 2020, a day after the Verkhovna Rada Committee on Humanitarian and Information Policy recommended that the bill be passed in its first reading, as a base. This position is essentially shared by Yavorsky, Media for an Informed Choice and other media organizations.  In its statement on 13 July, the Independent Media Council stressed the need for a new Law on the Media to be passed this year, and suggested that the serious amendments to No. 2963-d needed can be made after the bill passes its first reading.

There are several assessments of the revised bill from, for example, Detector Media and the Institute for Mass Information.  The following, however, concentrates specifically on some of the ‘Threats to freedom of speech’ in the revised version which Yavorsky has highlighted in an analysis for the Zmina Human Rights Centre.

Current legislation regulating the media, Yavorsky notes, is out of date and does not meet current needs and challenges, especially those facing Ukraine as a result of the armed conflict.

One of the concerns raised in the February OSCE report on the original draft bill pertained to the number of proposed restrictions.

“Some of the banned expressions and topics may actually cover legitimate political opinions and discussions, related to matters of public interest in Ukraine, particularly regarding its territorial integrity. According to the applicable international standards, only direct calls to the commission of crimes or to engage in forms of violence, discrimination of hostility can be limited by the legislator or any other State authority. Expression of controversial opinions, even in cases when they contradict a widely majoritarian sentiment or may become particularly unacceptable or offensive

for significant portions of the population, is firmly protected under the freedom of

Analysing the revised version of the bill, Yavorsky found in Article 36 over 24 types of information that the bill would restrict including 12 cases of total bans on circulation of information.  These include incitement to enmity on the basis of race, nationality or religion and utterances which incite discrimination or harassment of particular individuals or groups in connection with their ethnic origin; citizenship; race; religious or other views; age; gender; gender identification; physical disabilities; state of health or other.

Yavorsky is dismissive of the justification for these restrictions cited, namely Article 161 of Ukraine’s Criminal Code (criminalizing incitement to enmity or discrimination).  He points out that the latter norm is so ineptly formulated that it is very seldom even applied, and that the proposed restrictions go significantly further in banning utterances, than the “intentional actions” mentioned in Article 161.

A separate concern is that the criteria for considering which information falls under such restrictions would be drawn up by the National Broadcasting Council.  This too would lead to a much broader interpretation of the norms than that allowed for by criminal legislation.

Not all forms of hate speech can be subject to sanctions under criminal, administrative or civil legislation, with the bans, as mentioned in the OSCE report, normally restricted to those inciting to violence, discrimination of certain groups of people or to international crimes.  The wording in the draft bill does not meet requirements, Yavorsky says, with regard to clarity and foreseeability, nor international standards on freedom of speech.

Article 110 states, with respect to audio-visual media, that utterances that express discriminatory views on the grounds of ethnic origin, etc. are a significant violation, although such discriminatory utterances are not actually included in the list of restrictions in Article 36.  The latter bans only “utterances that incite to discrimination or harassment …”

The other issue here is that essentially any Ukrainian media could be punished for this and you can find such discriminatory utterances in any if you look. This, Yavorsky says, would certainly be disproportionate punishment, especially where there was no intentional discrimination. The very imposition of such strict liability would be more likely to stifle public discussion and coverage of issues of public importance, rather than combating discrimination.

The restrictions on something termed ‘utterances that denigrate or disrespect the state language’ also come in for strong criticism. Such a formulation cannot possibly meet the requirements of clarity and foreseeability, and does not even make sense (you can denigrate native speakers of Ukrainian, not the actual language). Any such condemnation for ‘denigration of the state language’ is likely to turn into (inadmissible) restrictions on people for value judgements.  Yavorsky notes also that in Article 10 of the European Convention on Human Rights, the aims that can justify restrictions on freedom of speech do not include defence of a language.  The norm as it stands, thus, requires substantial correction, with denigration of speakers of a language perhaps added to the norm on hate speech,

One of the restrictions in Article 36 is based directly on the contentious Law on the Condemnation of the Communist and National Socialist (Nazi) Regimes and Prohibition of Propaganda of their Symbols.  The draft bill proposes to ban circulation of material that denies or justifies the criminal nature of the communist totalitarian regime from 1917-1991 in Ukraine; the criminal nature of the Nazi totalitarian regime; that creates a positive image of people who held leading posts under those regimes and material or information that demonstrates the symbols of these regimes to justify or deny their criminal nature.

As reported here, this so-called decommunization law has been seriously criticized by the Council of Europe’s Venice Commission as not meeting international standards, including because the norms are neither clear nor foreseeable.  There is, for example, no clear stipulation of what constitutes ‘justification or negation of the criminal nature; nor is there a list of which symbols are meant.  Yavorsky believes that any imposition of liability or of sanctions by the National Broadcasting Council of this norm would be a violation of Article 10 of the European Convention.

Article 119 proposes to ban circulation of information linked with Russia’s armed aggression against Ukraine, however, in Yavorsky’s view, most of the bans are formulated in such a way that it would be difficult to apply them, and easy to refute them in the courts.  The ban, for example, on ‘popularizing’ or ‘propaganda’ of the aggressor state’s bodies, officials, etc. is entirely unclear and unforeseeable.  Popularization and propaganda do not refer to facts, but to their interpretation, meaning that this is an inadmissible ban on expressing value judgements.  Yavorsky warns, for example, that the National Broadcasting Council could claim that something was propaganda, while the author of the material asserted that s/he had simply presented truthful facts, with the latter having a good chance of winning.

In general, Yavorsky notes, over half of the provisions of the draft bill imposing bans or restrictions on the circulation of information concern value judgements. The bans do not pertain to false facts or information, but to the assessment of such facts. This is reflected in the use of terms like ‘propaganda’; ‘positive coverage’; popularization’; ‘criminal nature’; ‘positive assessment’, etc.  It is a violation of freedom of expression to impose liability for value judgements, and the existence of such norms would be likely to act as a deterrent, putting people off discussing certain subjects.

Yavorsky points out that the draft law will, if passed in its present form, make it easier to apply liability for circulating information since previously the circumstances in any given case needed to be proven within the framework of criminal proceedings.  He believes that all norms need to be as specific as possible.  If, for example, we are talking about propaganda of the aggressor’s war, the circumstances and cases that this could refer to need to be clearly defined.

The bill would also introduce regulation of online media, with Yavorsky considering this to excessively broaden the powers of the National Broadcasting Council far beyond its original scope.  The fact that online media will be regulated by this law and that the sanctions which the bill envisages can be applied  effectively negates the supposedly voluntary nature of any such registration.

Yavorsky is blistering in his criticism of what he calls an approach not seen in any democratic country  and excessively restricting freedom of expression and Internet freedom.  Since the bill does not clearly stipulate who falls within its regulation, the National Broadcasting Council will be able to decide itself, without any clear rules, whether to recognize some resource as media. This does not meet the requirement for clarity and foreseeability and is unacceptable in a democratic society.

Yavorsky warns also that the extension of the law to online media effectively creates grounds for introducing a wide system for blocking the Internet, something that at present does not exist.  It seems likely that none of these questions – about the technical possibilities for blocking Internet content; about who would pay providers to block the material, who would pay for the special equipment needed, etc. – have even been considered, but nor should they be.  As Yavorsky points out, there is no such regulation of Internet content in any EU country, the UK; the USA or Canada.

Draft bill No. 2396 is on the agenda for the week in parliament beginning on 29 September.