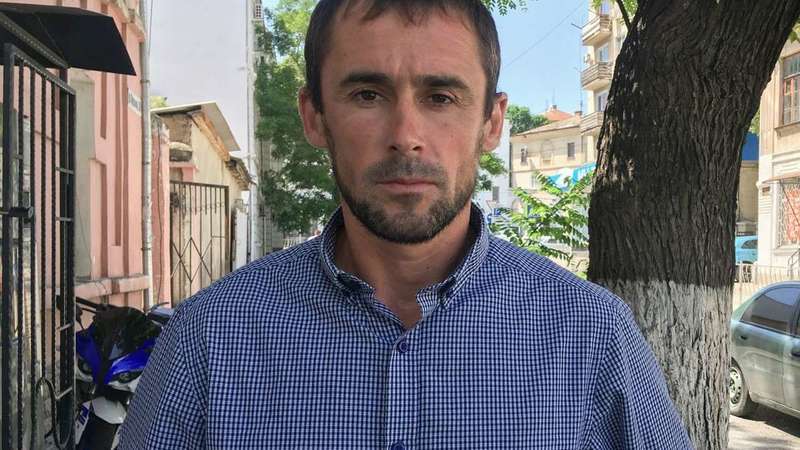 The trial is shortly to begin in Russian-occupied Sevastopol of Ruslan Bekirov, a 35-year-old Crimean Tatar who had the courage in court to retract false testimony which the Russian FSB had earlier extracted by force.  He also lodged a formal complaint against the FSB, and this prosecution is clearly revenge and an attempt to demonstrate what those who resist RSB lawlessness can face.

Bekirov’s lawyer, Emil Kurbedinov, reported on 14 October 2020 that ‘the case’ against Bekirov has been passed to the Russian-controlled Nazhimovsky District Court in Sevastopol.  The charge, under Article 307 § 1 of Russia’s criminal code, is of having knowingly given false testimony, although it was the testimony forced out of him in March 2019 that was false, not what Bekirov said in court several months later.

In March 2019, Bekirov was interrogated by the FSB who wanted him to testify against Enver Seytosmanov, a Crimean Tatar political prisoner who had been arrested in May 2018.  Bekirov was released once he agreed to ‘testify’, however in court on 21 August 2019, he not only refused to confirm the written testimony given earlier, but described how it had been forced out of him, and also lodged a formal complaint.

He explained that he had been summoned to a police department where several armed men in FSB uniform and balaclavas twisted his arms behind his back and forced him into their car.  He was taken to the FSB in Sevastopol where ‘investigator’ Yuri Andreyev began showing him ‘prohibited’ books that he claimed had been removed from the home of Bekirov’s mother.  He also played a recording, claiming that the voice on it was Bekirov’s and that it proved his involvement in Hizb ut-Tahrir.  This is the peaceful pan-Islamist party which is legal in Ukraine, but which Russia has labelled ‘terrorist’ and is using to persecute Crimean Tatar activists and other Muslims in occupied Crimea.  Such charges can result in a sentence of 10-20 years’ imprisonment and there are, unfortunately, no grounds for believing that Russian and Russian-controlled courts would not pass the sentences demanded of them.

This is a very worrying development.  Virtually all of the politically motivated prosecutions of Crimean Tatars and other Ukrainians in occupied Crimea are based on ‘testimony’ which many of the political prisoners have said that they gave under torture.  We also know from men who were ‘interrogated’ as witnesses that similar methods were applied against them.  To an arsenal of torture and threats of criminal charges and guaranteed long sentences, the Russian FSB are now adding trials for giving false testimony where men are courageous enough to retract the lies.

See also: Putin signs law to hide information about FSB torture and other violations in Russia and occupied Crimea