Ukraine’s most malicious miscarriages of justiceA brief description of the KHPG strategic litigations in July–December 2020The practice of application of Article 111 of the Criminal Code of UkraineUkraine found in bulk violation of the prohibition of torture over denial of justice to life prisonersOpinion on the political motives of criminal persecution and violation of human rights in the case of Sergiy PashinskyUkrainian life sentence – because they needed to arrest somebodyZelensky’s ‘survey – legally questionable and cynically populistA brief description of the KHPG strategic litigations in January – June 2020Prison problems. Old cases of people sentenced to life imprisonment is the legacy of the past – of the Soviet UnionCriticism of the Amnesty Bill No. 3397 is Unjust!People from “different planets”. Could a pastor be a killer?A brief description of KHPG strategic litigations in July–December 2019Accountability for international crimes committed in Ukraine between 2014–2018Investigator involved in Ukraine’s most notorious miscarriage of justice appointed to top prosecutor postWhat judicial reform when it’s not Russia, but Ukraine that refuses to release an innocent life prisoner?Judicial reform dilemma for Zelensky“Exceptional lawlessness requires extraordinary methods”. Ukraine’s leaders urged to free Volodymyr PanasenkoLife sentence for a crime somebody else admitted toCourt in Ukraine wipes criminal record from high-profile ex-MP convicted of murderLife prisoners freed in court in important first for Ukraine
• Topics / The right to a fair trial

Viktor Lozinsky, the ex-MP convicted of murder, wins in local elections in Ukraine 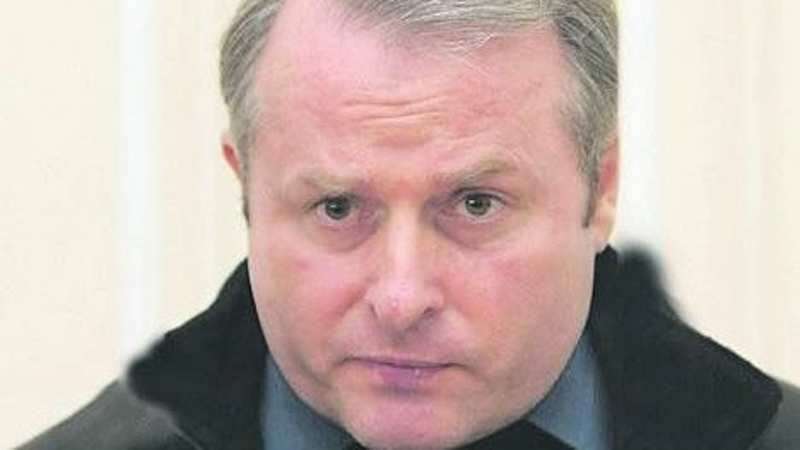 Viktor Lozinsky, a former MP sentenced in 2009 to 15 years’ imprisonment for murder was elected head of a Kirovohrad oblast united territory community during the local elections on 25 October.  While popular support for a person convicted of such a serious crime is certainly baffling, other questions are at least as pertinent, not least how Lozinsky was able to be released after serving a very small part of his sentence and to then have the slate wiped clean. This is when a large number of Ukrainians have spent years imprisoned on similar charges, but with considerably less proof of guilt.

Lozinsky was convicted in 2011 of the murder of 55-year-old Valery Oliynyk on 16 June 2009.  His victim was unfortunate enough to come upon Lozinsky while the latter was out hunting with Yevhen Horbenko, the then prosecutor of the Holovanivsk district and Mykhailo Kovalsky, at the time the chief of the district police department.

At the time of the murder, Lozinsky was an MP from the Bloc of Yulia Tymoshenko.  The high status of all those involved in the senseless killing and the belief that Lozinsky had been behaving like some kind of feudal lord prompted public outrage, and withdrawal of support from the Bloc, and on 3 July 2009, the Verkhovna Rada stripped Lozinsky of his parliamentary immunity.  Although this was officially at Lozinsky’s own request, he promptly went into hiding and was only arrested finally on 1 March 2010.

Lozinsky was sentenced in April 2011 to 15 years’ imprisonment, and Horbenko to 9 years, with Kovalsky receiving a 5-year suspended sentence. Lozinsky’s sentence was reduced at appeal level to 14 years.  In March 2013 the High Specialized Court on Civil and Criminal Cases reduced Lozinsky’s sentence from 14 to 10 years imprisonment, apparently finding some extenuating circumstances.

Then in June 2014, it was learned that Lozinsky had been released ‘on health grounds’.  Health-related early release is possible in Ukraine, but usually applied only where a person is close to death.  In this case, the State Penitentiary Service’s doctors had made no recommendation for Lozinsky’s release, however a panel of judges, under presiding judge Serhiy Vozynyk, from the Boryspil City-District Court, chose to consider “a specialized medical assessment” and order his release.  The assessment gave a whole range of supposed medical conditions, including a serious cardiovascular disorder.  The case elicited a lot of public attention and Lozinsky ended up back in custody.

In February 2016, Lozinsky received early release on the basis of the so-called Savchenko law which counted 1 day in SIZO [remand prison, where the conditions are very bad] to be the same as 1.5 days of the actual sentence.  It was announced in March that the prosecutor had appealed against the early release, and the then Prosecutor General Yuri Lutsenko even asserted in April 2017 that the High Specialist Court had overturned the early release.  It is not at all clear what happened to that ruling, which should have been final, since Losinsky appears to have been at liberty since 2016.

After going into hiding to avoid arrest, Lozinsky finally spent less than six years in custody for murder.  He clearly never lost his influence in the area he is from, and has now been elected head of the Pidvysoke territorial community [Підвисоцька громада] in the Holovanivsk district of the Kirovohrad oblast.

None of the methods by which Lozinsky came to be freed very early and have his criminal record wiped were at all inevitable.  His case stands in glaring contrast to those of up to 100 life prisoners in Ukraine, who are believed by human rights organizations to be serving sentences for crimes they did not commit, or that are disproportionately harsh.   These include Volodymyr Panasenko who has already spent 14 years imprisoned on the basis of four varying ‘confessions’ given by a man who stated clearly at both Panasenko’s first trial, and then at appeal stage, that he had testified against Panasenko under psychological and physical pressure. The shocking nature of this case, and Panasenko’s ongoing imprisonment were reported to parliament by the first Human Rights Ombudsperson, Nina Karpachova and have been publicly noted by Ukraine’s first President, Leonid Kravchuk.  Despite this, nothing has been done to ensure his release, while two of the men responsible for his sentence have received promotion.

See: Ukrainian life sentence – because they needed to arrest somebody

There are also extremely strong grounds for believing that a miscarriage of justice has been committed in the case of Maxim Orlov.  He was sentenced to life imprisonment for a double murder around the same time as Lozinsky’s murder, however in his case, the only evidence came from a 14-year-old, interrogated by the police without a lawyer or his family being present.

There are similar concerns about the life sentence which Mykola Slyvotsky is serving.

It is too late for justice to be served in some cases, such as life prisoner and victim of torture, Oleksandr Rafalsky, who died in mysterious circumstances, aged just 46 in 2016.

These are just a very small number of the cases from the past which arouse well-founded concerns.  Ukrainian legislators have failed for years now to take the simple step needed to enable judicial review in such cases.  Not open the prison doors, just give men a chance to justice.