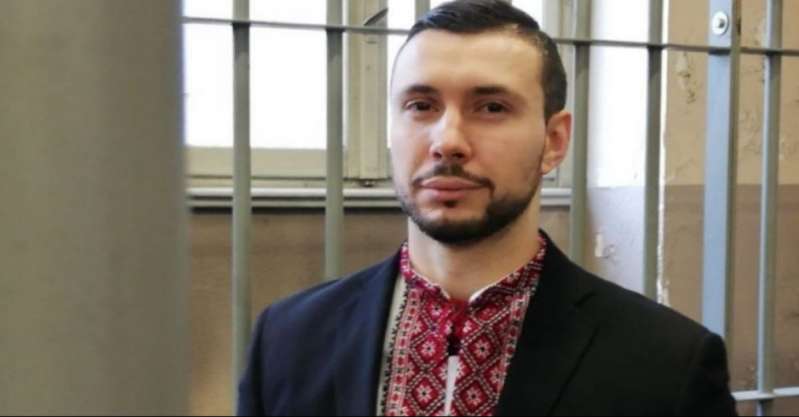 The Court of Appeal in Milan has acquitted Ukrainian National Guard soldier Vitaly Markiv and ordered his release from custody.  The nightmare for the young Ukrainian soldier which began on 30 June 2017 is over, but questions should certainly be asked in Italy about he ever came to be arrested and held in custody for three and a half years.  The prosecution’s case was heavily influenced by Russian propaganda sources which were used to justify a slanted view of the military conflict in Donbas, eastern Ukraine and the deaths of Italian photojournalist Andrea Rocchelli and his Russian interpreter Andrei Mironov in crossfire near Sloviansk on 24 May 2014.

Markiv is 31 and has lost years of his life, being held in an Italian prison and reviled by much of the Italian press.  He was sentenced on 12 July 2019 by a court in Pavia to 24 years’ imprisonment after being found guilty of extraordinary charges which bore a disturbing similarity to those which Russia used against former Ukrainian military pilot and political prisoner Nadiya Savchenko.

The Italian prosecutor essentially claimed that the deaths of Rocchelli and Mironov had been ‘murder’ and denied that there was crossfire, asserting instead that the only shelling had come from the Ukrainian military who knew that there were civilians below.

31-year-old  Rocchelli was a freelance photojournalist who had come to Donbas to cover the military conflict, with Mironov as his interpreter.  Neither they, nor their French colleague William Roguelon, were wearing anything to identify them as journalists when their taxi came under fire at a railway crossing near Sloviansk, on 24 May 2014.

At the time of the tragic events (around 18.00 on 24 May 2014), Markiv was stationed with other Ukrainian soldiers on Mount Karachun.  Without ever having visited the scene of the tragedy, the Italian prosecutor first asserted that Markiv had himself killed Rocchelli, but was forced to withdraw this charge since Markiv had not had any access to the mortar shells that killed the men.  He was instead accused of having provided information to the Ukrainian Army about the men’s whereabouts, in the knowledge that they were journalists.

Over the appeal hearings that began on 29 September this year, the court in Milan was presented with evidence gathered by the Ukrainian authorities, by a group of Italian and Ukrainian documentary filmmakers, as well as the conclusions reached by an international committee of human rights groups regarding the charges against Markiv.

These proved the distance at which Markiv had been standing and that his rifle had not had the optical equipment (claimed by the prosecution) needed to have seen the journalists.  The testimony of eye witnesses was presented, as well as ballistic assessments from the car of the driver who had taken the injured French journalist Roguelon to hospital.  All of this refuted the prosecution’s claim that there had only been shooting from the Ukrainian position, and indicated that there were all grounds for believing that the Ukrainians had been responding to shelling from close to where the journalists had been trying to shelter.

It is disturbing that the prosecution had never visited the site of the tragedy, and had not carried out such fundamental forensic, ballistic and other assessments.  Other omissions were equally baffling.  In early October, a working group made up of members of the Russian Memorial Human Rights Centre; the Ukrainian Centre for Civil Liberties and international lawyers from the French-based Centre de la protection internationale [CPI] issued a damning preliminary assessment of the course of Markiv’s trial.  This highlighted the extraordinary failure to consider the legal status of the military conflict in Donbas in May 2014 – the fact that a war was raging at the time.  There were and remain legitimate questions as to why the prosecutor ignored this, instead treating Rocchelli’s death as deliberate murder.  Evidence refuting this version was either ignored or not sought, although easily found by the documentary filmmakers.

As part of their assessment, the Working Group analysed coverage of the original trial in the Italian media and concluded that the negative public background had led to a violation of Markiv’s right to be presumed innocent until proven guilty.  They found, on the contrary, a general ‘presumption of guilt and frequent use of cliché’s; stereotypes and wrong assessments regarding Markiv, Ukraine and Ukrainians

The lack of objectivity was doubtless influenced by the very suspect reliance on propaganda sources of information about the events in Ukraine in May 2014.  Even the New York Times reported in December 2019 that “it raised eyebrows when the court released its reasoning in the fall showing that among the evidence presented by Italian prosecutors were reports from publications that are generally considered outlets for Russian propaganda.”

Now that Markiv is finally free, it would be worth considering how the Italian public prosecutor came to bring and stubbornly defend charges that bear a disturbing similarity to those brought by Russia against Nadiya Savchenko.  In both cases, journalists were caught up in situations where two warring sides were engaged in active combat, yet it was claimed that one side had deliberately targeted the men as civilians or even journalists.  Both Savchenko and Markiv were supposed to have helped the Ukrainian military target the journalists.  There was plenty of objective evidence demonstrating that Savchenko and Markiv could not have seen the journalists and recognized them as such, yet all of this was ignored.   Russia’s ‘trial’ of Savchenko and 22-year sentence were internationally recognized as a travesty of justice and as part of Russia’s aggression against Ukraine.  It is therefore an immense relief that the Italian justice system has, albeit belatedly, taken a different turning.