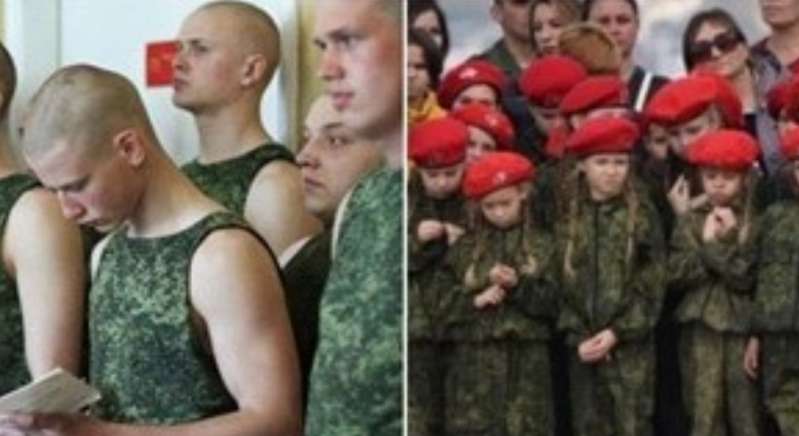 26-year-old Alim cannot return to his family in Russian-occupied Crimea because he is unwilling to do military service and swear allegiance to the aggressor state.  Call-up notices have twice been sent to his parents’ address, with this especially illegal since Alim rejected Russian citizenship and is obliged only to serve in the Ukrainian Armed Forces.  He agreed to speak on cameral only if his face was concealed since he was concerned that his parents could suffer.

Russia is known to have initiated at least 145 criminal proceedings against Crimeans for avoiding military service.  While there may be very different reasons why the young men seek to avoid military service, at least some doubtless have the same motives as Alim.  They would be unable to state this in court without risking a prison sentence for supposedly ‘encroaching upon Russia’s territorial integrity’, while all are victims of Russia’s violation of international law which expressly prohibits an occupying state from conscripting into its army.  Russia is also aggressively waging a propaganda campaign, especially among children, glorifying war and the Russian armed services.

The Crimean Human Rights Group [CHRG] reports that in October alone Russian-controlled courts issued six sentences against young Ukrainians for avoiding service in the Russian Armed Forces (under Article 328 of Russia’s criminal code) and initiated four other criminal prosecutions.  Punishment ranges from a steep fine to two years’ imprisonment, with the victim still being forced to do military service. At least two of the ‘judges’ involved in passing such sentences have either gained notoriety for their involvement in politically motivated trials (in particular, Viktor Mozheliansky), or for issuing large numbers of sentences in such prosecutions (Anatoly Vasylenko).

CHRG has been documenting Russia’s illegal imposition of conscription since the first call-up in the Spring of 2015, and reports that under occupation, 145 criminal cases have been initiated and passed to the court.  Sentences have already been passed in 140 of the cases.

The initial numbers in 2015 were fairly small, but have been rising greatly ever since, with 25 thousand young men so far subjected to conscription.  Russia’s assurances back in 2014 that Crimeans would not be sent outside the peninsula have proven as empty as its promise to respect Ukrainian sovereignty and many young Crimeans are being sent to Russia.

Young Jehovah’s Witnesses are in a particularly difficult position. Their beliefs make it impossible for them to do military service, however stating that this is the reason and applying for alternative service could get them arrested and imprisoned for up to six years’ on ‘extremism’ charges following Russia’s ban of this world faith.  Back in June 2017, a young Jehovah’s Witness was told to change his faith if he wanted to do alternative service with this before Russia’s active persecution of believers.

CHPG is convinced that real measures need to be taken over Russia’s imposition of conscription and increasing militarization of childhood in occupied Crimea.  There need to be hard-hitting sanctions, with these not only financial, but also restricting military and scientific cooperation with Russia.

Russia’s constant attempts to deny that it is an occupying state are rejected by the United Nations, by democratic countries and by the International Criminal Court’s Chief Prosecutor who has confirmed that Russia’s ongoing occupation of the peninsula constitutes an international armed conflict, one falling within its jurisdiction.  Article 51 of the (Fourth) Geneva Convention relative to the Protection of Civilian Persons in Time of War, which Russia is a partner to, unequivocally states that: “The Occupying Power may not compel protected persons to serve in its armed or auxiliary forces. No pressure or propaganda which aims at securing voluntary enlistment is permitted”.

Russia is also very actively seeking to glorify the Second World War and military service among very young children, with military education being included in the curriculum, even in primary school.  Since 2016, the Russian occupation regime has spent over 100 million roubles on efforts to turn children into so-called “new citizens” and “patriots of Crimea”.  This figure almost certainly does not include the massive funding behind the Russian Defence Ministry’s so-called “Yunarmia”, or Youth Army, aimed at glorifying war and instilling a Kremlin-distorted view of historical facts.