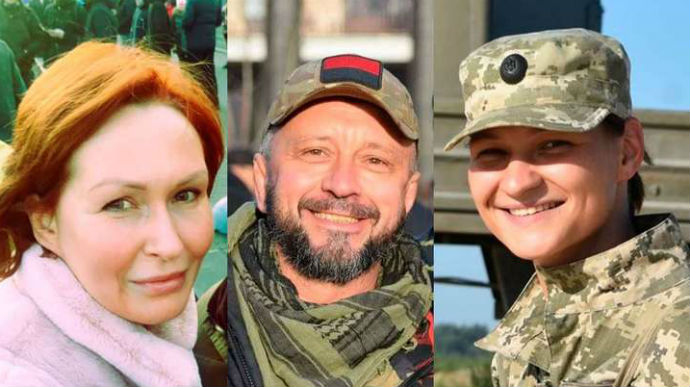 Three weeks after Glen Grant wrote a highly critical open letter to Ukraine’s Interior Minister Arsen Avakov, the British military man received a formal summons for questioning.  He was called as a ‘witness’, however the questioning lasted three hours and he was forced to come to Kyiv from Riga in Latvia for the occasion.  Grant would appear to have repeated the criticism of the case that he expressed in the open letter, published by Kyiv Post on 12 October, and we can only hope that the investigators were interested in understanding Grant’s negative assessment of the situation, rather than in intimidating a critic.

Grant’s letter was entitled: ‘Evidence in Sheremet case insufficient to justify suspect’s detention’ and addressed the fact that Andriy Antonenko, one of the three suspects in this extremely controversial case, remains in detention almost a year after he was first arrested.   On 4 November, a summons arrived from the National Police CID’s senior investigator on particularly important cases, Vasyl Byrko, with the questioning taking place on 10 November.

On exiting the police headquarters, Grant explained to journalists that he had been questioned primarily about the open letter that he addressed to Avakov, and that the questions had been “normal”.  “I was questioned as a witness, rather than being interrogated highly, and I was asked a lot of questions about the letter.  What comes out of this very clearly is that in the Ukrainian legal system, you don’t have any checks and balances. Because what I wrote about for Antonenko was that there’s not enough evidence, enough direct evidence, to keep him in prison until the time of the court, and that he should have been released because the evidence is not strong enough. “

Grant stressed that he was not judging whether Antonenko is guilty or innocent, merely stating that the evidence was not strong enough to hold him in detention.

“The worrying part for me is that in a legal system, if the police don’t give enough evidence, then the prosecutor should see this and should say: there’s not enough evidence, he should be released. And if it gets past the prosecutor, then the courts should say that there’s not enough evidence, he should be released.  And at worst, ministers might have a view and say that there’s something wrong here. But what we seem to have in the system is that all four levels are working together, as though one, and that is wrong, they shouldn’t be.  There should be proper checks and balances at each level, and that came out from the interview”.  He was asked at the end if he had any information, and said that he did not. He had only just arrived in Ukraine for work when Sheremet was killed (on 20 July 2016).

In fact, Grant had done the same as many Ukrainian commentators, namely point to discrepancies and concerns about the case, and it does seem disturbing that he should have found himself questioned as if he might be a witness in the Sheremet case.

Among those who have publicly criticized the case have been former Ukrainian political prisoners, including the Kremlin’s most famous hostage, filmmaker Oleg Sentsov.  In June 2020, he wrote a public letter to President Volodymyr Zelensky over the case, expressing concern, as  a person who knew all too well about predetermined sentences, that the defendants’ right to be presumed innocent until (unless) proven guilty had been flagrantly violated.  At the time, Kuzmenko was also still in custody, and Sentsov wrote that it was because of the very public manner in which Avakov, President Zelensky and the then Prosecutor General Ruslan Riaboshapka spoke of the arrests and of the case having been ‘solved’.  “The courts cannot be objective and independent since on 12 December 2019 these people were designated ‘murderers’, with the Interior Ministry’s briefing broadcast to the entire country”.

The violation of the three people’s right to the presumption of innocence both during the press conference on 12 December 2019, and then during Avakov’s appearance on a television talk show was condemned from the outset by over 80 members of PEN Ukraine in one case, and by prominent Ukrainian human rights activists, academics and politicians in the other.

Antonenko’s lawyers have since lodged an application with the European Court of Human Rights in which they allege both violations of his right to a fair trial, over being virtually declared guilty at a press conference, and of the right to liberty.  Kuzmenko was only released under house arrest in August this year, and essentially all the arguments presented to ECHR apply equally to her.

Worth noting that in February this year, Riaboshapka admitted that there was not enough evidence to send the case to court.  Then on 20 May, Zelensky made it clear that Avakov “started this” and, effectively, that it was Avakov’s head that would roll if the case did not hold up in court.

Just days after Zelensky’s words, radical changes were announced in the indictment, with Antonenko no longer accused of having been the organizer of Sheremet’s killing, but only of having carried it out, by prior conspiracy.

Kuzmenko is still accused of having planted the explosive device during the early hours of 16 July 2016, but not, as previously, with detonating the device.

The investigators quietly removed their claim that Antonenko had been “seized by ultra-nationalist ideas, cultivating the supremacy of the Arian race, the division of society on the basis of ethnic identity, wanting to make his views the object of public attention and carrying out his actions in order to draw the public’s attention to certain political beliefs… he decided to create an organized group in order to carry out the murder of journalist and radio presenter Sheremet”.

Antonenko had expressed outrage in court over such aspersions, which seemed especially absurd given that he is himself half-Jewish.  The main reason, however, for removing this alleged motive was that the police investigators appear to have simply copy-pasted it from the indictment in a totally different case drawn up long before Sheremet was killed.

The original motive cited had seemed absurd, but so too does the present situation where it is essentially unclear why any of the suspects would have become involved in such a crime.  It is equally worrying that the prosecution’s version effectively bins the apparently likely motives –Sheremet’s dissident past in Belarus, his emphatic rejection of Russia’s invasion and annexation of Crimea and his work in Ukraine as a hard-hitting journalist, leaving him targeted merely as one prominent figure among others.

There are multiple other concerns.  Antonenko is significantly taller than the height of the male perpetrator as per two assessments based on video footage of the killers.  He is also a head or more taller than Kuzmenko, which seems far greater than the difference in height between the two perpetrators in the videos. His beard at the time was also quite different from that of the male on the video.

It seems likely that the intervention and open letter from Grant as an experienced military expert, were especially galling as much was made at the 12 December press conference about a British gait expert, Ivan Birch, with the implication then and later being that his evidence and that of another ‘expert assessment’ were unequivocal and extremely important.  In fact, Kuzmenko’s lawyer, Taras Bespaly asserts that when he tried to get an independent assessment, repeating the so-called ‘portrait-psychological assessment’, he was told that such an assessment on the basis of a video is simply impossible.  That left the assessment given by Birch which is also far less definitive than claimed during the press conference.

Forensic gait analysis is not so very widely practised, and the ‘Primer for Courts’ produced by the Royal Society of Edinburgh makes it quite clear that gait analysis from two videos cannot be based solely on those videos, but must be backed by other independent evidence of the person’s characteristic gait.  In this case, Birch appears to have been shown two videos and asked to say whether it could be the same person.  This seems dangerously far removed from the guarantees provided, for example, by police identification parades, and hardly sufficient to warrant holding a person in custody for 11 months.

The trial of Antonenko, Kuzmenko and Duhar began on 4 September at the Shevchenkivsk District Court in Kyiv.  All appeals against Antonenko’s detention have been rejected.