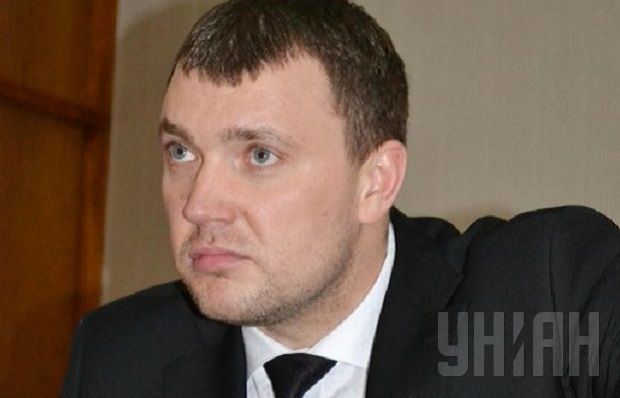 After almost four years of dragging out the trial of a judge involved in the persecution of Automaidan activists, the Ukrainian prosecutor and court have suddenly begun moving with breath-taking speed.  There are, unfortunately, no grounds for suspecting them of wanting to see justice served as the seventh anniversary of the Maidan protests approaches.  Rather the contrary and civic groups are convinced that the aim is to ensure the acquittal of Viktor Kytsiuk, and not simply the termination of his criminal prosecution.

Acquittal or termination are effectively guaranteed following the judgement by the Constitutional Court on 12 June 2020 that Article 375 of Ukraine’s Criminal Code (punishing judges for passing knowingly wrongful rulings) is unconstitutional. The Court, however, deferred the coming into force of this judgement for six months.  On 12 December 2020, all cases involving charges under Article 375 must be terminated.  Before that date, the prosecutions can continue since the judgement is not in force, however defendants – like Kytsiuk – have every chance of avoiding conviction since the norm has been declared unconstitutional.

In an open appeal to the Prosecutor General, Iryna Venediktova, a number of civic organizations, including those directly representing Maidan activists or their families, accuse the prosecutor’s office of deliberately sabotaging ‘one of the key Maidan cases, on charges against Pechersky District Court in Kyiv judge, Viktor Kytsiuk.”  They point out that Kytsiuk was one of the first judges, back in 2014, to face charges of knowingly wrongful court rulings over his persecution of Automaidan activists who took part in the car procession on 29 December, 2014 to the opulent, secretive and illegal residence of President Viktor Yanukovych at Mezhyhirya.  Falsified traffic police protocols were drawn up against activists and journalists who took part, with these then used by certain judges to strip the victims of their licences for up to six months.

In one of the cases in which Kytsiuk was involved, he reportedly stripped Automaidan activist Serhiy Poyarkov of his licence for six months despite the fact that MP Volodymyr Yavorivsky, when questioned in court as a witness, stated clearly that he had been driving that day, not Poyarkov.

The authors of the appeal point out that the trial of Kytsiuk is one of the litmus tests by which the public assess the results of investigations into crimes against Maidan activists.  Not only were Kytsiuk’s rulings based on falsified protocols, but he was also selected to be judge in such cases via interference in the automated system which is supposed to prevent any particular judge being chosen for a specific case.  The civic activists write that cases involving Maidan activists were shared out at the Pechersky District Court by Kytsiuk’s sister, Lyudmila.

The investigators also established that two former heads of the Pechersky Traffic Police Department had forced their subordinates, on pain of dismissal, to draw up the falsified protocols.

The civic groups, which include the Advocacy Advice Panel of lawyers representing Maidan victims, are convinced that enough proof was produced, demonstrating not only that Kytsiuk passed knowingly wrongful rulings, but that there was a scheme afoot ensuring that such cases were handed to those judges willing to pass the rulings demanded of them.

39-year-old Kytsiuk received his first appointment as a judge at the Zhovtnevy Court in Kharkiv in 2009.   He had thus only been working as a judge for three years when, in March 2012, Yanukovych had him transferred to the Pechersky District Court in Kyiv, one of the most prominent courts in Ukraine, and one of the most notorious at that time, given Yanukovych’s politically motivated persecution of his main rival Yulia Tymoshenko and members of her former government.

Ukrainian judges have a five-year initial period, and are then given (or refused) life tenure as a judge. Kytsiuk’s initial tenure ran out in 2014.  He was refused life tenure in 2017, however since 2014, he has remained formally employed by the Pechersky District Court, receiving a salary, though not issuing rulings.

Kytsiuk’s case has been with the Shevchenkivsky District Court since 2016 and, like similar cases, was going very slowly.  The authors of the appeal say that there has been a significant acceleration since June and the Constitutional Court [CCU] judgement.

If it is logical that Kytsiuk would prefer to use the CCU judgement to get an acquittal, than to simply see it terminated.  The same cannot be said for why the prosecutor and court seem to be helping him in this.  An acquittal will mean that Kytsiuk will be able to return to working as a judge, and, the authors of the appeal believe, can hope for many millions of UAH in compensation.

The CCU judgement does not change the substance of the charges against Kytsiuk, and the authors are surely right in pointing out that “the prosecutor should be supporting the state prosecution, not the accused”.   The prosecutor has now refused to question crucial witnesses in the case in order to hurry the court case on, with only three weeks remaining to 12 December.

The victims and their lawyers have applied to return to examining the evidence and to summon the above-mentioned witnesses, but since the prosecutor has opposed this, the court will reject the application and acquit Kysliuk, with this likely to take place at the hearing scheduled for 23 November, the 7th anniversary of the Revolution of Dignity.

The authors call on the Prosecutor General to react to this situation without delay; to carry out an internal investigation and ensure proper representation by the public prosecutor.  “Otherwise full responsibility for the conscious collapse of this case and future millions in compensation for judge Kytsiuk at the public’s expense will lie with you and the team that you represent.”

If Kytsiuk is acquitted, he will be the second judge from the Pechersky District Court involved in the persecution of Automaidan activists to have been acquitted this year.  Although Oksana Tsarevych played a role in the persecution of Tymoshenko and two people in her government (Yuri Lutsenko and Valery Ivashchenko), she was prosecuted over her involvement in the persecution of Automaidan activists.   The acquittal by judge Yevhen Martynov from the Shevchenkivsk District Court in Kyiv on 30 June 2020 came after court hearings had been dragged out over almost five years.  Since Tsarevych was also charged under Article 375, any prosecution was effectively doomed after the CCU judgement on 12 June.  There was, nonetheless, considerable proof that she had known that  the charges against activists were fabricated, and the CCU judgement was not due to come into force for five and a half months when the judge sped through an acquittal.

Although Ukraine’s Constitutional Court has handed down some shocking judgements this year, its revoking of Article 375 was actually welcomed by some of Ukraine’s western partners.  The example in neighbouring Poland, where judge Igor Tuleya was stripped of his immunity on 18 November and could face criminal charges for an entirely justified decision which annoyed the ruling PiS party, makes it very clear why such norms are viewed with concern.  The opposite, however, is also true, with it dangerous if judges and enforcement officers understand that they need fear no consequences for taking part in political persecution even when the regime demanding it ends,