Critic of Russia’s aggression against Ukraine gets 3.5 year jail sentenceRussia sentences Ukrainian soldier to 4 years for political engagement in UkraineRussia’s trial of abducted Ukrainian turns ever more surrealUkrainian abducted to Russia faces ‘trial’ for protest in Ukraine against Russian occupation of CrimeaRussia abducts Ukrainian soldier for new ‘Right Sector’ show trialRussia abducts activist from Ukraine, charges him with involvement in Ukrainian organizationProtests throughout Ukraine following 7-year sentence against civic activist Serhiy SternenkoThreats against Crimean political prisoner sentenced to 14 years for pleading innocent So what will “New SBU” be?What is wrong with the bill on SBU?A brief description of the KHPG strategic litigations in July–December 2020Prisoner exchanged for Ukrainian hostages gets 17-year sentence in Russian proxy Luhansk ‘republic’The practice of application of Article 111 of the Criminal Code of UkraineRussian prevented from appealing against 9-year sentence for supporting UkraineVoices for Freedom – Show Kremlin hostage Volodymyr Dudka and Russia he’s not forgottenRussia seeks surreal 8-year extension to sentence against abducted Ukrainian political prisonerA brief description of the KHPG strategic litigations in January – June 2020The price of PACE capitulation to Russia: Soaring number of Crimean Tatar and other Ukrainian political prisonersПраво на охорону здоров’я у в’язницях протягом пандемії COVID-19Russia has no problem with the torture and killing of a 16-year-old Ukrainian schoolboy
• Topics / News from the CIS countries

Russian prevented from appealing against 9-year sentence for supporting Ukraine 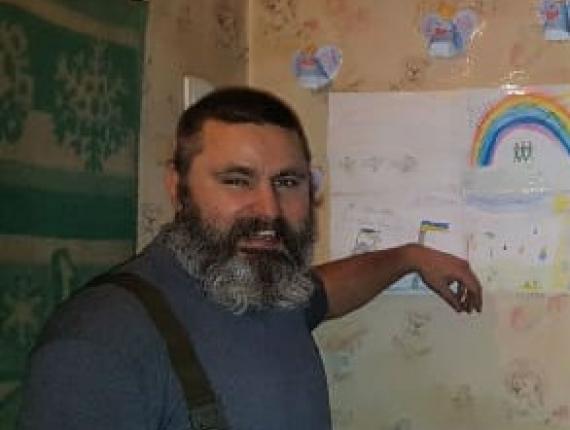 In August 2020, Vladimir Domnin was sentenced in Russia to 9 years’ imprisonment for supporting Ukraine in the conflict in Donbas and the court is now claiming to have not received either his appeal against the sentence, or other complaints and applications regarding the case..

The Memorial Human Rights Centre, which has declared Domnin a political prisoner, reports that Domnin’s lawyer, Igor Popovsky visited the Second Western District Military Court on 17 November and was told that nothing had been registered from Domnin.  This is despite the latter having sent two complaints and two applications to see the material of the case, as well as a brief appeal against the sentence sent back in August.

Domnin’s wife Natalya says that her husband keeps having reports drawn up against him merely because he asks for what he is entitled to by law.  For example, the 54-year-old asked for batteries for his blood pressure meter, and the prison staff issued a report, claiming that he was infringing the rules.  Such reports can result in a person ending up in a punishment cell, losing the chance to receive parcels and, almost certainly, losing any possibility of early release.  It must be said that such early release is effectively never granted in the case of political prisoners. .

While there is already plenty of material evidence proving Russia’s military aggression in Donbas for the International Criminal Court at the Hague, Russia’s selective treatment of its own citizens is also incriminating admission of its engagement in the conflict.  Even Russians suspected of war crimes in Donbas, fighting for the Russian-controlled militants, enjoy total impunity, with those killed in the fighting treated as heroes.  This is in marked contrast to any Russian whom Moscow suspects of involvement in the conflict on Ukraine’s side, or simply of support for Ukraine.

In recognizing Domnin as a political prisoner on 19 March this year, the Memorial Human Rights Centre stated that the political motivation behind his prosecution was directly linked with Russia’s official position on the armed conflict in Donbas. “While Moscow, on the one hand, publicly denies involvement in the conflict, the Russian authorities are, on the other, taking a clear anti-Ukrainian stance.”  This, Memorial noted, was evident in the political trials and imprisonment of Ukrainian citizens, such as Oleksandr Shumkov; Andriy Kolomiyets; Oleksandr Marchenko and several others, and of Russian citizens who oppose Russia’s government policy, such as Rafis Kashapov; Andrei Bubeev; Denis Bakholdin; Darya Polyudova and others.

54-year-old Domnin, who is described as holding nationalist views, ran his own business in Moscow and also took part in opposition rallies.  He is married with three underage children.

He was charged with ‘taking part in an extremist organization’ (Article 282.2 § 2 of Russia’s criminal code, with this how Russia labelled the Ukrainian nationalist organization Right Sector in November 2014); taking part in training for involvement in an unlawful armed group (Article 205.3); taking part in an unlawful armed group (Article 208 § 2) and being in possession of weapons or ammunition (Article 222 § 1). The first three charges pertain to alleged involvement by Domnin in Right Sector and in the latter’s armed formation in the territory where Ukraine was carrying out what was then referred to as ATO (the anti-terrorist operation).

Memorial writes that, in their opinion, Domnin was not in the ATO zone for long; was not directly involved in the fighting and that he does not present any danger to society.  While he admits to having been in possession of a pistol, there is nothing to suggest that he had used it or intended to for any criminal motive.  It also considers that the other charges (presumably of involvement in an ‘unlawful armed organization’) have not been proven.  The investigators themselves say that, in the village of Mariinka (Donetsk oblast), he was on guard duty; took part in building forti

According to the investigators, Domnin, while in the village of Marinka in the Donetsk region, ‘repeatedly mounted guard...took part in the building of fortifications, in organizing food and water supplies, etc., not in direct fighting.

It should be stressed that Russia has called a Ukrainian organization active on Ukrainian territory an ‘extremist’ organization and is claiming – falsely – that its activities in defence of Ukraine’s sovereign territory were ‘unlawful’. For that reason it is not quite clear why Memorial on 26 November stated that it considers Domnin to be a political prisoner on all articles of the criminal code, except that under Article 205.3.