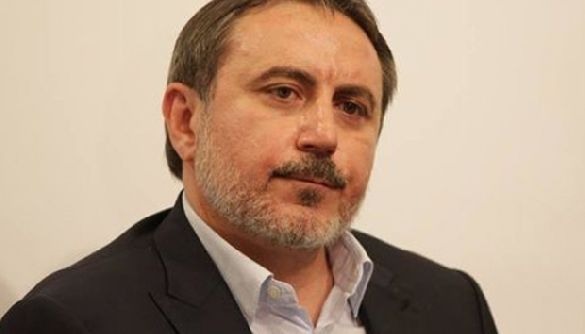 The prosecutor in Russian-occupied Crimea has asked for a 19-year sentence against Crimean Tatar businessman and TV ATR General Director Lenur Islyamov for what Russia is claiming was ‘sabotage, separatism and the creation of an illegal armed formation’.  The ‘separatism’ was in demanding, as do all democratic states, that Russia end its illegal occupation of Crimea and the formation in question is both located and legal in mainland Ukraine, and is also not armed.

Islyamov’s ‘trial’ is one of three, all in absentia, started after Crimean Tatar leaders Mustafa Dzhemilev and Mejlis leader Refat Chubarov, together with Islyamov, announced plans for a March of Dignity from mainland Ukraine to Crimea.  This was a major initiative, with representatives of international organizations and structures invited to join Crimean Tatars and other Ukrainians in affirming that Crimea is Ukraine.  The Russian occupation regime and Moscow generally were clearly rattled by these plans, and despite the postponement, due to the pandemic, came up with grotesque criminal charges and ‘trials’ against all three exiled Crimean Tatar initiators of the March

Both Mustafa Dzhemilev and Refat Chubarov were banished from their homeland within months of Russia’s invasion, with the Kremlin clearly understanding that their opposition, and that of the Mejlis of the Crimean Tatar people, to Russian occupation was not to be broken.  Islyamov, who appears to have both Ukrainian and Russian citizenship and business interests in both countries, took longer to come out in opposition, but has, at least since 2015, been implacably and actively against Russia’s occupation.

All three men were involved in organizing the Crimean Civilian Blockade which began in September 2015, initially with specific human rights demands.  This was later extended to the electricity which Ukraine was helping the aggressor state by continuing to supply to occupied Crimea.

Islyamov was accused of direct involvement in a major power outage in November 2015 following damage to electricity pylons in the Kherson oblast (mainland Ukraine). Although the damage may well have been deliberate, it was on undisputedly Ukrainian territory and there was absolutely no evidence that Islyamov played a role in it.  Although there were doubts about some of the Ukrainian organizations that decided to help in manning the blockade, it was thanks to the Crimean Tatar initiative that an end was put to essentially shocking collaboration with an aggressor state, illegally occupying Ukrainian territory.

Islyamov is also accused of having created the Noman Çelebicihan Battalion (otherwise known as the Asker Battalion) which Russia is claiming is an ‘illegal armed formation’.

The businessman is certainly closely associated with the Battalion which was formed d on 1 January 2016 from people who had taken part in the civic blockade of Crimea. It remains to this day a relatively small formation whose role at present is merely to back the Ukrainian border guards in areas near the administrative border with occupied Crimea.  Islyamov has long indicated that this is a Crimean formation, not only Crimean Tatar. While they would be willing to serve in the Armed Forces in the area of conflict in Donbas, the steps needed to formalize such service have yet to be taken.  This does not, as the prosecutor tried to argue, make it illegal.

Russia has already sentenced at least four Crimean Tatars to long terms of imprisonment for alleged involvement in mainland Ukraine in the Battalion, and, Medzhit Ablyamitov is currently on ‘trial’, facing a 15-year sentence.  The young man had returned to Crimea to care for his mother who had cancer.  Asiye Ablyamitova died alone, on 25 October with her son having not been able to bid farewell, nor to lead the funeral.

On this surreal charge against Islyamov, Lobov asked for 12 years.

This nonsensical charge brought by an occupying state against a Ukrainian for calling Crimea Ukraine is over six occasions.  Nikolai Polozov, Islyamov’s lawyer, assumes that the ‘prosecutor’ has only demanded one year because Russia has partially decriminalized the article of the criminal code in question.

The trial began on 25 May 2020 (three weeks after the date which had been planned for the March of Dignity).  Although the aim of all such stunts is to come up with a conviction, Polozov is making sure that all correct steps are taken in order to eventually bring the cases before the European Court of Human Rights and has throughout demonstrated the cynical absurdity of the charges.  During the court debate on 2 December, for example, he pointed to several UN General Assembly resolutions which clearly state that Crimea is occupied territory on which Russia, as occupying state has no right to apply its legislation, and which detail persecution of Crimean Tatars.  He demonstrated that there is nothing to link Islyamov with organizing the electricity outage, nor the Battalion with weapons.

Polozov accuses the prosecution of repeatedly falsifying documents and prosecution witnesses’ testimony.  One of these ‘witnesses’ proved to be in prison at the time that he was claimed to have been a member of the Battalion.

The verdict (read: sentence) will be announced on 10 December.