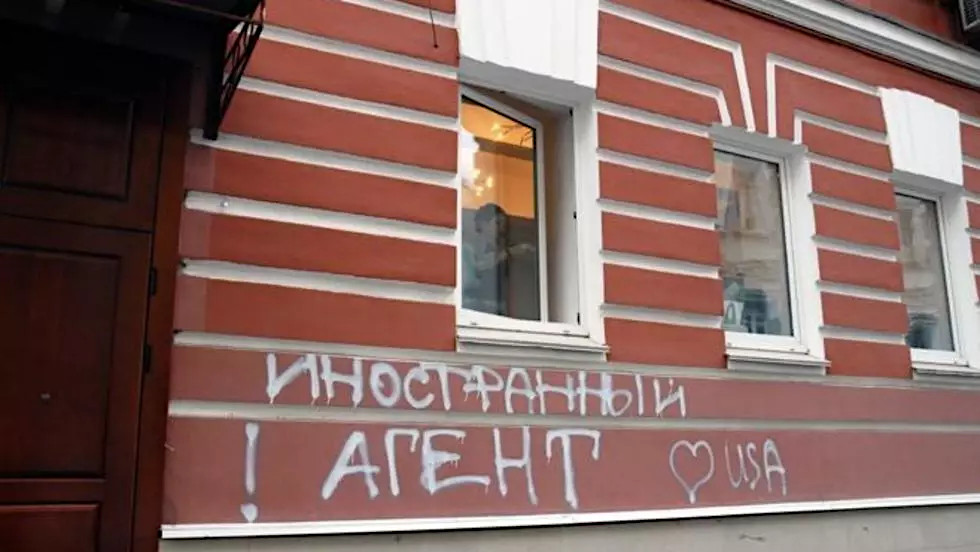 The new rules proposed in these bills will make the situation significantly worse for non-governmental non-profit organisations (NGOs) entered by the Russian Ministry of Justice in the so-called “register of NGOs performing the functions of a foreign agent.” When the “foreign agent” law was first introduced in 2012, the Russian authorities assured that it would not be used to interfere with the activities of such NGOs or to restrict the legitimate rights of citizens and their associations, but only to promote transparency and “to inform the public about NGOs’ sources of funding.” Later, the Russian Constitutional Court held that being included in the “foreign agent register” should not lead to any discrimination of the NGOs. But practice reveals the opposite. Today, these organisations are not only required to label all materials they distribute as products of “foreign agents” but also bear the burden of additional and redundant reporting. They face discrimination, such as being banned from observing elections and referenda, nominating candidates to public monitoring commissions (bodies that monitor human rights in places of detention) and from producing expert reviews of draft legislation. Moreover, such organisations, regardless of the type of activities they pursue, are excluded from the official list of “public benefit NGOs,” limiting their access to public funding. And finally, bureaucrats across government departments who are good at picking up signals from superiors avoid engaging with «foreign agents» as much as possible.

In addition to the already discriminatory treatment, the new bills would make it possible for the authorities to interfere directly with NGO activities. The Government-sponsored draft (https://sozd.duma.gov.ru/bill/1052523-7) requires NGOs included in the “foreign agent” register to notify the Ministry of Justice of any planned or ongoing programs and to provide “other documents” detailing their planned activities as well as reports on their implementation (or explanations as to why any planned activity did not take place). The Ministry is further empowered to bar “foreign agent” NGOs from undertaking or continuing certain programs; the Ministry is not required to give any reasons for their decision. The Ministry’s employees are therefore empowered to ban any NGO activity which they find objectionable – from combating police torture to exposing corruption, supporting victims of political persecution, protecting the environment or helping disadvantaged groups. In doing so, executive officials are not required to seek a court order, to offer any justification or to provide a possibility of appeal; instead, they can file a dissolution suit against a non-compliant NGO. Thus, an NGO labelled «foreign agent» may be faced with a hard choice between quitting an activity and being forcibly dissolved. Either option could effectively force the NGO out of existence.

It is noteworthy that this fate is not limited to NGOs currently in the “foreign agent” registry, but awaits any non-profit organisation disliked by the government, because the grounds and procedures for entering NGOs in the register are so broad as to give the authorities full discretion. Formal grounds for being entered in the register include receiving foreign funding while engaging in “political activity.” The latter is broadly defined in the effective law to cover any public expression of opinion concerning the conduct of a government authority, as well as any publicly voiced assessment of the situation with social, civil and political rights, state of the environment, education, healthcare etc. This overly flexible interpretation of “political activity” – upheld by the Russian Constitutional Court – can and does lead to arbitrary enforcement. Similarly, the other defining characteristic of a “foreign agent,” i. e. receiving “foreign funding,” is already vaguely worded, but the proposed amendments make it even more vague by expanding its scope and adding new features. Consequently, the authorities, at their own discretion, would be able to accuse virtually any NGO financially supported by anyone other than the Russian government, of being financed by foreign money.

The second bill (https://sozd.duma.gov.ru/bill/1057914-7), proposed by a group of State Duma deputies and Federation Council members, further broadens the circle of potential «foreign agents» by including unregistered groups as well as individual citizens. The latter, if found to fall under the definition of a “foreign agent,” will be barred from positions in the government and municipal authorities and from access to state secrets. Both unregistered associations and individuals declared “foreign agents” would be required to label any materials they distribute as products of a “foreign agent” and to file periodic “reports to the government authorities in respect of their foreign agent functions, including the purpose of receiving funds and other property from foreign sources and the actual spending of such funds and use of such property.” The vague and nebulous wording of the bill creates ample opportunities for arbitrary enforcement and makes it possible for the authorities to declare any informal group of citizens or any individual critic of government, such as a public figure, a blogger or a journalist, a “foreign agent” and to enter them in the foreign agent register.

Furthermore, the latter bill extends the requirements of «foreign agent» labelling which currently apply to published materials. If adopted, the new rules will make such labelling mandatory for all communications with government agencies, educational and other organisations; the labelling requirement would extend to all founders, members, participants and employees of NGOs and others included in the “foreign agent» register. This effectively means that any media report discussing an issue of public interest, as well as any blog post, interview, appeal or statement by a person declared “foreign agent” would be required to carry this notification. Mass media would be banned from publishing any information about such NGOs or groups without indicating that they are in the “foreign agent” register.

The third bill (https://sozd.duma.gov.ru/bill/1057230-7) would severely restrict – to the point of prohibiting – the holding of any type of public event by non-governmental entities. It would require the organisers to notify the authorities of the planned event, such as a public rally, demonstration or picket, indicating the single bank account for collecting all funds for the event; the organisers would be required to submit a financial report to the authorities following the event. Contributing money to this designated account could take the same amount of effort and precision as depositing funds to a political candidate’s election campaign account. This amendment makes the already complicated bureaucratic procedure of obtaining authorisation of a public event even more burdensome. The bill would ban any NGOs “performing the functions of a foreign agent” from contributing funds to public events. In particular, this ban would make it impossible for the Memorial International Society to raise funds from the public for holding the Returning the Names event near the Solovetsky Stone in Moscow which has been held annually for years and attended by thousands of people on the Day of Remembrance of the Victims of Political Repression.

The fourth bill (https://sozd.duma.gov.ru/bill/1057895-7) proposes amendments to the Federal Law on Education to impose stricter government oversight and regulation of any type of educational activity and to restrict drastically the possibility of engaging in international cooperation for education providers.

The bill’s definition of «educational activity» far exceeds the boundaries of the formal education system and even the educational discourse but encompasses all forms and types of information dissemination. The proposed amendments would extend the scope of the Law on Education to areas that go far beyond the sphere of formal education, thereby opening up more opportunities for arbitrary enforcement and unlawful infringement on the freedom to receive and impart information.

The new rules proposed in the above bills, should they become law, will impose even tougher – indeed, nearly total – government control over Russia’s civil society. Already severely marginalised, democratic debates on issues of public interest are likely to be reduced to a bare minimum. Government bureaucrats will be “legally” allowed to ban any civic initiative which they find critical or perhaps not loyal enough. These bills, if adopted, will strip many Russians, foreigners and stateless persons living in Russia of qualified assistance with defending their civil, political and social rights and the right to habitat, with accessing education and healthcare, and benefitting from other services provided by Russian civil society.