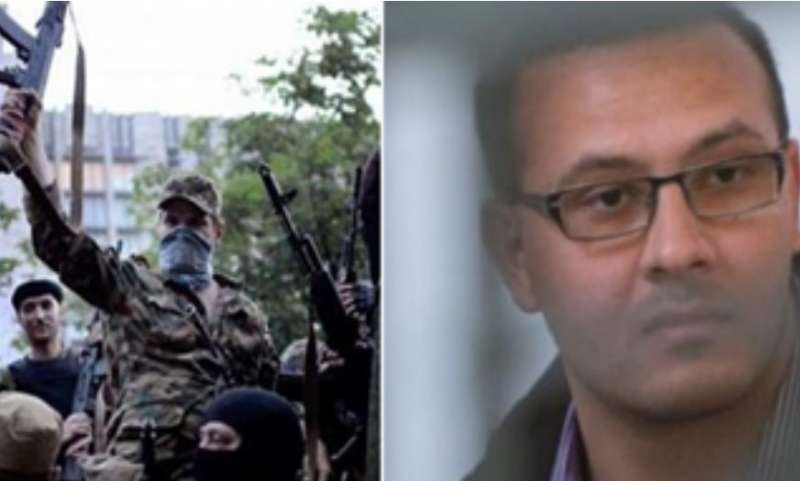 The High Court of Appeal in Prague has changed a suspended sentence to a real three-year term of imprisonment for Pavel Kafka, a Czech citizen who fought on the side of Russia’s proxy ‘Donetsk people’s republic ‘ [DPR] in 2015-2016.

The prosecution had demanded a 12-year sentence against the 27-year-old on terrorism charges, however in July 2020, a court in České Budějovice convicted him of taking part in an organized criminal gang and passed a three-year suspended sentence, with a five-year probation term.  This was challenged by both the public prosecutor and by Kafka himself, with the Supreme Court clearly deciding that the sentence was too light.

As in other such cases, Kafka claimed to have gone to Donbas only to help civilians and to work in a hospital.  He asserted that this was because he was concerned that people in Donbas were deprived of help, however the judge rightly pointed out that, at least at the time in question, there had been a Czech NGO ‘People in Need’ working in ‘DPR’.  People In Need was expelled by the militants in November 2016, just as winter approached and the vulnerable people in eastern Ukraine whom the NGO were bring aid to most needed their help.

The prosecution accused Kafka of having gone to Donetsk to join a tank unit, and of having received training to take part in the fighting.  They also presented witness testimony of his anti-Western sentiments and his support for Russian President Vladimir Putin.   Yevhen Perebyinis, Ukraine’s Ambassador to the Czech Republic, reports that in his explanation to the court, Kafka said that he had joined a Facebook group that called itself something like ‘Russia is our true friend’.  There, he said, he had seen the relevant calls to action, had got himself a Russian visa and gone to Donbas (via the part of the border between Ukraine and Russia not presently under Ukrainian control).  Although he claimed this was to help civilians, the homeless and to work in a hospital, Perebyinis says, the prosecution had proven involvement in fighting on the side of the illegal armed formations.

Perebyinis mentions two other cases –  that in absentia against O. Grund and against a foreigner in the case of Belarusian A. Fadeyev.  The real sentence in Kafka’s case is, he believes, an important precedent.   The Czech enforcement bodies are steadily working on brining individuals to account and there are several dozen of such criminal prosecutions, though in the majority of cases, the men are hiding out in Donbas.

That sentence revoked an earlier acquittal.  Skripnik had reportedly admitted the charges when first questioned by the Latvian Security Police, with the tape of that interrogation shown in court.  During it, Skripnik said that he had been living in Moscow and had, from 2008, taken part in various group activities, including on military subjects. He said that he had received an offer in the summer of 2014 to go with that group to eastern Ukrainian.  He had been offered 20 thousand roubles a day for taking part in the armed conflict.  He was issued with weapons and a uniform in Russia, and he admitted to having taken part in armed action in Luhansk and Donets from July 2014. He admitted to having killed people, saying that as a sniper he had killed more than 100.

During the first trial, Skripnik  asserted that he had given this testimony under psychological pressure and claimed that he had taken part in a humanitarian mission taking clothes and other items to the so-called ‘Luhansk people’s republic’ [LPR] from Moscow in the middle of 2014.  This was around the time that Russian neo-Nazi mercenaries Alexei Milchakov and Jan Petrovsky set off from Moscow to Donbas to fight for LNR.   Milchakov wrote that they were provided with weapons, etc. and travelled to Donbas together with other fighters, and with so-called ‘humanitarian aid’.  Milchakov has been quite open about the fact that they were paid for their participation (details here).  The Security Police in Latvia have, reportedly, initiated five criminal proceedings against nine people suspected of taking part in the conflict in Ukraine and in criminal organizations.