Ukraine’s most malicious miscarriages of justiceUkrainian jailed in Russia’s revenge for Maidan punished because of back pain First Russia came for the journalists. and now it"s hiding their trials Crimean Tatar political prisoner spends year in torture conditions for refusing to collaborate Shevchenko and Russia’s first Ukrainian political prisoner in occupied Crimea Russian-occupied Crimea and Donbas close to North Korea in Freedom House rating Russia sentences 62-year-old Oleh Prykhodko to five years for insisting that Crimea is Ukraine Russia destroys major human rights NGO with new ‘foreign agent’ restrictions Ukraine takes over from Russia in silencing vital Crimean Tatar media in occupied CrimeaRussian occupiers of Crimea puts 66-year-old Ukrainian on trial for ‘state treason’Will anyone answer for the killings on Maidan?Ukraine imposes sanctions on pro-Russian MP Medvedchuk & his wife. What about criminal proceedings?Russia hits new low through detention of Crimean Tatar nurse helping sick childrenYoung Ukrainian ‘sentenced’ in Russian proxy Luhansk ‘republic’ to 12 years for ‘state treason’ & ‘spying’Crimean Tatar political prisoners illegally taken to Russia in appalling torture conditions ECHR finds Ukraine breached the right to life over Maidan killing and multiple other violations Crimean Tatar political prisoner ‘retried’ until Russia’s FSB got the sentence they wantedApplication practice of Article 110 of the Criminal Code of Ukraine“Now and then the flame dies down, but solidarity is a stream of sparks”2020: There was no worse year in the realm of human rights after the Revolution of Dignity
• Topics / The right to a fair trial 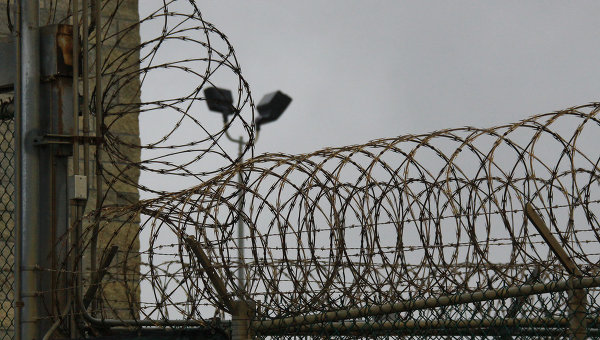 The European Court of Human Rights has unanimously found Ukraine to be in violation of the European Convention’s prohibition of torture over its failure to give life prisoners, some of whom are almost certainly innocent, any hope of a review of their sentence.  The Court did so this time in bulk, with the list of applicants whose rights had been violated including Volodymyr Panasenko, who has spent 16 years in prison for a crime nobody believes that he committed.

The reason for the ‘bulk judgement’ published, appropriately enough, on International Human Rights Day, 10 December 2020 is that Ukraine has already been found in violation and has failed to rectify the situation.

In its earlier conclusion that Article 3, or the prohibition of torture, requires that there must be the possibility that a life sentence can be reduced, ECHR was careful to stress that they were not saying that all prisoners must eventually be released.   What is required is the possibility of “a review which allows the domestic authorities to consider whether any changes in the life prisoner are so significant, and such progress towards rehabilitation has been made in the course of the sentence, as to mean that continued detention can no longer be justified on legitimate penological grounds” (Vinter and Others v. the United Kingdom, 9 July 2013).

In Ukraine, a life sentence is for life, with the only possibilities for release being a terminal illness or a Presidential pardon, with the latter in the last two or three years not used at all.  The situation here is particularly shocking since until a new Criminal Procedure Code was introduced in 2012, there were no mechanisms for ensuring that a person could not be convicted and sentenced, even to life, on the basis of ‘confessions’, tortured out of a person, testimony given without a lawyer being present, etc.  This is one of the main reasons why human rights groups have identified up to 100 cases where there are real grounds for believing that life prisoners are either innocent or should not have received such a harsh sentence.  There is, however, no mechanism (other than a pardon) for a reduction in a life sentence, nor for judicial review even where there seem strong grounds for fearing a miscarriage of justice.

In the case of Petukhov v. Ukraine, on 12 March 2019, life prisoner Volodymyr Petukhov was represented by lawyers from the Ukrainian Helsinki Human Rights Union, with one of the complaints being that the life sentence could not, either legally (de jure) or de facto be reduced.  Since one of the points that the Court in Strasbourg has made is that there must be a chance that rehabilitation will lead to a reduction in sentence, it is worth noting that the Court concluded that the existing regime for life prisoners in Ukraine is incompatible with the aim of rehabilitation  (82, 84). “Life prisoners in Ukraine are segregated from other prisoners and spend up to twenty-three hours per day in their cells, which are usually double or triple occupancy, with little in terms of organised activities and association”

The Court noted that there was a systemic problem in Ukraine that needed to be resolved and even set out the solution.

“for the proper execution of the present judgment the respondent State would be required to put in place a reform of the system of review of whole-life sentences. The mechanism of such a review should guarantee the examination in every particular case of whether continued detention is justified on legitimate penological grounds and should enable whole-life prisoners to foresee, with some degree of precision, what they must do to be considered for release and under what conditions, in accordance with the standards developed in the Court’s case-law.”

Vadim Chovhan, one of the lawyers involved in the newly published  Case of Lopata and Others v. Ukraine  welcomes the judgement, but points out that it resolves nothing.  After the 2019 Petukhov v. Ukraine judgement, the Supreme Court washed its hands of the case, saying that it is parliament that must resolve the problem.

Certain MPs, working in cooperation with human rights groups, have certainly tried to rectify the situation.  A bill (No. 2033a) providing the chance of judicial review was tabled in parliament back in June 2015, and even passed its first reading, before stopping.  A new bill (No. 3078)  for the new parliament was tabled in February 2020, and is even formally on the agenda, only nobody is in a hurry to consider it.  This is almost certainly due to heavy lobbying from those among the enforcement bodies who know how many officers would be implicated by such reviews.

Almost two years have passed since the Court found Ukraine in violation of Petukhov’s rights and spelled out the measures needed.  In its judgement on 10 December 2020, an ECHR Committee (consisting of the President, two judges and the assistant court registrar) found that there had been a breach of Article 3 of the Convention over life sentences with no prospect of release / review in the case of 24 life prisoners, including Panasenko.

Both on this occasion and in March 2019, with respect to Petukhov, the Court concluded “that the finding of a violation constitutes in itself sufficient just satisfaction”.  This may be correct, however some hard financial cost to the taxpayer from MPs’ unwillingness to heed the Court and rectify a grave failing in Ukraine’s judicial system might make it easier to circumvent yet further bulk judgements against Ukraine – and give life prisoners the chance of justice.

Panasenko’s case is shocking for many reasons.  It is not unique making the need for reform especially urgent.