Russia’s Show Trial must go on, however many Crimean Tatar political prisoners it kills 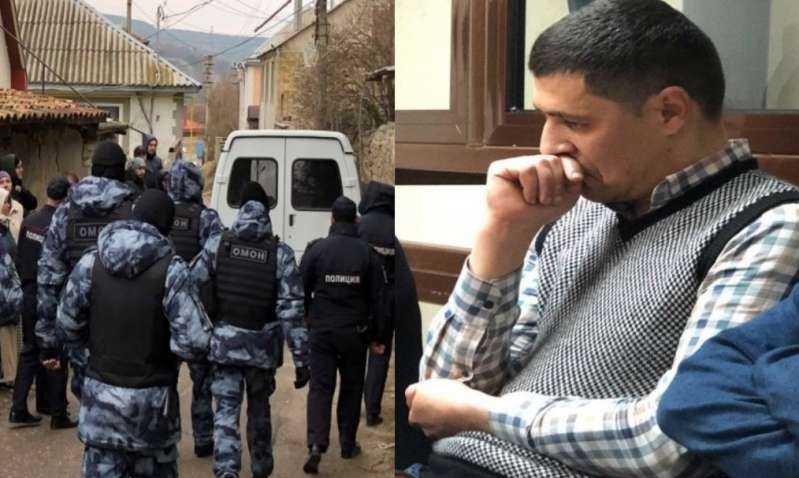 Yet another ‘trial’ of Crimean Tatar political prisoners has begun, with this one dangerously likely to cause the death of one of the ‘defendants’ well before the predetermined verdict.   Amet Suleimanov’s heart condition is so grave that even the Russian FSB settled for house arrest, rather than placing him in detention following the wave of arrests on 11 March 2020.  They have, however, prevented him from having urgently needed heart surgery and are now taking him in a prison van on the gruelling 12-hour journey, through the night, from Bakhchysarai to the court in Rostov-on-Don (Russia).  Suleimanov’s wife, Lilya Lyumanova, travelled to Rostov separately, in the hope that she would at least be able to pass him medication if needed, but the hearing was behind closed doors and she was only able to speak with her husband’s lawyer who reports that Suleimanov was exhausted from having to sit in a vehicle for so many hours, and without the food and medication regime that is so important given his condition.  His blood pressure rose as a consequence and he was simply not in a state to take a proper part in the court hearing.  His very ‘trial’ under such circumstances is akin to torture and in serious violation of his right to a fair trial.

36-year-old Suleimanov is a Crimean Solidarity activist and civic journalist who doubtless annoyed the FSB by streaming information about Russia’s ever-mounting number of arrests and political trials on to the Internet.  The father of four had, however, been forced to restrict his civic activism over the months before his arrest due to a worsening of his serious heart problems.  Suleimanov suffers from chronic rheumatic heart disease, aortic insufficiency, coronary artery disease and other conditions.  He had, since 2008, been receiving treatment and consultation on an annual basis both at the Amosov Institute of Cardio-Vascular Surgery in Kyiv and at the Semashko Hospital in Crimea,  and had third group invalid status.  The latter was, however,  withdrawn in 2015 after Suleimanov refused to have an operation in Moscow, despite well-founded doubts about such an abrupt move after years of treatment in Kyiv.

Like very many other imprisoned civic activists, Suleimanov had earlier faced administrative prosecution for perfectly legal acts of solidarity with other political prisoners.

Then on 11 March 2020, the FSB, together with Russia’s other enforcement bodies, carried out armed ‘searches’ of seven homes in Bakhchysarai.  As well as Suleimanov, the FSB arrested 32-year-old Seitumer and 28-year-old brother Osman Seitumerov, the two sons of renowned historian and veteran of the Crimean Tatar national movement, Shurki Seitumerov. The fourth person arrested that day was the two brothers’ uncle  Rustem Seitmemetov.  An armed search was also carried out of another Crimean Solidarity civic journalist Seydamet Mustafayev, although his name was not included in the new ‘case’.  Not only did the enforcement officers continue with the search although Mustafayev himself was not at home, but they took his elderly father, Enver Mustafayev away for several hours.  The officers, many of them in masks, also turned up at the home of Seitumer Seitumerov (yes, two people with the same name), a former Crimean Solidarity activist who left for mainland Ukraine a while ago and is now a presenter on TV ATR.

In all cases, the lawyers who arrived to represent the men were, illegally, prevented from being present during the ‘searches’. This is almost certainly because in at least Suleimanov’s home, the men purportedly ‘searching’ the house actually planted two ‘prohibited’ books.

Although the men are all facing charges under Russia’s ‘terrorism’ laws, it was only ever ‘prohibited’ literature that the FSB was interested in – and willing to bring with them.  No weapons were found, no explosives, nor anything criminal, yet all the men were taken away and are now facing huge sentences. 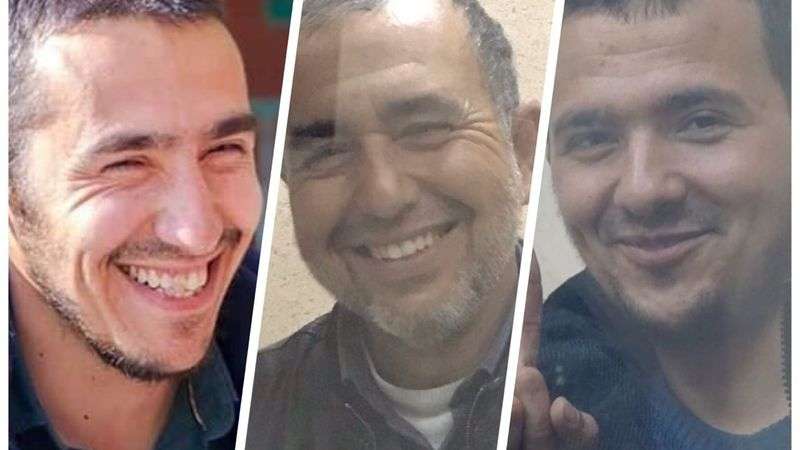 The brothers, Seitumer and Osman Seitumerov,  Rustem Seitmemetov and Amet Suleimanov are charged with involvement in Hizb ut-Tahrir, a peaceful pan-Islamist party which is legal in Ukraine and most other countries.  Russia has never provided any adequate reason for the secret ruling passed by the Russian Supreme Court in 2003 which claimed Hizb ut-Tahrir and some other organizations to be ‘terrorist’.   Like over 70 Crimeans either sentenced or facing ‘trial’ on charges of involvement in Hizb ut-Tahrir, none of the men is accused of any recognizable crime, just of unproven ‘involvement’ in an organization which, in turn, is not known to have committed any acts of terrorism anywhere.

The FSB like such cases which bring them promotion or bonuses for ‘good statistics’, while requiring little actual works.  All such cases must have at least one person accused of being the ‘organizer’ of a Hizb ut-Tahrir group under Article 205.5 § 1  of Russia’s criminal code.  Here no leniency from judges is tolerated, and the sentences are from 17 years to, potentially, life imprisonment.  In this case, fortunately, it is Seitumer Seitumerov, who is safely in mainland Ukraine, who is charged with being ‘organizer’, while the two Seitumerov brothers, Seitmemetov and Suleimanov are all accused of taking part in this alleged Hizb ut-Tahrir group ((Article 205.5 § 2) with this still carrying sentences of 10-20 years.  These horrific sentences are for no crime and, in an ever-increasing number of cases in occupied Crimea are used as weapons against civic activists and journalists who dare to show solidarity with political prisoners and report on repression.