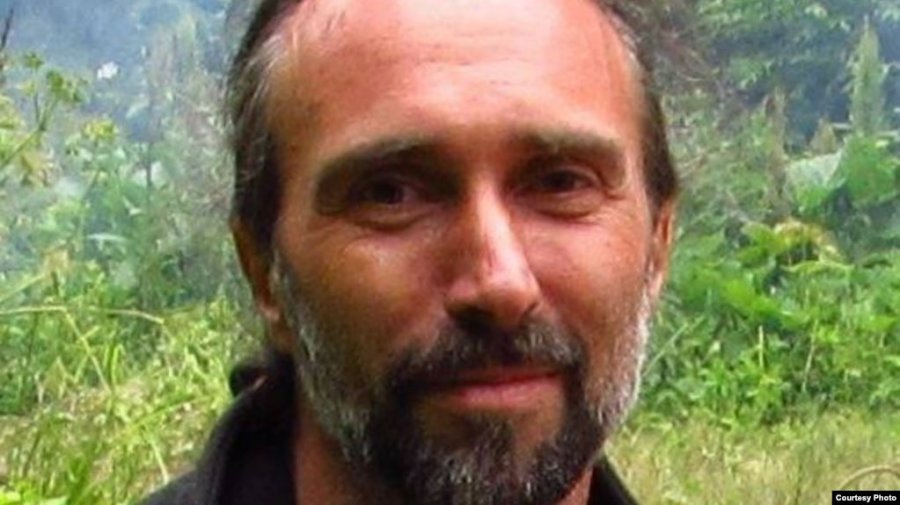 Almost exactly seven years after the first deaths of Euromaidan activists, including the abduction and savage killing of Yury Verbytsky, the European Court of Human Rights has issued damning judgements, finding Ukraine in violation of multiple rights, including the right to life, to liberty and security and the prohibition of torture.

The Court issued several judgements on 21 January in connection with33 applications against Ukraine linked with the Maidan protests.  In one of the judgements (Shmorgunov and Others v. Ukraine) , the Court sets out reasons explaining why all 33 applications could not be merged into one case. It stresses, however, that “an underlying complaint common to all thirty-three applications is that the actions in which the authorities of the respondent State are said to have engaged in order to suppress the Maidan protests were organised, concerted and arbitrary. Therefore, all five judgments handed down on the same day, to the extent that they all relate to the Maidan protests and concern complaints underpinned by this common allegation, should be read as a whole and stresses that they should, nonetheless, “be read as one whole”.

This includes the only application, as yet, over one of Nebesna Sotnya, those killed for their involvement in Euromaidan, or the Revolution of Dignity.  Yury Verbytskyy* was a 51-year-old seismologist from Lviv who had come to Kyiv to join the Maidan protests.  He had sustained an eye injury during the conflict on Maidan and was taken to hospital by Ihor Lutsenko, a well-known journalist and civic activist.  The two men were abducted from the hospital during the early hours of 21 January 2014 by up to 10 men in plain clothes.  Lutsenko survived, and was able to recount that the two men had originally been taken to a garage where they were questioned by unidentified Russian‑speaking individuals about their involvement in the Maidan protests. While Lutsenko answered in Russian, Verbytskyy spoke Ukrainian.  At the time, Lutsenko spoke of Verbytskyy having received particularly savage treatment from their abductors because of his being from Lviv.

It is believed that the perpetrators were so-called ‘titushki’, or government-paid thugs from Bila Tserkva in Kyiv oblast.  There are currently cases very slowly underway in the courts against several men.  Oleksandr Volkov is accused of organizing the abduction, torture and killing of Verbytskyy and abduction and torture of Lutsenko.  His trial, seven years after the killing, is finally coming to an end in the Boryspil Court, with prosecutor Yulia Malashych having asked for a 13-year sentence.   The next hearing is due on 28 January.

The trial is also underway of Oleksandr Medvid who is only accused of abduction, and of two former police officers who are accused of illegally tapping Lutsenko’s phone.

As reported, two other men were arrested in March 2020.  Ivan Novotny is charged with involvement in a criminal organization (i.e. the gang of ‘titushki’) formed to inflict grave and especially grave injuries, and in the abduction and torture of both Verbytskyy and Lutsenko.  Serhiy Myslyvy is accused of killing Verbytskyy, and of passport-related offences, clearly linked with how he managed to live in hiding in France under a false name.

In the Case of Lutsenko and Verbytskyy v. Ukraine, the Court examined the circumstances around both the abduction / killing and the authorities’ ‘investigation.  It found that there had been violations of Article 2 of the European Convention on Human Rights (hereafter the Convention) both with respect to the murder itself, and to the authorities’ failure to carry out an effective official investigation.  The Ukrainian Government had tried to argue that it was ‘premature’ to speak of a violation of the procedural branch of Article 2 (over the lack of effective investigation).  Seven years on, the Court was unconvinced.  It also found that there had been violations of Articles 3 (the prohibition of torture); 5 § 1 (the right to liberty and security) and 11 of the Convention “on account, in particular, of the ill-treatment and persecution of the first applicant and the torture and death of the second applicant’s brother as a result of their implication in the Maidan protests. The Court has also found that much of the abuse was committed by non-State agents who acted with the acquiescence if not the approval of the authorities and that to date no independent and effective official investigation has been conducted into these matters.”

The Court concluded that all of the cases it had examined “point to a deliberate strategy on the part of the authorities, or parts thereof, to hinder and put an end to a protest, the conduct of which was initially peaceful, with rapid recourse to excessive force which resulted in, if not contributed to, an escalation of violence.”

Yury Verbytskyy was one of the first four men killed on Maidan.  On 22 January 2014, 21-year-old Serhiy Nihoyan was killed by sniper bullets to the head and chest.  An hour later it was learned that 25-year-old Mikhail Zhyznevsky had also been shot and killed.  Roman Senyk (45) died three days later of gunshot wounds sustained that day.

The Case of Dubovtsev and Others v. Ukraine

The Case of Vorontsov and Others v. Ukraine

*  The spelling here is that used by ECHR.  Earlier information can be found here using the spelling Verbytsky.