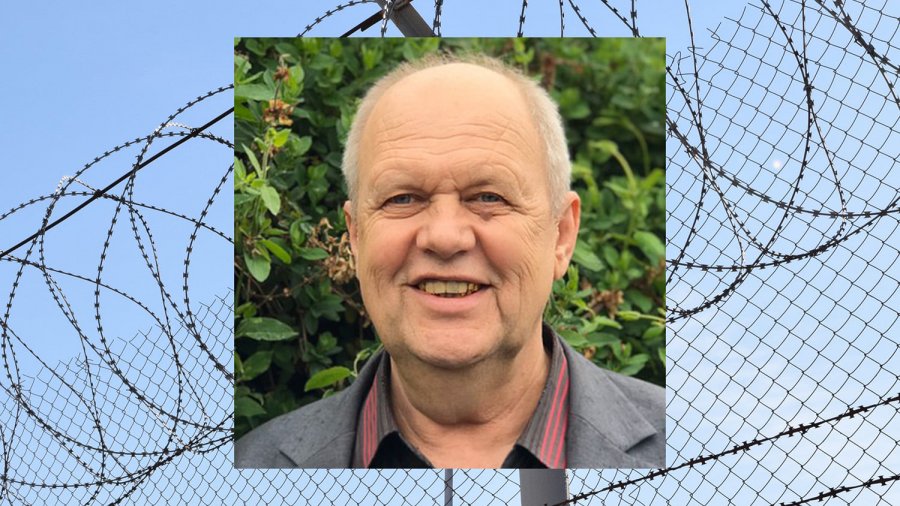 A Russian court has passed a 7.5 year sentence against 63-year-old pensioner Alexander Ivshin for reading and discussing the Bible with friends.  This marks a new record in modern Russia’s persecution of Jehovah’s Witnesses and comes just months after a new escalation in repression against believers in occupied Crimea.  Up till now, two of the Ukrainian believers from Crimea, Serhiy Filatov and Artem Gerasimov, were among the four men serving the longest sentences passed since Russia banned this world faith in April 2017, claiming it, and its followers, to be ‘extremist’.

In all cases, the Jehovah’s Witnesses are charged under Article 282.2 § 1 of Russia’s criminal code (‘(‘organizing the activity of a religious organization whose dissolution has been ordered due to extremist activities’).  This is particularly shocking in Crimea where Russia, as occupying state, is prohibited by international law from applying its legislation, however such flagrant religious persecution also violates Russia’s own Constitution.

Armed searches were carried out in April 2020 of nine homes of believers in the Krasnodar region (Russia).   Alexander Ivshin, a retired engineer with eight grandchildren, was charged with the standard ‘organizing an extremist organization’ and forced to sign an undertaking not to leave the area.  It is worth spelling out what the charge actually entailed. As the JW in Russia report explains, the prosecution claimed that Ivshin “organized services and shared singing of Biblical songs by video-link with the neighbouring town of Abinsk.”  The stress caused by the armed search, interrogation and charges caused Ivshin, then 62, to suffer a hypertensive crisis, which can result in a stroke.

On 10 February 2021, after just four ‘hearings’, judge Alexander Kholoshin from the Abinsk District Court ignored both the elderly man’s state of health, and the lack of any crime, and sentenced Ivshin to seven and a half years’ imprisonment.  The sentence will certainly be appealed, but Ivshin was taken into custody in the courtroom.  Given the conditions of Russian prison colonies, any such term of imprisonment is a virtual death sentence, passed, as Ivshin said in court, for living in accordance with “biblical principles, where there is no extremism and violence.”

On 10 February, armed searches were also carried out at least 15 homes in Moscow and Moscow Region, with at least three men detained.

There does not appear to be any sensible reason why in some cases, believers receive suspended sentences, in others real terms of imprisonment, nor why Kholoshin has broken a new record in Russia’s shameful persecution of Jehovah’s Witnesses, with such a brutally long sentence, especially against a man in his 60s.

It is indicative, however, of the particular repression that Russia has unleashed upon occupied Crimea*, that the first Ukrainian victims of persecution also received horrifically long sentences.

The first ‘mass operation’ against Crimean Jehovah’s Witnesses took place during the night from 15-16 November 2018 when a large number of homes in Dzhankoy were subjected to armed searches. The Russian propaganda media presented these searches, during which a 78-year-old believer was manhandled, as being about breaking up an “extremist cell”, which, they absurdly suggested, could have links with the Ukrainian Security Service.

Serhiy Filatov was briefly detained, and then under a signed undertaking during his ‘trial’ at the Russian-controlled Dzhankoy District Court. The indictment claimed that Filatov “undermined the foundations of the constitutional order and the security of the state”, by supposedly being the leader of a religious organization and praying, together with others, in his home.

The prosecution witnesses were an FSB officer who had illicitly recorded a meeting of believers and a village school teacher who gave contradictory testimony, while the supposed ‘experts’ included a priest from the Russian Orthodox Church.

Now 48, Filatov was sentenced, by ‘judge’ Maria Yermakova, from the Dzhankoy District Court, to six years’ imprisonment, as well as to a five-year ban on engaging in educational work involving public addresses or publications in the media or posting information in the media or Internet, as well as a one-year term of restricted liberty after the prison term.  He was immediately taken into custody.  On 26 May that year the sentence was upheld by ‘judge’ Edward Belousov from the Crimean High Court. 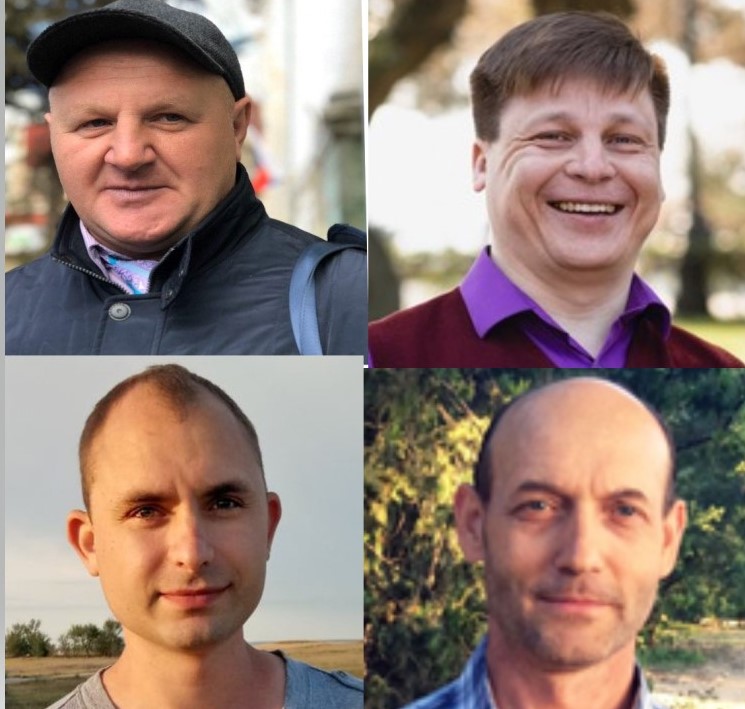 Artem Gerasimov was briefly detained on 20 March 2019 during the second major ‘armed operation’ against Jehovah’s Witnesses in occupied Crimea, and then faced identical charges to those laid against Filatov.  The prosecution claim that Gerasimov had ‘organized extremist activities’ by holding religious services.

The two ‘trials’ were virtually in parallel, with the first-court verdicts both handed down on 5 March 2020.  It now seems likely that this was the real reason why ‘judge’ Vladimir Romanenko from the Yalta City Court ‘only’ imposed a 400 thousand rouble fine, as opposed to the 6.5 year sentence demanded by ‘prosecutor’ Oksana Chuchuyeva.  As was the case with persecution of Crimean Muslims, Moscow probably wanted to test the international reaction to Filatov’s prison sentence.  It is deeply frustrating that such reaction, or its virtual absence, has convinced Russia that such persecution can continue.

Gerasimov’s fine was appealed by the ‘prosecutor’, and on 4 June 2020, the ‘Crimean High Court’ massively increased the sentence – from a fine to six years’ imprisonment.

Both Filatov and 35-year-old Gerasimov are illegally imprisoned in Russia (addresses for writing to them below).

A third ‘trial’ is now underway of 54-year-old Viktor Stashevsky from Sevastopol, who was charged after several armed searches during the night of 4-5 June 2019. Given the appalling sentences already seen in Crimea, it is worrying that the ‘judge’ in this case is Pavel Kryllo from the Gagarin District Court. , Russian already involved in at least one political trial in occupied Crimea (that of Ihor Movenko ). 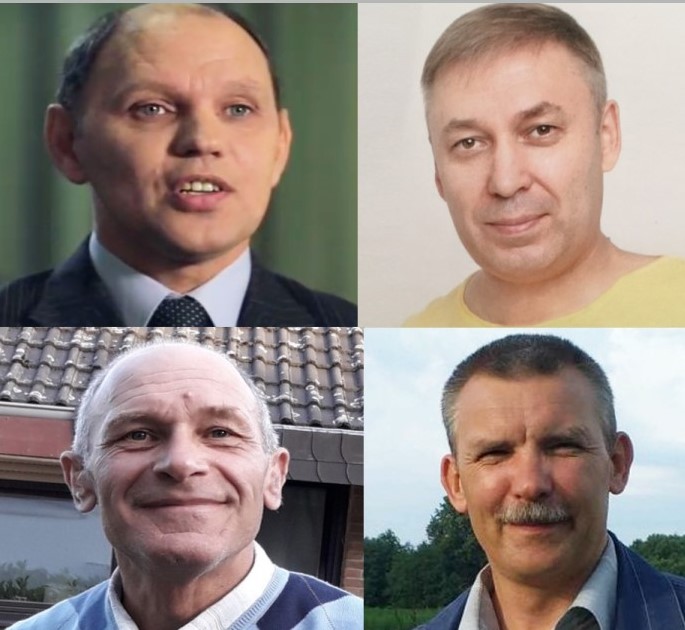 As mentioned, the level of repression is escalating.  The armed searches on nine Jehovah’s Witness homes in Sevastopol on 1 October resulted in the arrests of four men: 51-year-old Yevhen Zhukov; Volodymyr Maladyka (57); Volodymyr Sakada (50) and Ihor Schmidt (48)  All of them were remanded in custody the following day and remain imprisoned to this day.

Even just a few words will let them, and Russia, know that they are not forgotten.  Letters need to be in Russian, and any reference to their case or other ‘sensitive’ subjects should be avoided.

[Hi,  I wish you good health, courage and patience and hope that you will soon be released.  I’m sorry that this letter is short – it’s hard for me to write in Russian., but you are not forgotten. ]

*  In Freedom House’s Freedom in the World 2020 report, Russia received a Not Free rating of 20/100, Russian-occupied Crimea – 5/10 (against Ukraine’s Partly Free 62/100)   https://freedomhouse.org/report/freedom-world/2020/leaderless-struggle-democracy