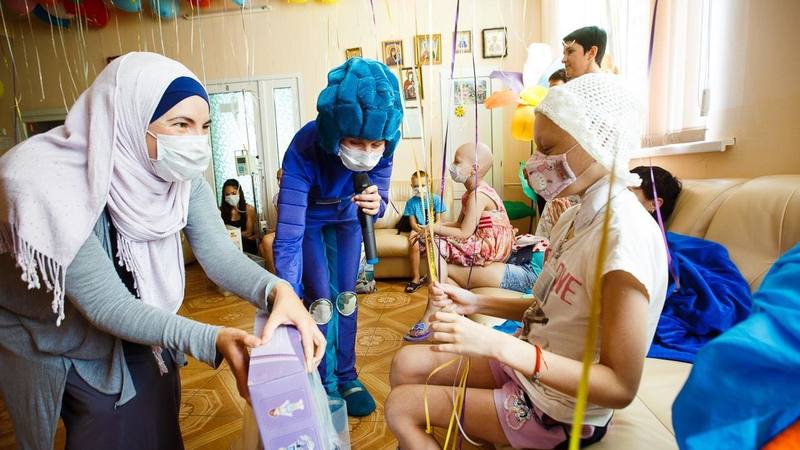 Lilya Reshidova was detained by Russian FSB officers in occupied Simferopol very early on 14 February.  The officers chose maximum intimidation by appearing at the Lugovskaya Clinic maternity ward, where Reshidova was on her shift as a nurse, and taking her away.  The move was described, with cause, by one human rights defender as Russia having hit a new low,

Reshidova, who is Crimean Tatar, is 38 and married with a child.  Many people would find juggling family life with a nursing career already difficult enough.  Not Lilya Reshidova, who devotes huge amounts of time and effort to collecting money and otherwise helping very sick children and families on low income.

Reshidova was released after around seven hours, but according to her lawyer, Islyam Veliliaev, there will be further interrogation. At present she has ‘witness’ status, with the criminal proceedings apparently against others, over supposed ‘sponsoring / fostering terrorism’. however the ostentatious manner in which she was detained, and the lack of detail as to why she has been targeted, hardly inspire confidence that charges will not be laid.

This, in fact, may well be the point of the exercise.  Despite there having been no acts of terrorism under Russian occupation (or before), the FSB have brought countless ‘terrorist’ charges against Crimeans.  As Oleksandr Sedov, from the Crimean Human Rights Group, points out, Russia’s notorious ‘terrorism’ legislation (Article 205.5) applied illegally in occupied Crimea, is used now as Soviet dictator Joseph Stalin once used Article 58, on so-called ‘counter-revolutionary activity’.

The vast majority of such ‘terrorism’ cases in occupied Crimea are against Crimean Tatars, in particular Crimean Tatar civic activists and journalists. A particularly flagrant operation against activists and journalist on 27 March 2019 was condemned by Human Rights Watch as “an unprecedented move to intensify pressure on a group largely critical of Russia’s occupation of the Crimean Peninsula”. The international NGO was clear that Russia’s attempt “to portray politically active Crimean Tatars as terrorists” was aimed at silencing them.  Freedom House and Civil Rights Defenders said that the arrests were “ transparently aimed at striking fear into a community that has suffered severely during Russia’s occupation of Crimea”.

Russia has already imprisoned around 70 Crimean Tatar or other Crimean Muslims, charging them with involvement in the peaceful Hizb ut-Tahrir party which is legal in Ukraine and most countries.  The fact that Russia’s Supreme Court declared it ‘terrorist’ in 2003, after keeping the hearing secret, and without providing an explanation, is deemed sufficient to sentence men who have committed no crime, to up to 20 years.

Russia has also used another ‘terrorism’ charge against Crimean Tatar civic journalist, Nariman Memedeminov, one of the first people to have begun attending and reporting on political trials.  Memedeminov and his family were subjected to an armed search and then he was imprisoned for two and a half years.  He was accused of ‘public calls to carry out terrorist activities, public justification of terrorism or propaganda of terrorism via the Internet’ (Article 205.2 § 2) on the basis of three YouTube videos, two of them before Russia’s invasion and not one of them containing any such ‘public calls’ (details here).

The FSB also seized and interrogated four Crimean Tatar activists, and is now putting them all on ‘trial’ under the same ‘terrorism’ legislation.  In this case they are charged with failure to report a person to the FSB, with this referring to a social media discussion five years earlier (details here). .

The heavy-handed measures against Reshidova on Sunday morning appear to have been in connection with charges, under Article 205.1 , of ‘sponsoring’ or ‘fostering’ terrorism. Reshidova helps children who are gravely ill.

Server Cholakchik from Crimean Solidarity clearly sees the measures as aimed at deterring people from trying to help one another, by demonstrating the dire consequences that this could have.