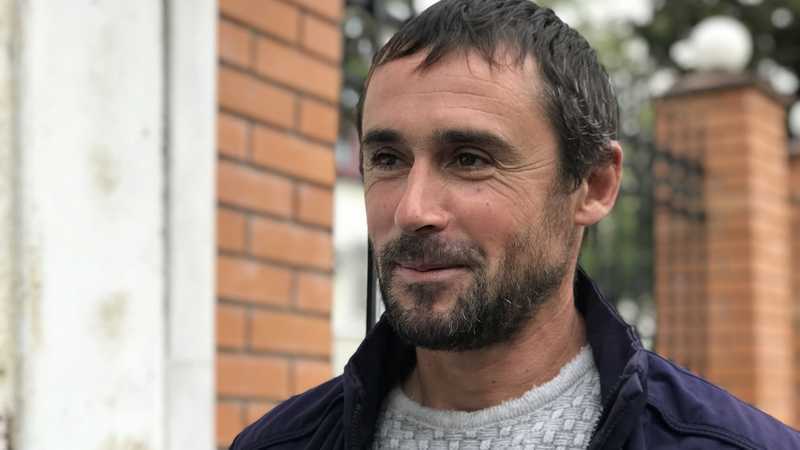 A ‘court’ in Russian-occupied Sevastopol has found Ruslan Bekirov guilty of giving false testimony and sentenced him to 300 hours community work.  The sentence was less than that demanded by the ‘prosecutor’, but is, nonetheless, shocking as ‘judge’ Igor Goncharov must have known that Bekirov was being punished for telling the truth.

The criminal charges against 35-year-old Bekirov were initiated almost a year after Bekirov found the courage in court to not only retract false testimony given against recognized political prisoner Enver Seytosmanov, but to lodge a formal complaint over the methods used by the Russian FSB to obtain the testimony. The FSB turned up at Bekirov’s home near Sevastopol on 10 May 2020, and took him away. He was released later that day, but presented with the ‘false testimony’ charge.

The actual false testimony had been forced out him by FSB officers who detained him back in March 2019.

Bekirov was released once he agreed to ‘testify’, however in court on 21 August, 2019,  he not only refused to confirm the written testimony given earlier, but described how it had been obtained.  He explained that he had been summoned to a police department where several armed men in FSB uniform and balaclavas twisted his arms behind his back and forced him into their car.  He was taken to the FSB in Sevastopol where ‘investigator’ Yuri Andreyev began showing him ‘prohibited’ books that he claimed had been removed from the home of Bekirov’s mother.  Andreyev also played a recording, claiming that the voice on it was Bekirov’s and that it proved his involvement in Hizb ut-Tahrir.  This is the peaceful Muslim party which is legal in Ukraine, but which Russia has labelled ‘terrorist’ and is using to persecute Crimean Tatar activists and other Muslims in occupied Crimea.  Such charges could lead to a sentence of 10-20 years’ imprisonment and there were no grounds for believing that Russian and Russian-controlled courts would not pass the sentences demanded of them.

Lawyer Emil Kurbedinov reported back in October 2019 that a ‘pre-investigation check’ had been ordered into Bekirov’s allegations.  Predictably, that ‘pre-investigation’ found no evidence of a crime and the request for criminal proceedings was rejected, with criminal charges instead laid against Bekirov.

The ‘trial’ at the Russian-controlled Nakhimovsky District Court in Sevastopol was as cynically lawless as the charges, with the ‘testimony’ against Bekirov coming from a ‘secret witness’  whose written statement, indeed, whose very existence, could not be verified.  The FSB claimed that the individual had left Crimea and the Russian Federation; acknowledged that he was not under state protection and provided absolutely no evidence of any threat to the ‘witness’, yet ‘judge’ Goncharov rejected the defence’s application for the individual to be identified.

It should be stressed that all of the risks for Ruslan Bekirov, as this ‘trial’ has demonstrated,  lay in telling the truth in court.  His account in court coincides with the testimony of several Crimean Tatars who have resisted attempts by the FSB to force them to testify against political prisoners.

Now 34, Seytosmanov has been recognized as a political prisoner by the renowned Memorial Human Rights Centre and his release demanded in numerous resolutions by international bodies. Seytosmanov was sentenced to 17 years’ maximum security imprisonment on 5 December 2019, with that sentence upheld on 16 April 2020.   He had not been charged with any recognizable crime and the ‘evidence’ which was supposed to prove his ‘involvement’ in a peaceful organization did nothing of the kind. There were also serious grounds for believing that the charges were increased in April this year for highly suspect reasons.  More details here: Crimean Tatar jailed for 17 years for “planning to overthrow Russia” by practising his faith