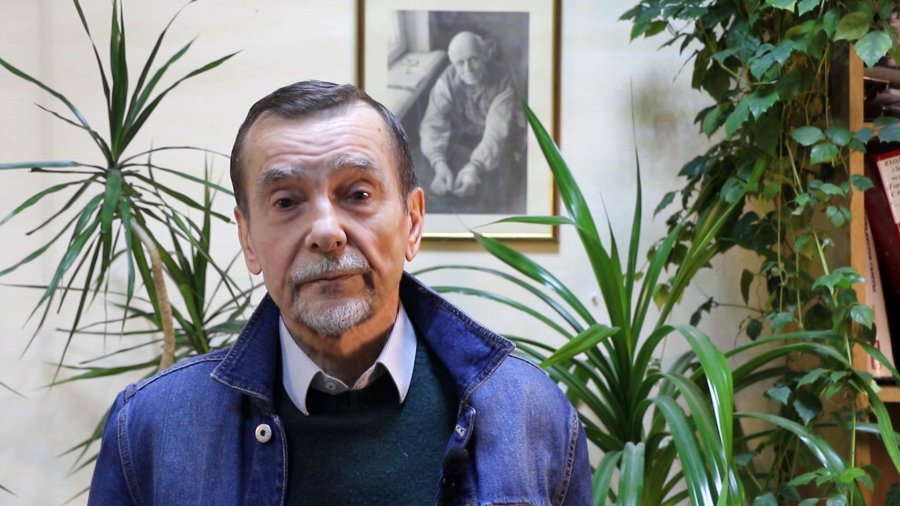 Moscow has finally achieved its end and brought about the dissolution of one of the country’s most renowned human rights NGOs: ‘For Human Rights’, which consistently speaks out in defence of the ever-mounting number of political prisoners in Russia and occupied Crimea.  Its founder, the veteran rights defender Lev Ponomaryov announced the move a day after a new law came into force, imposing further repressive measures against those the regime wants to stigmatize as ‘foreign agents’.  79-year-old Ponomaryov stresses that he is not giving up, but says that he cannot place those experts and others who have worked with ‘For Human Rights’ in danger.

It is likely, as Ponomaryov believes, that his and other major rights organizations were targeted in the new legislation.  It is not, after all, the first attempt to get rid of the NGO ‘For Human Rights’ [«За права человека»].  In November 2019, Russia’s Supreme Court allowed a Justice Ministry application and ordered the NGO’s  dissolution (details here).

Ponomaryov has been an active defender of human rights since the 1980s, and has been extremely critical of the dismantling of fundamental rights under President Vladimir Putin.  His was one of the many prominent NGOs targeted in the move to force all NGOs that received any foreign funding to register as so-called ‘foreign agents’.

After the ruling dissolving the registered NGO in November 2019, Ponomaryov decided to continue their activities as a non-registered organization, however the new amendments have now made this impossible.

Russian legislators have been systematically broadening the scope and repressive force of the Law on so-called ‘foreign agents’ since it was first adopted in 2012.  The amendments signed into force by Russian President Vladimir Putin at the end of 2020 significantly increase the number of potential ‘foreign agents’ and provide further means for controlling their activities and, potentially, closing them down.

The amendments included changes to the Code of administrative offences with one of the requirements imposed on any individuals with any connection at all to an NGO, which has been placed on Russia’s list of so-called ‘foreign agents’.  From 1 March 2021, such individuals must accompany any public statements which the authorities could classify as ‘political activities’ with the following words: “This message (material) has been created and circulated by a foreign means of mass information, carrying out the functions of a foreign agent and / or a Russian legal entity carrying out the functions of a foreign agent.”

It is clear from the use of similar requirements earlier to impose crippling fines of the Memorial Human Rights Centre and Memorial Society that this new amendment is likely to be used very widely in imposing fines for not having the above statement on, for example, social media posts or in Zoom interviews.

Ponomaryov explained on 2 March that he had taken the decision to formally dissolve the NGO ‘For Human Rights’ because of the above amendments and for the sake of experts and specialists throughout the Russian Federation who will face prohibitive fines for being associated with the NGO.  He pointed to the absurdity of the new requirements meaning that even an organization, like his own, that is no longer registered as an NGO, will still have to ‘register’ as a ‘foreign agent’, with this having consequences for anybody linked to the organization.  Around one thousand people throughout Russia (and perhaps occupied Crimea) currently hold ID as experts of ‘For Human Rights’.  This is, he adds, a kind of network which the NGO does not in any way control, with the latter merely providing professional assistance where needed to people resolving their own local issues.  All of these people are likely to continue giving interviews to the media, making comments on social media, etc., with all of this putting them in danger of administrative prosecution and fines for not adding the above ‘phrase about foreign agents’.

“ I hope that this is temporary”, Ponomaryov added. “I hope that the situation in our country will change and NGOs will not be enemies in our state. But now we are simply called enemies.  It should be borne in mind that we are merely doing very many useful things for society, for people – we help people, sometimes even save lives.”

As reported earlier, the new restrictions on so-called ‘foreign agent’ were among several laws pushed through the State Duma in the last months of 2020.  Another bill made it possible to imprison those labelled ‘foreign agents’ for up to five years if they did not register as ‘foreign agents’ or failed to provide the required reports on their activities.

The 2012 ‘foreign agent’ law received international condemnation and was widely understood as trying to stigmatize renowned human rights organizations, and create the impression that they were somehow a ‘fifth column’ merely because they received foreign grants.  Such grants are standard in any country and, in the Russian Federation, are essentially a lifeline, enabling NGOs to carry out their activities which, as Ponamaryov points out, are generally about helping people.

‘Foreign agents’ will now be obliged to provide the Justice Ministry with their programs and “other documents” about planned events, which the ministry will be able to stop.  The amendments not only make it possible to label as ‘foreign agents’  unregistered civic organizations, if these are deemed to be carrying out ‘political activities’, but to also broaden the category of ‘individual foreign agents’.  The term ‘political activities’ is extremely woolly and could easily include involvement in a public debate or peaceful demonstration.