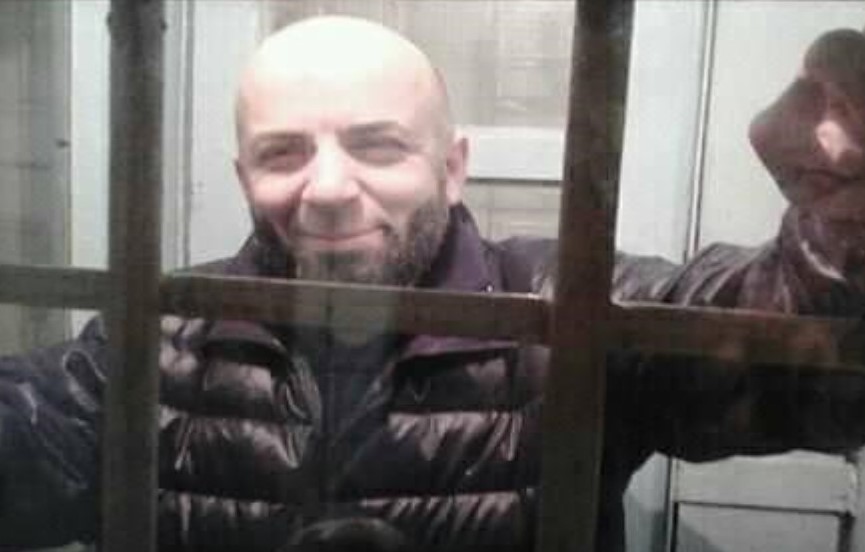 Teymur Abdullayev has spent virtually all of the last year in a Russian SHIZO or punishment cell, where the conditions are tantamount to torture.  His lawyer, Emil Kurbedinov, reports that the Crimean Tatar political prisoner is receiving particularly bad treatment because he rejected attempts by the Russian FSB to get him to collaborate with them, by providing testimony against others, etc.  Kurbedinov adds that the FSB essentially hinted that he was being punished for refusing to cave in.  The Office of the UN High Commissioner for Human Rights [OHCHR] has now begun monitoring the situation which is causing a severe, and potentially life-threatening, deterioration in Abdullayev’s state of health.

During the last (virtual) meeting of the Crimean Solidarity civic initiative, Kurbedinov gave details of the kind of treatment that Teymur Abdullayev has been subjected to since his arrival at the prison colony in Salavat (Bashkortostan) in March 2020.  While it is part of the standard brutality towards political prisoners for them to be placed in punishment cells immediately after their arrival, Abdullayev has spent scarcely any time outside such a cell,  He has therefore been held most of the time in solitary confinement in a small cell, where the bunk bed is only lowered for several hours from late at night, and raised by about 4-5 a.m.  This means that Abdullayev can only stand or sit on an uncomfortable wooden stool for most hours of the day.   These are, Kurbedinov stressed, torture conditions and he reiterated the words from his colleague Nikolai Polozov, that there needs to be constant monitoring of the conditions that all political prisoners are held in, both in SIZO, or remand prison, and in prison colonies

Abdullayev contracted Covid-19 in November 2020, yet despite having a high temperature and other typical symptoms, he was yet again placed in a punishment cell, rather than being admitted to the prison medical unit.

Abdullayev’s health in general has seriously deteriorated and a local lawyer who recently visited him reported suspected hypertensive crisis.  His mother, Dilyaver Abdullayeva, is herself a doctor and is in no doubt that the Russian prison authorities are risking her son’s life. His blood pressure is constantly high, at 190 over 100, with this carrying the threat of a stroke or heart attack.  She believes that the fact that the lower of the two readings is so high suggests that his organism is being poisoned.  His kidneys are also not functioning properly, and how could they, she asks, when he gets almost no liquids, and never anything hot?

A request has been made to the OHCHR to impose urgent measures.  As always, Russia has responded by claiming that there are no violations, and no danger to Abdullayev.  Kurbedinov stresses, however, that they are continuing to seek this and have also lodged several complaints with the courts.

Teymur and his brother Uzeir Abdullayev, Emil Dzemadenov; Rustem Ismailov and Aider Saledinov have been imprisoned since 12 October 2016.  All have been recognized as political prisoners by the renowned Memorial Human Rights Centre, and their release has been demanded in countless UN, OSCE, European Parliament and other resolutions.  As well as pointing to the gravely flawed charges against the men, Memorial HRC has also stressed here and in all such ‘trials’ of Crimean Tatars and other Crimean Ukrainians that Russia is an occupying state, and as such is in breach of international law by using its own legislation on occupied territory. Russia has also been found in violation of Article 8 of the European Convention on Human Rights (the right to family life) through its imprisonment of prisoners very far from their homes.  Most of the Crimean Ukrainians are held in Russia, thousands of kilometres from their families.