Russia exploits war veterans for offensive against opposition activists and historical truth Crimean Tatar poet under criminal investigation in Russian-occupied Crimea for anti-war verseCrimean Tatar woman charged with ‘inciting hatred towards Russians’ over 4-year-old social media repostsCrimean Tatar, jailed on fake extremism charges, refuses to be cowered into silenceCrimean Tatar beaten so he couldn’t stand in court & jailed for alleged comments about RussiansFormer Kremlin hostages put release of all Ukrainian political prisoners on the agenda Crimean Resistance to Russian Aggression and Moscow’s Savage Revenge Protests throughout Ukraine following 7-year sentence against civic activist Serhiy SternenkoRussia reverts to worst Soviet times in reprisal sentence against historian of the Terror Yury DmitrievExposing the ‘experts" who secretly help to imprison Crimean and Russian political prisoners Outrage as Ukraine’s Culture Minister allows synagogue to be built on graveyard at Babyn Yar Not just Navalny. EU sanctions needed over 18-year sentences against Crimean political prisoners New Russian offensive to deprive imprisoned Russian Historian of the Terror Yury Dmitriev of his lawyer “Now and then the flame dies down, but solidarity is a stream of sparks”2020: There was no worse year in the realm of human rights after the Revolution of DignityBandera. An Invitation to a Calmer ConversationA brief description of the KHPG strategic litigations in July–December 2020Moscow’s proxy ‘republics’ announce that Donbas is and always was ‘Russian’Russian oligarch plans for Babyn Yar seem aimed at fuelling anti-Semitism in Ukraine MPs challenged to fight Russian repression by adopting a Ukrainian political prisoner
• Topics / News from the CIS countries 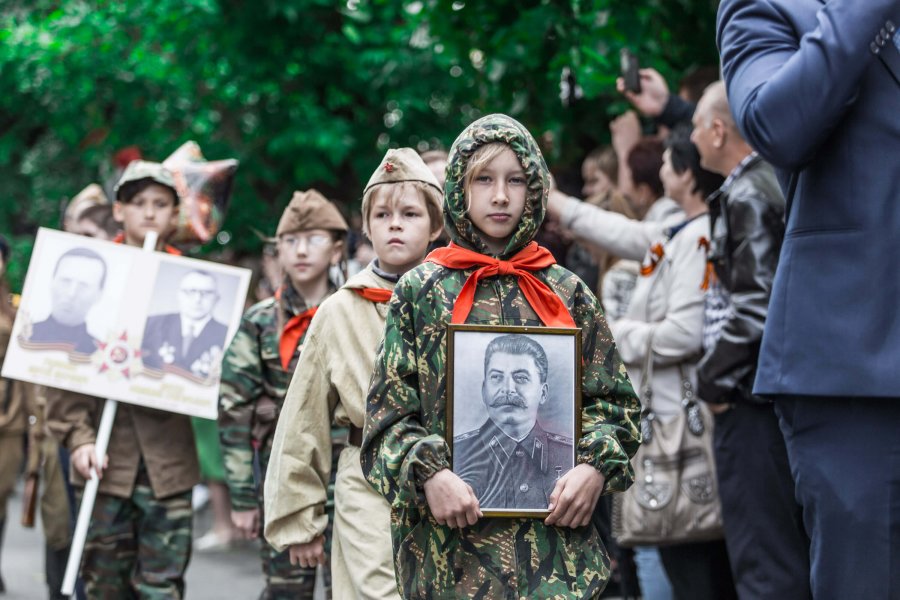 Russia’s Defence Minister, Sergei Shoigu has issued orders which effectively block almost all access to Russian military archives from the period of the Second World War.  The move is especially alarming given the current regime’s systematic attempts to push its own narrative about that period, distorting or muffling historical facts, for example, about the Soviet Union’s collaboration with Nazi Germany from 1939 to June 1941.

It is typical that Order No. 591 was issued back on 12 November 2020, but only published over four months later, on 23 March 2021.  The delay was doubtless deliberate, leaving almost no time to organize protest or for researchers to spend time examining archival material before the measures come into effect on 1 April.    .

The order cancels earlier orders, from 8 May 2007 and 30 May 2009 which declassified archival documents about the Red Army and Marine Fleet during what Russia is now, like in Soviet times, calling the Great Patriotic War 1941-1945.  There is, admittedly, another Order No. 589  from the same date which came into force from 1 January 2021.  Representatives of the Defence Ministry have tried to claim that the Orders, in fact, promote greater, not lesser, openness.  They point out that Order No. 589, is broader than those from 2007 and 2009 since it covers the period from 1939-1941, as well as the Soviet-Japanese War.

It may well cover them, but the chances of gaining access to any of the material have been reduced to near zero. Shoigu’s Order No. 589 envisages ‘an expert opinion’ on all documents, to be considered by ‘expert commissions’ up till the end of 2024.

Historian Boris Sokolov is convinced that all of this “practically stops the declassification of documents from 1939 to 1945 and blocks access for independent researchers to Defence Ministry documents. It is clear that until the work of the expert commissions ends, that is, until the end of 2024, none of the documents whose declassification was envisaged by the 2007 Order will be issued to researchers.”

He warns that even though material already posted on the Internet, should remain publicly available, the Defence Ministry may quietly remove even some of those.  He cites official statistics, according to which the Defence Ministry’s archives contained over 20 million archival cases and almost 60.5 million military medical documents.  Of these, almost 11 million pertain to the War from 1941-1945.

Modern Russia’s willingness to open out was always strictly limited.  Sokolov points out, for example, that about half of the files held in the Defence Ministry archives pertain to the history of the Soviet and Russian armed forces after the War, up to the present time.  None of this material has even been declassified.

The trouble now is that it will be up to the Defence Ministry what gets published, and what remains secret.  Sokolov is surely right in assuming that there will be clamps on anything which gives a negative impression regarding the Red Army and the Soviet authorities.  This will include information about the real losses of the Soviet armed forces where these differ from those officially provided, as well as about the greatest military blunders and failures of the Red Army.

There have been persistent attempts, especially under President Vladimir Putin, to rewrite the first two years of WWII, especially the Molotov-Ribbentrop Agreement and the secret protocol which carved up what was then Poland between Nazi Germany and the USSR.   These have reached surreal proportions, with attempts to blame Poland for the outbreak of the War although it was Poland that was first invaded.  One Russian citizen, Vladimir Luzgin,  has already been put on trial for reposting an article on his social network page entitled ‘15 facts about Bandera supporters, or what the Kremlin is silent about’. This states, quite correctly, that “the communists and Germany jointly invaded Poland, sparking off the Second World War.  That is, communism and Nazism closely collaborated…”

Luzgin’s conviction was upheld by Russia’s Supreme Court on September 1, 2016, the 77th anniversary of Nazi Germany’s s invasion of Poland, 17 days before the anniversary of the Soviet invasion from the east.

It is very likely that the Defence Ministry will also ensure that no archives are released that put dictator and mass murder Joseph Stalin in a negative light.  There have been systematic moves under Putin to effectively ‘rehabilitate’ Stalin, rather than his victims.  These have included glorification of the Soviet role in defeating Nazism, with Stalin attributed a role that he assuredly did not deserve.  Stalin’s invasion of what was then Poland in 1939; his refusal to heed high-level warnings of Hitler’s imminent invasion in June 1941; the purge of military generals on the eve of the War; as well as heinous crimes such as the Katyn Massacre in 1940 and the Deportation of the Crimean Tatars in May 1944, are all increasingly distorted in Russian history textbooks, or concealed altogether.

Legislation is also likely to be fully adopted shortly in Russia which is also clearly intended to silence those daring to question the official narrative about the Second World War.  The bill proposes amendments to Article 254.1 of the Russian criminal code, introducing criminal liability for “insulting veterans of ‘the Great Patriotic War’. Judging by one of the recent politically-motivated trials of opposition politician  Alexei Navalny, a person could end up charged with such ‘denigration’ even if their comment was entirely unrelated to the person’s role in the War (details here).